British people would much prefer to have a holiday with England captain Wayne Rooney over Portugal's Cristiano Ronaldo.

24 percent of British people would prefer to spend a holiday with Wayne Rooney over exotic Portuguese player Cristiano Ronaldo. The new research was revealed by the official national accommodation sponsor for the European Football Championship, HomeAway.

Belgian player, Eden Hazard was a close third, followed by Gareth Bale and Zlatan Ibrahimovic closing out the top five.

Yvonne Bonanati at HomeAway said: ''We know our guests love being able to hire whole apartments for their holidays, but it seems Brits are willing to allow an extra guest when it comes to footballing legends. With England's second EURO 2016 game tonight, fans are clearing getting behind the team, with Wayne Rooney topping our polling of footballers they'd most like joining their summer holiday.'' 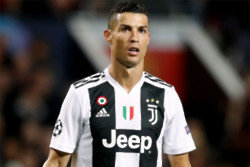