The British Legal system only began to update in 1965 but before that there were many laws still in place that, while perfectly reasonable at the time, sound utterly ridiculous now! We’ve picked out the best ones for you to enjoy.

1. It was illegal to die in the Houses of Parliament – simply because if you did you would become under the jurisdiction of the royal coroner and could have been entitled a state funeral.

2. It was also illegal to enter Parliament wearing a suit of armour…

4. It is still legal for a pregnant woman to relieve herself wherever she wants – including in a policeman’s helmet should she have the urge!

5. You cannot enter the hull of the Titanic under the Protection of Wrecks order 2003 without permission of the secretary for state.

6. In Scotland, it is an offence to be drunk whilst in charge of a cow. This law also applies to horses and steam engines across the rest of the country under the Licencing Act 1872.

7. You must carry a bale of hay in your vehicle at all times, why? To feed the horse of course!

8. In London it is illegal for cab drivers to transport rabid dogs and corpses…

9. Polish potatoes are illegal in England… no seriously, under the Polish Potatoes (Notification) in England Order 2004, “No person shall, in the course of business, import into England potatoes which he knows to be or has reasonable cause to suspect to be Polish potatoes.”

10. It is illegal to gamble in a library as of 1898 – internet gambling is off the cards then! The same law prohibits “abusive or obscene language” in there too.

11. You could be breaking the law if you have a pigsty in front of your house, unless it is duly hidden. As good of an excuse as any to keep your front garden nice and tidy!

12. It is illegal to beat or shake your carpet, mat or rug. You may beat your doormat but only before 8 in the morning!

13. Any washing line that is put up across a street is an illegal erection.

14. It was illegal to eat mince pies on Christmas day – we found this hard to believe too, but Oliver Cromwell actually banned these yummy treats when he was attempting to tackle rising gluttony.

15. All dead beached whales must be offered to the monarch before you can do anything else with them. Realistically, the royal family have no interest in beached whales, your best bet should you ever come across such a sad sight would be to contact the Natural History Museum or the police.

16. The death sentence still applies if you poach a royal deer or allow your pet to mate with a pet from the royal household without due permission. Note to self – don’t take the dog for a walk around St. James’ Park any time soon!

17. It is still illegal to eat Mute Swan as they belong to the Queen and only she is legally allowed to eat them, weirdly you are an exception if you are a guest of St. John’s College in Cambridge though.

18. The royal family are forbidden from marrying Catholics – clearly created when Henry VIII disowned the Catholic Church and created the Church of England, although it’s hard to imagine this being enforced today.

19. It is illegal to sew the royal coat of arms onto a bed quilt. Go figure! 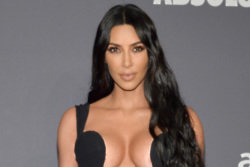 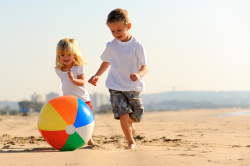 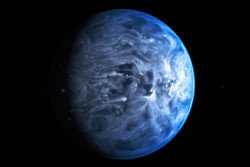