Tortoise found after being lost for a year

Maxi the tortoise has been found a year after going missing - just half a mile from the home of his owner Ruaidhri Jukes.

A tortoise has been found a year after going missing - just half a mile from his home. 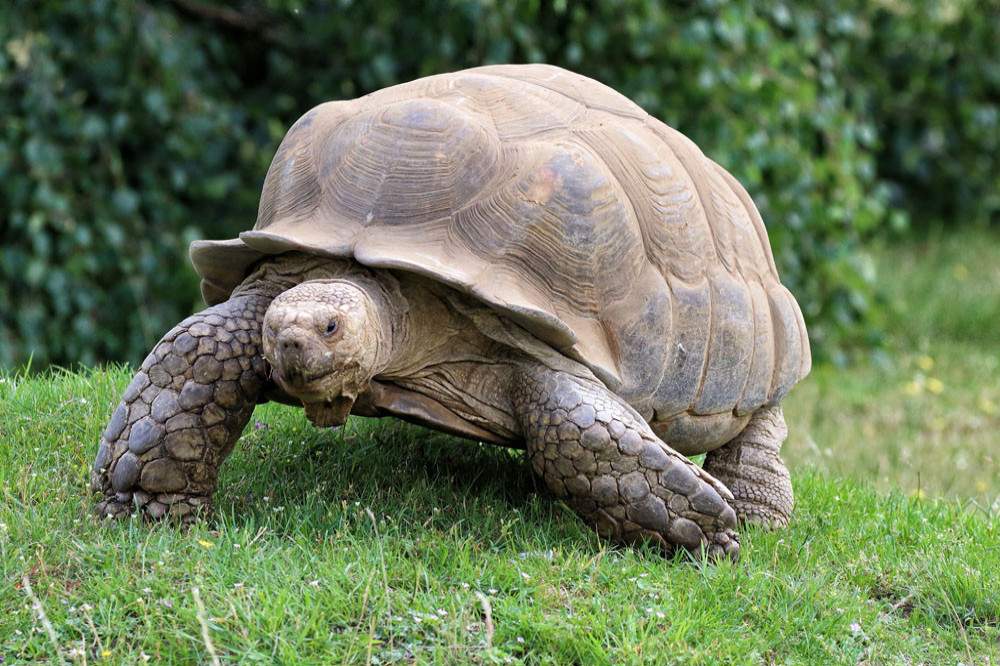 Maxi made a bid for freedom after scaling his enclosure last year and travelled at a speed of just 0.00007 mph when he was spotted in a farmer's field in Wiltshire by dog walkers Susie Thomas and Linda Rogers.

The pair were able to track down Maxi's owner Ruaidhri Jukes who had given up on finding his pet tortoise.

Jukes explained that it wasn't the first time Maxi had tried to escape and revealed that he returned home safe and sound.

He told The Sun newspaper: "I don’t know how he escaped — he just was not in there any more.

"He’s back and he’s safe and he needs a little bit of TLC but he’ll be OK."