Naomi Watasa Lumutenga and Taaya Griffith write a piece for Female First upon the release of their new book 2020 The Year that Changed The World.

On 11th August 2020 Joe Biden audaciously named California’s Senator, Kamala Harris, a daughter of immigrants (Professor Donald Harris from Jamaica and Shyamala Gopalan, a scientist and activist from India), who had been his opponent in the race for nomination. 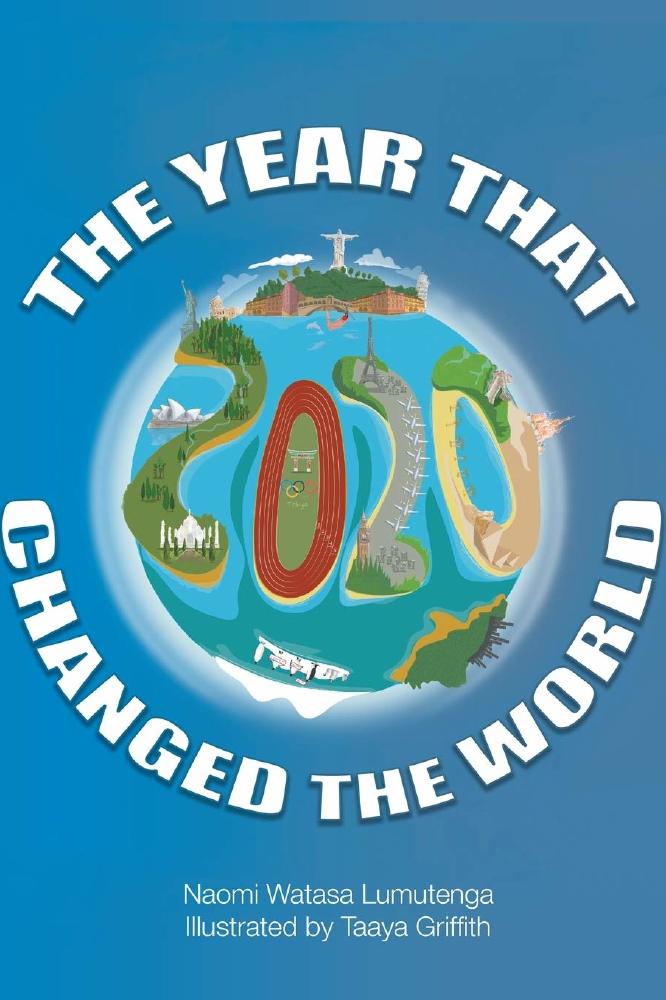 The Year That 2020 Changed The World

Addressing the little girls watching her, she declared that she ‘…might be the first in this position but I won’t be the last’

The World Trade Organization, the global body responsible for trade regulations appointed its first female Director General, Nigerian-born Dr. Ngozi Okonjo-Iweala. On the shoulders of this African wife (to Dr Iweala), mother, and grandmother rests hope for African down-trodden women whose enormous contribution to their respective economies rarely gets mentioned.

New Zealand Prime Minister Jacinta Arden appointed the first Indigenous Foreign Affairs minister, Nanacia Mahura in probably the most diverse Cabinet in the world. Ms Mahuta, was first elected to parliament in 1996 and was previously minister of local government and Maori development.

2. ACTS OF KINDNESS IN THE COMMUNITY

World War veteran Captain Sir Tom Moore raised over £32m for the NHS and inspired many others. His 100th birthday was honoured with an RAF flypast and cards from HM Queen Elizabeth and British PM Boris Johnson.

Inspired by Captain Tom Moore, Tony Hudgell, a 5-year-old double amputee, from Kings Hill in Kent won the Pride of Britain award, after walking 6 miles on his prosthetic legs and crutches and raising over £1 million for Evelina London Children's Hospital in Lambeth, that had saved his life.

Sette Buenaventura, a British 26-year-old nurse at the Salford Royal Hospital in Manchester had her leg amputated, due to a sarcoma (malignant tumour) and explained that, "When Covid-19 kicked off, ….we didn’t have time to worry about aches and pains."

Patrick Hutchinson, a BLM protester, and a personal trainer from South London carried an injured White former policeman, a counter-protester with the Far-Right movement and later said he ‘…was just trying to avoid a catastrophe’.

3. A BREAK-THROUGH IN COVID-19 VACCINATIONS:

The husband-and-wife researchers Ugur Sahin and Ozlen Tureci of Turkish backgrounds, led the break-through of vaccines for the coronavirus, funded by Pfizer, through their BioNTech laboratory. The UK government approved use of the Pfizer vaccine from 8th December.

Rashford’s letter to the British Government in which he cited his own childhood poverty caused government to change policy and provide school meals to the end of the year.

Upon receiving news of his MBE, after raising over £20 million, Rashford paid tribute his mother,‘.. special moment for myself and my family, but particularly my mum..)

5. CLAP FOR THE HEROES

In the UK government released over £400 billion to help businesses, pay salaries of furloughed workers, house homeless people and, in August offered to split the food bill with customers (capped at £10) eating at restaurants on Monday to Wednesday.

In Chile, pumas prowled the streets of Santiago; in Italy, dolphins showed up in Trieste harbour, while clear canals in Venice enabled citing of shoals of fish. Buffalos roamed empty highways in New Delhi. Residents of Harold Hill in East London (UK) had fallow deer grazing on their lawns. In South Africa, penguins waddled through streets of Simonstown, near Cape Town; kudu often nibbled suburban lawns near Pretoria and, a lions-hyenas-impalas-wild dogs alliance relaxed in Skukuza Golf Course, near Kruger National Park.

‘I missed my grandchildren so much but, I have now conquered my phobia for computers. Even after the lockdown I will use technology.

Under Prime Minister Jacinda Ardern, 40, New Zealand became the champion of prevention and response to the coronavirus pandemic. At the time of writing, New Zealand had fewer than 1,600 cases, 22 deaths.

Taiwan’s President Tsai Ing-wen’s swift and effective strategies which included community mindedness, a willingness for people to sacrifice individual pleasures for the sake of their community helped to contain and control the spread of the coronavirus.

In Iceland, following the first case of Covid-19 on February 28th, all 56 contacts were traced and quarantined for 14 days. Prime Minister, Katrin Jackobsdottir’s coalition government focused on testing, sequencing, and social distancing, keeping coronavirus cases under 2,000 with only 10 deaths.

Hope followed climate related hazards that included 1) the warmest January–July since regional records began in 1910; 2) over 8,100 wildfires that burned over 3.7 million acres in California; 3) a record number of tropical storms in a single year, in USA; 4) floods in China and Japan, that killed over 140 and displaced over 38 million people; 4) Storm Alex that destroyed property and killed at least 7 people Southern France and Northern Italy; 5) floods across 11 West and Central African countries that displaced around 760,000 killed 110 people.

In June, China’s president Xi surprised many when he promised to be carbon-neutral, by 2060.

In October, Britain’s Prince William and renowned Sir David Attenborough jointly launched a $65 million Earthshot Prize, described as the ‘Nobel Prize for Environmentalism’. Five recipients of the annual award will receive $1.3 million each, for innovative solutions to the world’s environmental challenges.

In November, US President-elect Joe Biden pledged to re-join the Paris Agreement.

RELATED: Writing about WW2 during a pandemic by Nancy Revell, author of The Shipyard Girls series

During the five years I have been writing The Shipyard Girls series, I’m often struck by how much society has changed – and also how little. How we have taken great steps forward, but also in many ways, we haven’t moved on at all. Of course, sometimes my perception depends on how positive – or negative – I’m feeling at that moment in time!... to read more click HERE