1. What can you tell us about your new book Monsieur?

Monsieur is the story of the love affair between Ellie, a twenty-year old girl, and Monsieur, a married surgeon more than twice her age. I would describe it a semi autobiographical as I based it on my own experiences. It deals with learning about love, building your hopes up and having them fulfilled or washed away, it is a coming of age story.

2. The book is semi autobiographical; can you expand on this for us?

I changed various details in Monsieur, important information like names, features, the number of children Monsieur has- anything that could get him into trouble. This is actually the only reason why the book isn't completely autobiographical. The most important reason on why I wrote the book was to keep in touch with him. The novel is filled with dreams I had about him, things I would have wanted him to know, things I should have said to him, secrets I kept. It's actually both a story and a fantasy about this man, and I had the opportunity to create scenes and confrontations that we didn't have and rendezvous that he didn't allow me.

3. The book has a format of text messaging and Facebook messages, so why did you decide to set it our like this?

To me, the book accurately represents the memories of this story I had with Monsieur, and I decided not to rearrange the way it all started. It was a period where Facebook took more and more space and importance in human relationships, and I wanted the book to be a witness of this change in our way of communicating. And because the beginning of the affair was all written in our texts messages, I didn't want to re-write it and lose the authenticity of our approach.

4. The book contains several poems, how important is poetry to you as well as writing prose?

I think poetry is the musical version of prose. I like to think about these moments where we exchange poems as "singing" moments, shared like lullabies that would accompany us all through our days and nights. I do have a thing for verses, quaint and melodic poetry from the XIXth century, although I had a major crush two years ago for W.C William's Paterson. I also like Bataille's poetry, which contains almost no rhymes but carries a sense of solemnity and the art of embracing the whole world with a few words.

5. This is your first novel so what can we expect next from you?

I'm currently writing a second novel which will be focused parents and the generation we belong too. I think this generation has to deal with a great amount of paradoxal teachings toward sex and love, it's a generation that has been cursed with a great deal of divorce and lust for freedom, and still forces itself into believing in love, fidelity and happiness. I want to write something about this mix of despair and hope, and this short period of time in which we have to separate from our parents and build our own life.

6.  What is your writing background?

7. Who are your favourite reads and why?

Another American novel worth reading, and one of my crushes also, Portnoy's Complaint by Philip Roth: the story of a thirty-three year old American Jewish boy who is psychoanalysed, going back through his hilarious childhood stuck between an over-possessive, over-caring mother and his obsession for sex and non-Jewish women. Roth found the perfect balance between bitterness, hatred and tenderness to describe this tyrannical yet passionate love we have for our parents. And the pages about sex are just exhilarating.

My God above all others is Zola, all of the Rougon-Macquart series. I think I never read anything that would surpass Zola's understanding of mankind. This writer is sort of miraculous to me, he managed to make me laugh and cry and almost faint from beauty and accuracy, it really is poignant.

I also love comics, everything from Manara, and I always buy Fluide Glacial (a very good french comic journal). I recently bought Liberatore's Les Onze Mille Verges, with the story by Apollinaire, and the illustrations are gorgeous. I'm also a fan of Spiegelmann and Crumb.

8. Which authors have helped contribute to your writing style?

I'd say Maupassant for the architecture of the sentences; I have a thing for well-built melodic sentences, and Zola made me want to acquire this accuracy toward men and women. Nabokov, who is also a great melodist and one of the most sensual, somehow left a print in me. But attracted as I am by this way of writing, I'm really fascinated by the way Bataille and Calaferte use words, with precision and crudeness. I have a true admiration for this kind of writer, able to say the truth in just three words.

I started reading about sex very soon, by stealing books from my parent's bookshelf. As far as I recall, I was always fascinated and attracted by sex, not the act in itself but everything before and after, how everything finally leads to sex, the thought of it, the crave for it, which are universal. The power of this vital thrust in everyone is completely dazzling to me. So reading erotic literature was sort of logical, being already a reader. A few years ago I got really obsessed with it and gathering everything I could read from Bataille, now I tend more and more to think that eroticism is everywhere in good literature. 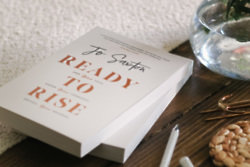