The Bent Brief by Julian Ruck

What can you tell our readers about your new book The Bent Brief?

This is the fourth novel out of six I have written so far – there are two more completed novels to be released over the next year or so. I have to say that The Bent Brief has been by far the most challenging, particularly the trial. Making all the loose ends tie-up and the evidence credible was a hard call. Juries and witnesses are a capricious lot and I have tried as far as possible to convey this in the narrative, I can only hope that it has worked! Also, the average trial in spite of media sensationalism, is usually nothing but an extreme exercise in boredom and tedium, trying to do the opposite with just words isn’t so easy.

Apart from the above I have dared to delve into the complexities of lesbian infatuation, mixed race love, and believe it or not the odd bit of sado-masochistic titillation – and before anyone starts The Bent Brief was written and completed about two years before 50 Shades of Grey hit the bookshelves. And it has been toned down three times on account of my wife thinking that readers would conclude that one of the main characters was based on her!

The novel has been described as ‘riveting’ and the twist at the very the end ‘shocking’, but of course this is for readers to confirm or deny.

They are the bosses after all

The novel is set in Suffolk, so why did you choose this?

I lived in Bury St Edmunds for 12 years. Don’t ask me how I arrived there, that believe me, is another story.

It is unusual to have a book that sees both sides of infidelity, so how did this idea come about?

As with all my books, I begin with a plan written on one side of A4. I always know the beginning and the end before I start writing. The middle? Well, that usually just looks after itself. Having divorced a few people along the way, including myself, I have always been conscious of ‘the two sides of a coin’ argument, so in this respect I have tried to convey my own experience into the plot. Apart from anything else, ‘infidelity’ is not as easy to define as people might think. Justifiable? Understandable? This is for Providence to judge not me.

You trained as a lawyer, so did you utilise a lot of what you learned to create Edwin’s character?

Didn’t I just! In my view the best ‘fiction’ is always that which is written from experience. My take on the judiciary, criminal proceedings etc is based on personal experience. The best kind of knowledge. My father was a lawyer, so this also helped, particularly where the conflict between ‘old school’ law and the new, more fashionable versions are concerned.

You travelled to Denmark and Israel and then came back and lectured in law, so when did writing come into play?

Well, the honest answer? I did a Jeffrey Archer ie I had come to the sensible conclusion that I was basically unemployable, being far too brutally honest and too much of a rule breaker didn’t help. Frankly, I felt at the time, that there wasn’t much else I could do except try my hand at a bit of scribbling and here I am.

I gave up on fiction years ago, actually from the day I started writing it – reading other writers’ work always made me feel inadequate. These days, I still read an inordinate amount, mainly history and politics, but I am not particularly partisan where the latter subject is concerned. My book shelves bulge with anything from Marx to Thatcher.

What have been the main influences in your writing life?

Other writers, a definite no. Life itself, a definite yes, oh and of course the imperious disposition of my darling wife. In my case, ‘behind every man there is a hob-nailed boot!’

This a crime book, but what will fans of other genres get out of reading this?

Like many writers of fiction, the very word ‘genre’ conjures up all kinds of horrors. There is a crime in The Bent Brief, there is also a big trial but a large part of the novel is also about tough if not ruthless, uncompromising emotion and how it interacts between the main characters. There are winners and losers, deceit on a grand scale and also just for good measure, the odd bout of humour. 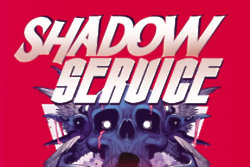 Five tips for breaking into comics by Cavan Scott, author of Shadow Service 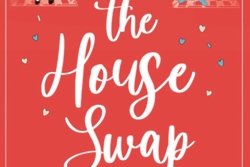