Adele Parks- Whatever It Takes

What can you tell our readers about your current novel Whatever It Takes?

Eloise is a Londoner born and bred, so it is a momentous day when she reluctantly agrees to uproot to Dartmouth, leaving behind her ideal world so her husband can finally live in his. She accepts that there are compensations, however. She understands aspects of her family life will be greatly improved as her three daughters will have more space and freedom and benefit from living close to their grandparents; particularly mother-in-law, Margaret, who is desperate to welcome them all with open arms. Besides, Eloise tells herself that she’ll still have access to London, It’s not as though it’s disappearing and she can stay in touch with her friends, it’s particularly important to her to stay close to her best friend Sara.

Yet, both Margaret and Sara are facing their own difficulties. As Margaret begins to lose her history, her health and her mind, will she be able to hold on to the secret she’s never wanted to reveal? Sara is consumed with a need for a baby – a desire so ferocious she’s prepared to take a terrible risk, without thought of the consequences her actions might unleash on the next generation.

Thrust into this unexpected turmoil, Eloise finds she is the one holding everything together for her loved ones – and by an ever-weakening thread. As her world implodes with the strain of being responsible for all around her, someone is bound to be overlooked. And the damage might be irreparable. It’s a novel that looks at some big themes dementia and infertility being two of them. It’s about responsibilities and identity and it’s full of twists and turns as we all have secrets.

Can you tell us a little bit about where the concept arose from?

I’m often asked where I get my ideas from and I always fear that my answer is a bit disappointing as it is non-specific. It’s impossible for me to accurately explain how ideas arise and develop. I suppose I pick a theme and work from there. This time I wanted to look at characters that were experiencing different forms of isolation or lonliness which I believe dramatically affects our sense of self. Eloise feels isolated because she’s removed from her normal environment. Margaret is ill with arguably the most isolating disease ever, dementia and Sara is also a victim of isolation because she doesn’t feel she fits in with those around her, as she isn’t a mother. I think there are a lot of lonely people out there, for many different reasons, and I wanted to take a look at that. However, I’m not a bleak person so I wanted to find some healing and relief for my characters and therefore I investigated the concept of friendship and family offering support.

What are your thoughts on leaving one life for another for the sake of the person you love?

I believe relationships require quite a lot of compromise; I think that’s acceptable and realistic as long as it’s not one half of the couple always doing the compromising. The fact is we live in an extremely mobile age; people do move around the country and the world frequently that may be because of work, health or (less emphatically) simply a desire to do so. Therefore the question of whether someone ought to move because their partner wants or needs to is something many people face. Life is a series of choices. In the end the question is, ‘Do I value this relationship more or less than I value my current environment?’ I have moved for relationships and I’ve also refused to!

What made you want to set the novel in London and Dartmouth, how did these add to the characters’ situations?

I didn’t know Dartmouth before I started writing this novel but I had in mind a plot about a woman moving from London to the countryside and I was looking for somewhere to set the novel. I didn’t want to write a standard town versus countryside novel, you know the sort: city bitch finds her inner welly as she struggles to settle as she can no longer buy Jo Malone products in her high street. I think that sort of story has been done to death so I needed my heroine to be moving to somewhere compelling. I didn’t want the issue to be this place is better or worse than the last, I was more interested in the fact that this place is so different from my last I no longer quite know who I am. I discussed the plot with a great friend of mine who often is part of my creative process and she was adamant that I had to visit Dartmouth. As soon as I discovered it I knew it was perfect. It’s so different from London, but so wonderful. I completely fell in love with it.

How important do you think it is to keep a lifeline to the place you leave, as Eloise does with her friend Sara?

It depends on the individual. When I moved from London to Surrey I saw it as an opportunity to get the best out of both places. I do visit London but I don’t see it as a lifeline. My life is in Surrey.

Although you write women's fiction, to what extent can males enjoy reading your books?

Yes, of course, and they do! I often get emails or tweets from guys saying they enjoyed a novel of mine. They often pick up a copy if their wives or girlfriends are engrossed in it ad they want to know why. The books are marketed for women and of course my natural empathy is for women, being one, but I think there are plenty of men out there who are big and brave enough to make up their own minds about what they enjoy reading. There will always be guys who say, ‘that’s not for me,’ but that’s OK. The more discerning blokes take their literary leads from their lovely women folk who do recommend me! Human beings are more complex than gender stereotypes.

You have just released About Last Night, how did you manage to release two books so close to one another?

About Last Night was initially launched last year summer, in hardback, and the paperback was launched April 2012. Two launches in one year is exhausting, I won’t lie. It means two tours, two rounds of publicity; it requires clear communication with my fans or else they begin to lose track of which is the latest! However, it’s my job and I love my job so lucky, lucky me! I’ve always written a novel a year and I’m going to try to continue doing that for some time yet.

Why do you enjoy writing about love, motherhood and infidelity so much, what attracts you to it?

I write about the beauty and disappointments of being a human being because it’s fascinating and endless. We’re a fabulous species capable of greatness but we’re also terrible at times. I write about impressive acts of loyalty and cruel betrayals. I just happen to do it on a domestic canvas.

Why did you decide to live in Guildford after travelling to Botswana, Leicester and London?

I was born in the NE of England. I moved to Leicester to go to university and straight after graduating I moved to Italy, where I taught English as a foreign language’ I simply wanted a year out before I started my career; I wanted to see a bit of the world. Then I moved to London where I lived for nine years, interrupted by a two year stint in Botswana. My wanderlust is not abated I could and would live in many places – the world is enormous – but my sense of home comes from being with my husband and son and right now (because my son is school age) travelling is not practical.  We moved to Guildford because it worked for us as a family.

You have been quoted as being 'an acute observer of relationship ups and downs', why do you think this is?

Perhaps I’m simply nosey! Truthfully I find people fascinating. I’m not simply interested in romantic relationships (although they are compelling) I’m also interested in how we behave as parents, siblings, friends and even neighbours.  I think people are worth studying because in the final analysis how we behave towards one another is paramount.

Whatever it Takes is out on the 21st June published by Headline price £11.99 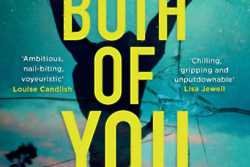 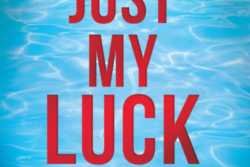 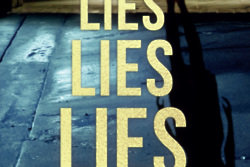