The Writer's Treasury of Ideas by Linda Lewis

The Writer's Treaasury of Ideas

Can you tell our readers about your current book The Writer's Treasury of Ideas?

It’s aimed at anyone who has ever wanted to write, but struggles to come up with ideas. Basically, it’s a teach–yourself how to find ideas manual, full of exercises, tips, instruction and examples, all written in a light, easy to read style.

It’s on sale on Amazon or direct from  Filament Publishing. You can also buy the book via my web site where it  comes with a free download, my mini–guide to short story competitions.

Where did the inspiration come from for this?

I’ve never had any trouble thinking of ideas for my stories. It wasn’t until recently when a member of my writers circle commented that she would write more fiction but couldn’t think of enough ideas, that I finally realised that not everyone finds it as easy as I do. Where do you get your ideas is also THE question that is most often asked when I give talks and run workshops. I felt a book on the subject was needed, so when I met a publisher at the NAWG Festival in Nottingham in September last year, I spoke to him about my idea and he asked me to go ahead and write the book.

As a student myself in creative writing, is this something that could be used in a classroom setting?

Absolutely. Each chapter is based around a different method, or starting point, that can be used to create ideas. Any of these could be used as the basis of a lesson. Overall, the book is saying that if you ask the right questions and learn to look at things differently,  you will start to find that the ideas were there all the time. It’s meant to be read, dipped into, and read again.

What is your background in writing?

I started late. When I reached my forties, I sent off for a correspondence course, one of those you see advertised in the newspapers. One of the tasks I was given was to write an article. The only thing I had knowledge of at that time was keeping tropical fish, so I wrote about my glass catfish (very peculiar in that they are transparent so you can see their skeleton). The tutor told me it was good enough to submit so I sent it off to a magazine called Aquarist and Pondkeeper. They published it and for the next six years, I wrote about tropical fish.

By the time I stopped, I was writing for several magazines including one based in the USA and another in South Africa. I began switching over to fiction when my husband died in 1997. I sold my first story to Take a Break in 1998, and my first to Woman’s Weekly in 2001. Since then, I have lost count of the number of stories I have sold but it’s definitely more than two hundred. My stories have been published in various magazines including Yours, Womans Weekly, My Weekly, Take a Break, Your Cat and Fiction Feast as well as magazines in Australia and Scandinavia. I was given a column, Short Story Success, in Writers’ Forum back in 2008 where I do my best to motivate and inspire other writers, as well as telling them about my life as a working writer.

In February this year I made my first sale to The People’s Friend, a market that I thought I would never manage to break into. It’s all about persistence and tenacity. You have to keep on trying.

What is the best advice you can give to someone wanting to write?

Do as much writing as you possibly can. New writers can spend so much time worrying about their work. If it gets rejected, some even give up, whether they have talent or not. The more you write, the less important each piece of writing is to you which means that sending work out becomes much less of a hurdle and rejections soon become a fact of life. Also, don’t be afraid to get feedback from somebody who’s had success in the field of writing that interests you. If I hadn’t done this, I would probably still be making the same mistakes and wondering why I wasn’t getting anywhere.

You have produced publications on how to look after fish, do you prefer writing fact or fiction?

I find factual pieces much easier to write, but probably a bit less satisfying. Since 2003, I’ve spent most of my time writing short stories as that’s where I could make the most money but then last year, my personal life imploded. I lost the fiction knack for a while so drifted back into non–fiction. There was definitely a silver lining as that decision led to The Writer’s Treasury of Ideas.

Basically fiction gives me a chance to escape, to become somebody else if even for a thousand words which I really enjoy, there’s nothing quite like it. Sadly it is harder to find a market for stories than for factual writing, especially these days.

What is the best feedback you have received from someone who's work has been critiqued by you?

I’ve had loads of great feedback, but it’s the results that I particularly value. I offer a tailor made writing course and so far, I’ve had two ‘pupils’. One recently took first prize for a poem in Writers Forum after I’d encouraged her to have a go at poetry as I thought it would suit her style. My second pupil sold her first short story to Take A Break’s Fiction Feast earlier this year. I have now taken on pupil number three. She’s already showing great improvement and I’m hopeful that she will also manage to get published.

Another comment from the mother of somebody who’s story I had critiqued springs to mind. She said, ‘this woman knows what she’s talking about.’ I thought that was great.

What do you have lined up for the future in terms of your writing?

I’m busy writing a proposal and sample chapter for another non–fiction book, working with another writer which would be rather exciting. I also want to do a follow up to the Treasury of Ideas, provisionally entitled HOW TO TURN IDEAS INTO STORIES. When I have time, I plan to get back to writing short stories on a regular basis. I also have more than one novel in progress, including a fantasy aimed at teenagers, plus I’d very much like to write plays for radio. I’ve written two which received positive feedback from the BBC but which weren’t taken up. One went on to win the play writing competition at my writers’ club.

Recently, I’ve become more involved in teaching and will be at Swanwick, and the NAWG (National Association of Writers’ Groups) Festival of Writing in 2012, teaching short story courses. My latest venture in that area are residential courses to be held at a conference centre in Leeds, which is where I live. The first, in November, is on fiction, the next, scheduled for March 2013 is all about finding ideas and will be based on my book. I would also like to give more talks, not necessarily on writing and run some more workshops.

Why did you decide to use a pen name for publication of short stories in places such as Woman's Weekly?

When I started to write short stories for magazines there were a lot more titles taking fiction – Chat, That’s Life, Woman, Woman’s Own. I felt there was a difference in style between titles like Take a Break and My Weekly and that by using two names, that would enable me to wear two different hats. Now, all the magazines except Take a Break, that published me as Catherine Howard have dropped fiction. I’ve also discovered that there’s actually a degree of cross over between magazines. In other words I have sold stories I wrote with Woman’s Weekly in mind to Fiction Feast, and vice versa.

In case people are wondering why I chose Catherine Howard, it’s because like Henry VIII I was born on June 28th, and, like him, I’ve also been married too many times!

Out on 31st March - THE WRITER'S TREASURY OF IDEAS, for anyone who wants to write fiction  but struggles to come up with ideas. 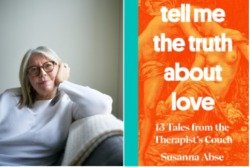