Author Emma Jameson writes a piece for Female First upon the release of her new book A Death at Seascape House.

My first bestseller came to me in a dream. I’ve always been a writer. The first “book” I wrote, which consisted of two sheets of ruled notebook paper, was about a blind girl who could turn herself into a sighted cat. As a teen, I wrote stories about Luke Skywalker swashbuckling his way across the galaxy to meet, well, me. In my twenties, I tried my hand at fantasy, sci-fi, and romance. But it wasn’t until I dreamed about an older, never-married Chief Superintendent at Scotland Yard falling in love with a beautiful, much younger subordinate, that I started writing the book that would break through. 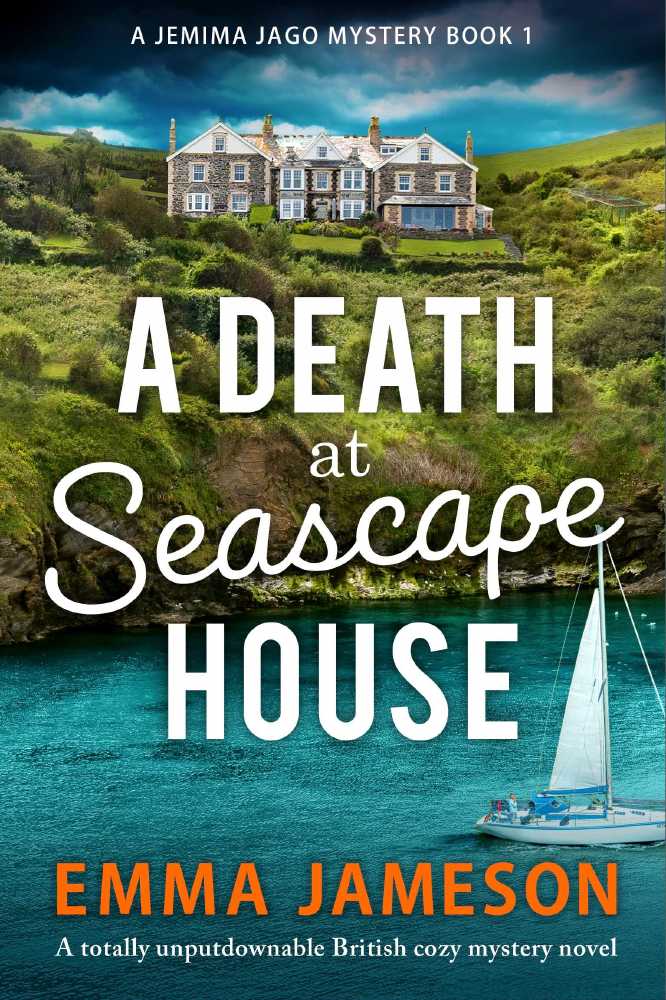 A Death at Seascape House

Mysteries cured my road rage. Let me explain. For eight years, I had a long, soul-numbing, rage-inducing commute to my day job. In the morning, it wasn’t too bad, but in the afternoon, traffic moved at a crawl, there were multiple wrecks, and there was an overpowering sense of doom. I went to the library once a week and loaded up on unabridged audiobooks (in the days before apps) and my library was heavy on mysteries. I enjoyed Anne Perry, M.C. Beaton, Lillian Jackson Braun, Alexander McCall Smith, and many others. The mystery audiobooks changed me from impatient and furious to sometimes sitting in my car in the driveway, unwilling to go in my house until the chapter ended. I became a true, passionate fan. And sometimes when a writer becomes a fan, they can’t resist joining in.

Don’t tell anyone, but I’m not English. It’s not for lack of longing. I grew up in Florida: a hot, flat, subtropical place where snow is virtually unknown and the sunburn never quits. (At least if you’re naturally pale like me.) But for some reason, I became fascinated with England at an early age, and the attraction only intensified as I grew older. Most of my favorite authors are English; most of my favorite places are in England. Setting my novels in England feels like the most natural thing in the world to me.

I love watching Monty Don on Gardener’s World. There’s nothing more soothing to me right now than watching old episodes of Gardener’s World. I don’t garden all that much—I leave that to my better half—but I very much enjoy listening to Monty’s soothing voice as he explains the right way to stake tomatoes, and so on. When I switch off the news and switch on Gardener’s World, my mood instantly lifts.

Do you have a moment to let me tell you about James McAvoy? He’s my favorite actor, as absolutely anyone who follows me on Facebook or Twitter can tell you. I’ve seen all his movies. I can give you a long dissertation on his appearances on British TV. Did you know he had a small role in the very first episode of Foyle’s War? Or that he wore a wig in certain scenes of all three X-Men movies? You want more? Wait, don’t go…

Sometimes my past lives crop up in my books. As a student, I frequently worked in the school library. In my teens and twenties, I waited tables and worked in a retail book store. After college, I worked at a major medical center in Ophthalmology as a technologist. Though it was always my dream to be a novelist, until my early forties, I needed a day job. Medical subplots often appear in my Lord & Lady Hetheridge Mystery Series, as well as my wartime cozies, the Dr. Benjamin Bones Mysteries. In my brand new Jem Jago Mystery Series, my library and book store experience occasionally comes into play.

RELATED: Seven things I'd like my readers to know about me by Tessa Morris-Suzuki

I LOVE BRINGING THE DEAD BACK TO LIFE. Isn’t it amazing to think of all those people who existed in the past – including our own great-great grandparents. They had dreams and favourite foods, silly jokes that made them laugh and pieces of music that made them cry – and then they disappeared, and we barely even know their names today. As a historian and a historical novelist, what I love most is trying to bring some of those people back to life – imagining what it would have been like to be them. It is only imagination, of course. I can only get a tiny part of the way towards to truth. But I find it such an exciting journey of discovery....