One book, two writers By A. Moore and S. Dora 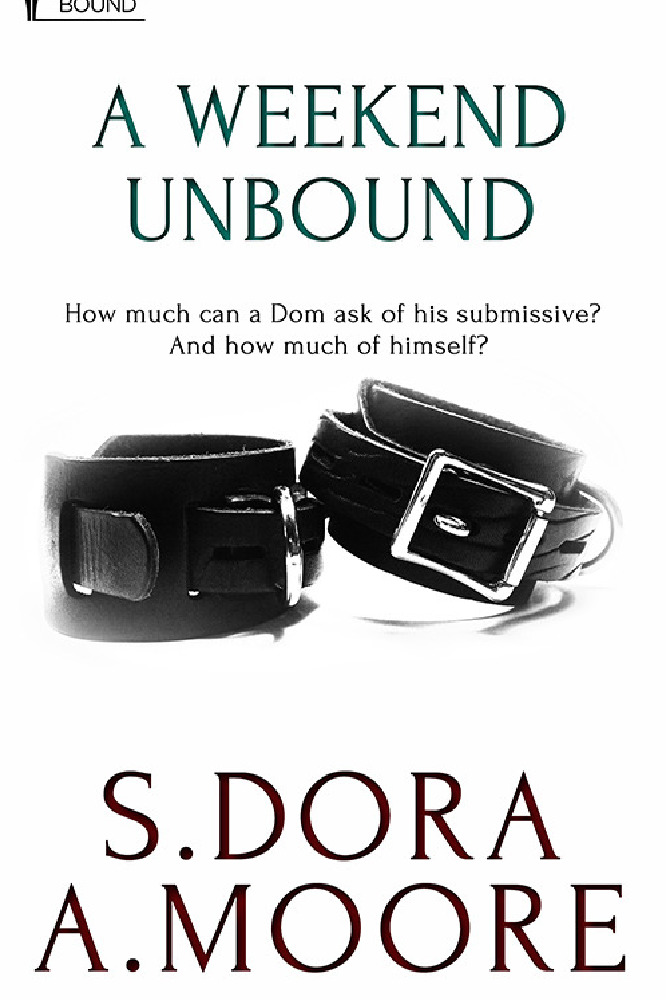 Writing with S. Dora was an amazing process. Our writing process consisted of emailing one another every couple of days with the next chapter. I took Tyler's point of view, and S. took Derek's. I've never had such a collaborative writing experience. Due to the nature of the story we both had to be on the same page, and we both took care to leave room for one another's creativity. We wrote the original draft several years ago. Three or four years ago I was a pretty prolific writer of erotica and S. gave me feedback on one of my BDSM stories. After emailing for a while I think we realized that we'd met a kindred spirit in one another, and A Weekend Unbound was born. We didn't write this book as something to be published, and I'm really happy that Totally Bound allowed us to share this with the world.

My writing style differs from S. S. tended to set up the action, and I think I really took the opportunity to explore Tyler's thoughts on submission. We worked on combining our styles for the final manuscript, and I think we did a good job. Writing about such serious material was sometimes tricky. I enjoyed writing the actual sexual action of the story, but if that was all it was I wouldn't have been as invested in the outcome. It's thanks to S. that I was able to focus on the mental and emotional as well as the physical aspects of D/s and BDSM. Writing this story hit all my kinks but it was thanks to the emotional component that I, ahem, enjoyed writing the story.

Writing erotica is different than consuming or (I suppose) producing pornography. I've watched my share of pornography and like anything, there is good and there is bad. Pornography is focused purely on the physical, so it's hard to find videos or pictures with genuine emotional connections. And fair enough: it's unfair to ask the actors to expose their emotional selves while they fully expose their sexual selves. That's why I love reading and writing erotica. It is the only way I've found that marries the sexual and the emotional, and that is far more satisfying than watching bodies having sex.

It's been one hell of a ride, and I'm so glad I've had the opportunity to write this! So, with that in mind, buy this book!

Would I write with A. again? Absolutely!

That’s the short version of my experience with writing A Weekend Unbound together with a friend.

Looking back on writing our book, it was such fun without ever becoming superficial. It’s nearly impossible to write a book with the intensity of A Weekend Unbound without some serious thinking about my own limits as a writer, or without deep discussions about how much each of us felt comfortable with putting to paper.

There was a lot of Why not give it a try and see how it feels when you actually read your own words and Just because it’s in your head doesn’t mean you actually want to do it But also more than enough of Wow, I never would have guessed she’d go in that direction and Brilliant idea, just what poor Tyler needs right this moment.

I decided a long time ago that feeling uncomfortable about writing certain things should never be the reason not to write it. I lack enough courage as it is in real life, so my writing should be about nothing but the question: do I want to write about it? That doesn’t mean I didn’t have to take a deep breath now and again when I sent A. my next chapter.

But in the end we knew just enough of each other and each other’s work to know there wouldn’t be any judgement from either of us. If thoughts and ideas can’t be free…

Deciding to try and get it published was yet another step. One that took some thinking, because should we share something that was only meant as a fun project between two writing friends? Once we decided that yes, we’re going to publish, more work was waiting for us. During the editing process we discovered that we agreed on most details, and what we didn’t agree on, we could compromise on.

I hope that at least some of the pleasure and challenges of writing this novel shines through the pages. 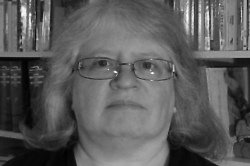