Alexa Donne writes a piece for Female First upon the release of her new book The Stars We Steal.

I was a high school foreign exchange student to Germany.

My junior year of high school, when I was sixteen, I was selected for the Congress Bundestag Youth Exchange program, a government scholarship program that each year sends 200 Americans to Germany, and 200 Germans to the United States. I spent a year living with a host family in Mühlhausen, Thüringen and attending a local Gymnasium (high school). Only ten years after reunification, living in the former German Democratic Republic, I gained a deeper understanding of Soviet infrastructure and the nuances of history. My year in Germany is the reason Leo in The Stars We Steal is German, and why when she drinks too much or gets upset, she starts speaking auf Deutsch! 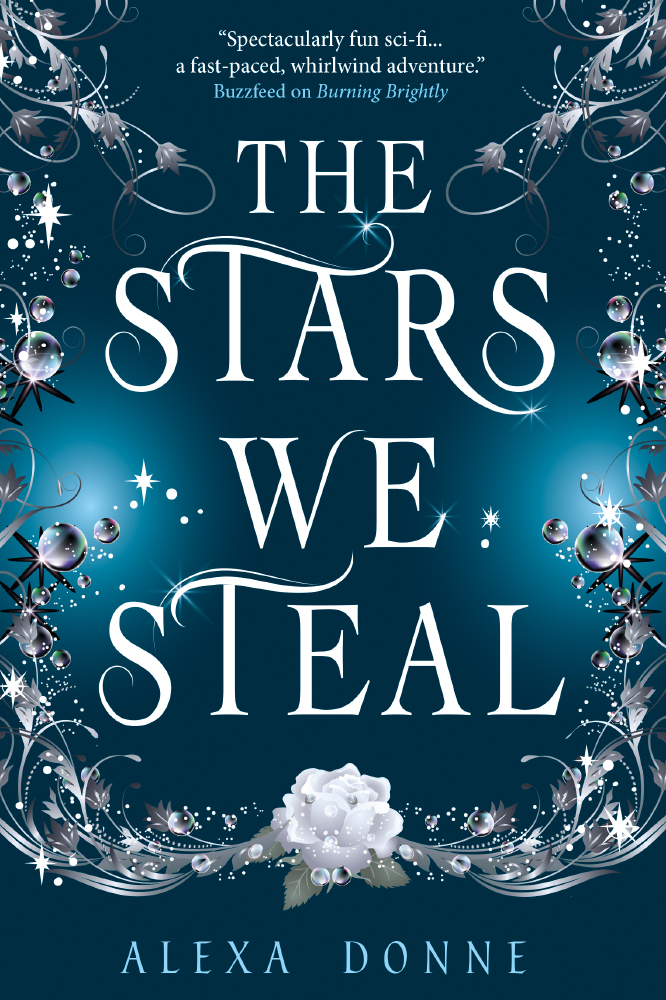 The Stars We Steal

No, really. My dad is a Brit, and his mother was first cousins with GB Shaw. It’s a fun piece of family trivia that I enjoy sharing. Someday I just might have to do a Pygmalion retelling!

I run an author mentorship program

I love helping other writers, so I co-founded Author Mentor Match with my close friend Heather Kaczynski in 2016. We pair agented and/or traditionally published authors with aspiring authors with complete manuscripts in YA, middle grade, and select adult genres. We’ve paired hundreds of writers with mentors and have a growing list of agented success stories and book deals under the program.

PC gamer, to be specific. Though, it did all start on console for me--I used to play Super Mario Brothers on my Nintendo so hard my thumbs would bruise. Now, I will lose days to games like The Sims, Civilization V & VI (I prefer V), Cities: Skylines (I’m still upset over the “death” of SimCity), Planet Zoo, Tropico 6, Banished, and more. If you can’t sense a theme: I love strategy games and simulations.

When I was 16, I wanted to be a dermatologist

Now I watch Doctor Pimple Popper and think of what might have been! But seriously: a dermatologist was a lifesaver for me when I was sixteen, which sparked a thought to pursue medicine. Then I found out you have to dissect a body in order to pass medical school and decided to become a writer instead. What kills me (ha) is that by the time I would have been at the point of finishing medical school had I gone, dissecting a dead body would have been no big! But, on the other hand, I do not regret not having to take math or organic chemistry in college...

I have several morbid fascinations, including plane crashes, the Titanic, and natural disasters

Did you know there is a website where you can click on the name of every single passenger who was on the Titanic and find out how they escaped and/or died? Well now you do! Welcome to one of my morbid fascinations. Before the Titanic, it was the Romanovs, then it became natural disasters (my first book takes place after a supervolcano triggers an ice age!), and in my early thirties it was plane crashes. I will spare you the details, but if you ever want to know random facts about natural disasters, I’m your girl! And if you’re morbid like me, I recommend picking up The Unthinkable by Amanda Ripley.

I am a lifelong ABBA stan

My first CD was ABBA Gold. My favorite movie when I was eleven was Muriel’s Wedding. I’ve seen Mamma Mia the musical three times, and I have Opinions about the movies (the first one didn’t capture the spirit of the musical, but the second one is a ridiculous masterpiece). Naturally, I’m fond of selections from Chess and Kristina from Duvemåla, because Benni/Bjorn are geniuses. This is why there’s an entire page discussion in The Stars We Steal about ABBA’s critical cultural significance!