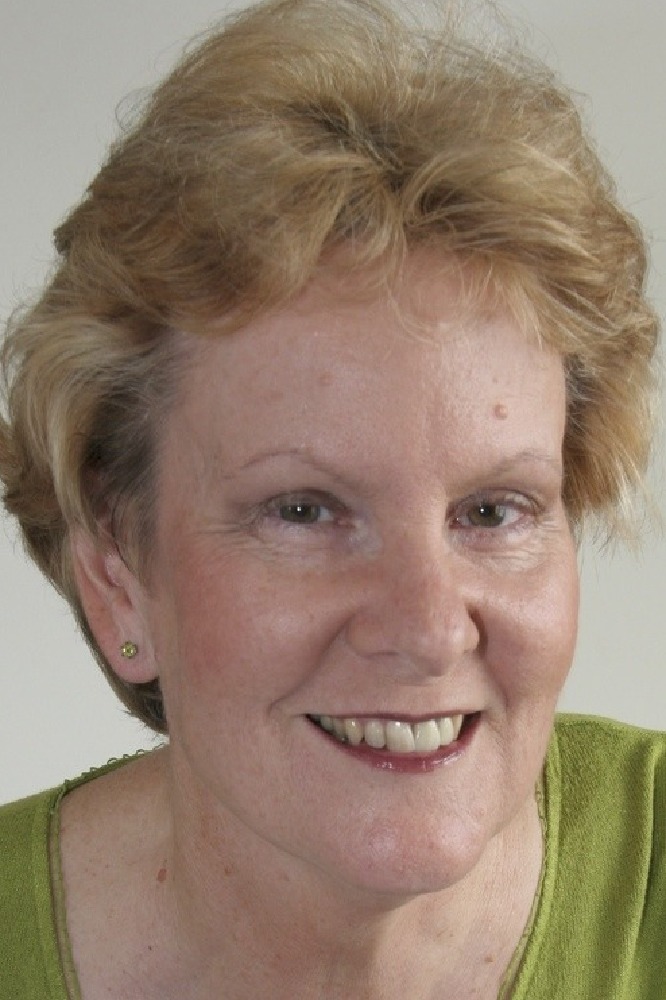 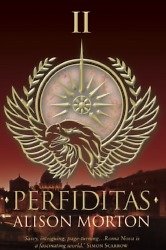 PERFIDITAS (meaning betrayal) is the second in the Roma Nova series set in an imaginary European country founded sixteen hundred years ago by Roman dissidents and ruled by women. Our heroine, Carina Mitela, a captain in the Praetorian Guard Special Forces, is in trouble; one colleague has tried to kill her and another has set a trap to incriminate her in a conspiracy to topple the government. Roma Nova barely survived a devastating coup d’état thirty years ago. Carina swears to prevent a repeat, and not merely for love of country.

Once she’s proscribed and operating illegally, she risks being terminated by both security services and conspirators. If she asks for help from a not quite legal old friend, it could wreck her marriage to the enigmatic Conrad, the Praetorian commander. As she struggles to overcome desperate odds and save her beloved Roma Nova, as well as stay alive, she faces the ultimate betrayal…

This is the second book in the Roma Nova thrillers, so what can you tell us about the first?

INCEPTIO (the beginning) is where we first meet Karen, a seemingly ordinary New Yorker. But she’s forced to flee after a kidnap attempt by a vicious government fixer who threatens to terminate her. She finds safety, at a price, in Roma Nova, her dead mother’s mysterious homeland. Here she discovers her name is really Carina, she fits into a ready-made family and falls for a new love, special forces officer Conrad Tellus. But the fixer has followed her and sets a vicious trap knowing she’ll have no choice but to spring it...

They say the second book is always the most difficult, so how was this process for you?

The simple answer - strange! I’d drafted PERFIDITAS not long after I’d finished INCEPTIO. Like any book, it needed revisions and editing – that was fairly normal. Publication of the first book was highly exciting and very frightening – a combination of sitting at the top of a rollercoaster and the first day at school. Half the time I loved every minute, the other half I worried that something might go wrong. For the second book, I knew what the process and sequence of events were, something that was very reassuring!

But of course, having had such positive reaction and feedback from INCEPTIO, I was aware of needing to meet readers’ expectations. Terror again, but thanks to their willingness to write thoughtful reviews on various retail and book sites I had an idea what readers liked and wanted. Gold dust for any author! I wrote from my heart and my restless mind, but this time with the enormous benefit of reader feedback.

Something I didn’t expect was “mixed brain” syndrome. I was still promoting INCEPTIO with articles, talks, blogposts, Twitter and Facebook, but I needed to think forward about promoting PERFIDITAS and focusing on that story without confusing them the two of them. Perhaps by book four, I’ll have learnt to take it in my stride!

What made you set the book six years after the first?

I wanted to show how Carina had settled into her new life, married and with a family, and how happy she was in her job. INCEPTIO was essentially a story about individuals; PERFIDITAS is about a national emergency as well as a crisis in Carina’s life. Carina’s skills are best used in an emergency, but I didn’t want Roma Nova to be in a constant state of turmoil or rebellion, so I decided Carina needed some “down time”.

Please tell us a bit about the character of Captain Carina Mitela.

Her confidential work report says: “Independent-minded, relaxed manner, flexible attitude to authority, but stable moral compass, responsible and highly motivated.” She says of herself: “Maybe somebody who’s useful, who knows right from wrong, who can make a judgement call. Juno knows.”

Carina loves her partner heart, mind, body and soul; she’d be devastated without him and her home life is her rock. A bit of a smartmouth, she reacts badly to being treated unfairly and lets her temper out now and again, but regrets it afterwards. Sometimes she feels pulled between being loyal to friends on the wrong side of the law and following that law, and she often worries that she’ll make mistakes.  But she’s steadfast in support her friends and close colleagues and in a tight spot you’d be very pleased to have her on your side.

You have had some very positive endorsements from other historic novelists, so how does it make you feel to have such recognition in the field?

Thrilled! When bestselling Roman author Simon Scarrow agreed to read and endorse PERFIDITAS, I had to read his email three or four times. I read every one of his Eagle series as soon as it’s out. His deft weaving in of research never gets in the way of a cracking story. I met up with him at the Harrogate History Festival and we signed each other’s books.

I was very honoured that broadcaster and writer Sue Cook has supported me since before INCEPTIO and delighted when leading historical author Elizabeth Chadwick said that same book was a “thriller at five star level”.

Recognition from other writers is crucial as they know about the sheer slog and research behind producing a book that readers will like. And it gives readers a beacon about the quality of book from a new author on the block.

One said that it was like watching a movie, so was that something you wanted to achieve with this book?

Wouldn’t that be wonderful? Well, Sue Cook is a very experienced broadcaster, so I take that as a high compliment. So, if any of Female First’s readers is a film director looking for an action-packed, high concept story… ;-)

Book three, SUCCESSIO, is back from its critical assessment and I’ll be working on revisions in January. The title plays on a double meaning: legacy, and the next generation. Carina is a few years older and hopefully wiser, but now faces a nemesis from within that could destroy her family and Roma Nova. It’s scheduled to be out late spring/early summer 2014. I’m also experimenting with a novella, a romance between two secondary characters in Roma Nova and then it’s back to book four. No peace for a writer! 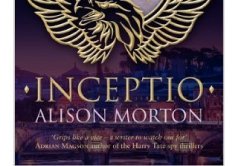