Amanda Geard writes a piece for Female First upon the release of her new book The Midnight House.

A trip to Ireland should be on every bucket list: a pint of Guinness in a traditional pub; a tour of the Ancient East; a smooch of the Blarney Stone. You’re probably planning to visit County Kerry too, and sure, why would you not? I might be biased, but our county, which hangs off Ireland’s south-western edge and dips its toes into the wild Atlantic Ocean, is the most beautiful place around (it’s not called ‘The Kingdom’ for nothing), and here’s seven amazing things to do here that simply shouldn’t be missed! 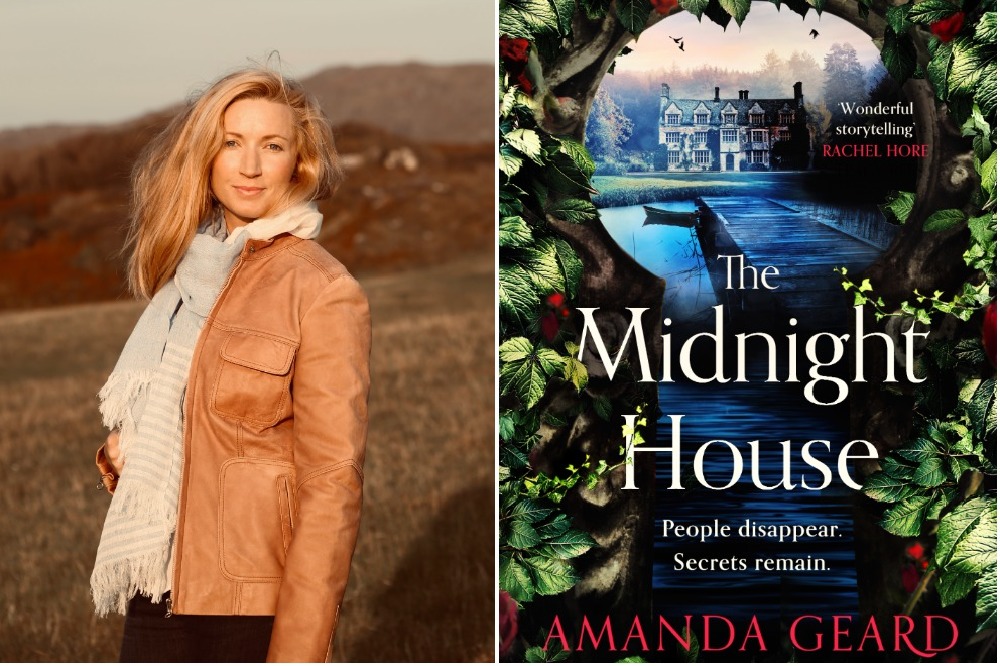 Two lonely islands jutting from the ocean eight miles west of Portmagee … you have to see the Skelligs to believe they are real! The largest island (Skellig Michael – 50 acres of rock rising 200m from the sea) is the site of an incredible 6th century monastic outpost, and the smallest (Skellig Beag) is home to some 27,000 pairs of nesting gannets, the second largest colony of these sea birds in the world. Take a trip on a boat (https://skelligislands.com) then climb to the very top for breath-taking views, beehive-shaped stone huts, and a glimpse of lives that went before.

No visit to Kerry is complete without trip to Killarney National Park. This haven of tranquillity was donated to the state in 1932 by Arthur Vincent in memory of his wife, Maud. Within its grounds you’re bound to spot some of Ireland’s last remaining indigenous red deer, heavily protected in within the Killarney Valley. While you’re there, take a tour of Muckross House (www.muckross-house.ie), built in 1843 and visited by Queen Victoria herself, it’s beautifully situated on the shores of Muckross Lake.

You’ll be exhausted after your day in Killarney National Park, but leave enough time for the spectacular 60-minute drive over Moll’s Gap to Parknasilla Resort (https://parknasillaresort.com), an historic hotel on the edge of Kenmare Bay. They make a mean martini, and within the 500 acres of woodlands, you’ll find lush walks, a golf course and the most magnificent spa with an expansive view over the glittering waters of the bay.

Drive the Ring of Beara

If you’ve researched visiting Ireland, you will have heard of the Ring of Kerry, a spectacular 100-mile road that hugs the Iveragh Peninsula. But type into Google, too, the Ring of Beara. This 80-mile circuit takes in the southern aspect of Kenmare Bay. Stop at Lorge Chocolatier (see www.lorge.ie for workshops and courses) and carry on to the well-preserved archaeological stone sites at Bonane Heritage Park (https://bonaneheritagepark.com). The ring road continues over mountain and valley to give you a taste of County Cork (the rebel county) before returning to the gorgeous and welcoming market village of Kenmare.

While you’re in Kenmare, drop into the Tom Crean Brewery (www.tomcreanbrewerykenmare.ie); an incredible experience for fans of both the famous 20th century Antarctic explorer Tom Crean AND craft beer. What a combination! The brewery is run by chef Aileen Crean O’Brien, Tom’s granddaughter, and master brewer Bill Sheppard.

And if you’re a Tom Crean super-fan, don’t forget a visit to the South Pole Inn (where you can buy Tom Crean Brewery beer!), the very establishment started by the adventurer himself. It’s full of memorabilia and only a 90-minute drive away in the small village of Annascaul on the Dingle Peninsula.

From Annascaul, it’s just a hop and a jump to Mount Brandon, Ireland’s second highest mountain (952m). There’s plenty to see on the climb (views stretch for miles out to sea and inland) and much to think about; during Pagan times the harvest festival Lughnasa was celebrated here, and legend also has it that Saint Brendan meditated at the summit before embarking on his voyage to find the fabled ‘Isles of the Blest’.

This 6-10 mile hike (depending on the route) takes between 4-6 hours and can be planned solo or via a tour (www.kerryclimbing.ie).

If less altitude is more your style, then the Kerry Way is for you. At over 200km, it’s Ireland’s longest signposted walking trail, tracing a ring around the Iveragh Peninsula. Dramatic scenery unfolds along the entire length of the hike, but don’t feel you need to walk your boots off – the track can be accessed at hundreds of points for a pleasant day, or half-day, outing. This is Ireland’s ultimate walk, weaving in and out of the quaint villages of Kenmare, Glenbeigh and Sneem, and the historic town of Killarney. One not to be missed! Find advice and maps at www.keryway.com.