What Is A Submissive? By Anarie Brady In most works of fiction, one can usually find bits of fact. This is certainly true for “Maid.”  During her interview, Alice tells her soon to be boss and dominant that she prefers to use natural cleaning compounds rather than chemical ones. She learned to do this because of her son’s asthma. The fact of the matter is that I too prefer natural cleaning compounds rather than the harsher, more poisonous store bought chemicals.  I started experimenting with essential oils and infusions of such herbs as rosemary and lavender when my own son was a little guy who couldn’t keep his fingers out of anything – including the mop bucket. I was terrified I’d poison him. When I switch to natural products, my house smelled fresher for longer and I had fewer asthmas flair ups. Like Alice, I don’t suggest that this in any way cured my asthma. I still go to the doctor regularly and take my daily medications, but I rarely reach for the rescue inhaler when I’m scouring the toilet anymore.

Another germ of fact in this story is Miss Alice’s personality. She is, without a doubt, a natural submissive. She’s also an independent, strong willed, intelligent, creative woman.  I’ve been involved in the BDSM community for over 30 years and I’ve come to notice several traits common to submissive people.  Because I generally write about female submissives, I’m going to refer to a submissive as “she”, but I in no way mean to imply that only females are submissive, nor do I mean to suggest that these traits are only seen in submissives. On the contrary, many dominants share some of these traits. It’s just a matter of the trait manifests itself in the individual. Nor do I imply that submission and dominance are only seen sexually. These are personality traits which become apparent in both public and private life. First, Submissives tend to be very aware of the needs of others. They pick up facial cues, tension in the body, nuances in voice. Second, a submissive person is capable of great trust. Of course, the person whom she trusts must first earn it. A submissive person holds nothing back emotionally, physically, or sexually. To give this fully to another person can, quite honestly, be terrifying, but a submissive trusts the other implicitly.

Third, a submissive must be able to think for herself. She needs to be able to anticipate the dominant’s expectations, prepare for the unexpected, and foresee any possible dangers to herself or her partner.

Fourth, a submissive must be able to set and communicate clear boundaries. This is also where trusting her dominant comes in to play. For example, in “Maid”, Alice sets up hard limits of blood play, breath play, and prolonged sessions of temperature play. She knows these are things which will frighten, harm, or disturb her and she trusts Mr. Vanderson to respect these limits – which he does!

Fifth, a submissive generally enjoys a high self-esteem. Rather than allowing another person to use and degrade her, a submissive has the confidence give service to another while remaining true to her own morals and beliefs. A submissive does not demean herself when she allows her dominant to bind her wrists in leather cuffs, rather, she is trusting in her partner and acknowledging her own needs. She knows what she wants is isn’t afraid to go after it.

In “Maid”, Mr. Vanderson offers Alice a new life, one that is at odds with the cultural norm. She does not rashly jump at this offer, but deliberately considers her options. She considers how her adult son will react to this situation, her own morals and beliefs, and the likelihood of long term happiness for both herself and Mr. Vanderson before she makes her decision. The fact of the matter is that submissives do not simply jump when a dominant person says to. She considers her options, weighs her choices, and only if she believes this to be the best for both herself and her dominant, will she obey. 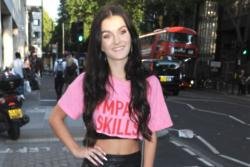 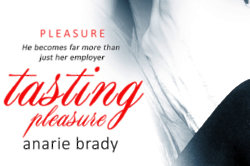