Anna Mansell writes a piece for Female First upon the release of her new book What We Leave Behind.

1. I lived by the sea for ten years and only recently started swimming in it. The sea was always for looking at, not going in because I am Generation Jaws and I was definitely going to get eaten by a shark. Well, turns out, that’s not necessarily true and I have for the last few months been swimming every day in our Cornish waters and not once been eaten by a Great White. Amazing! 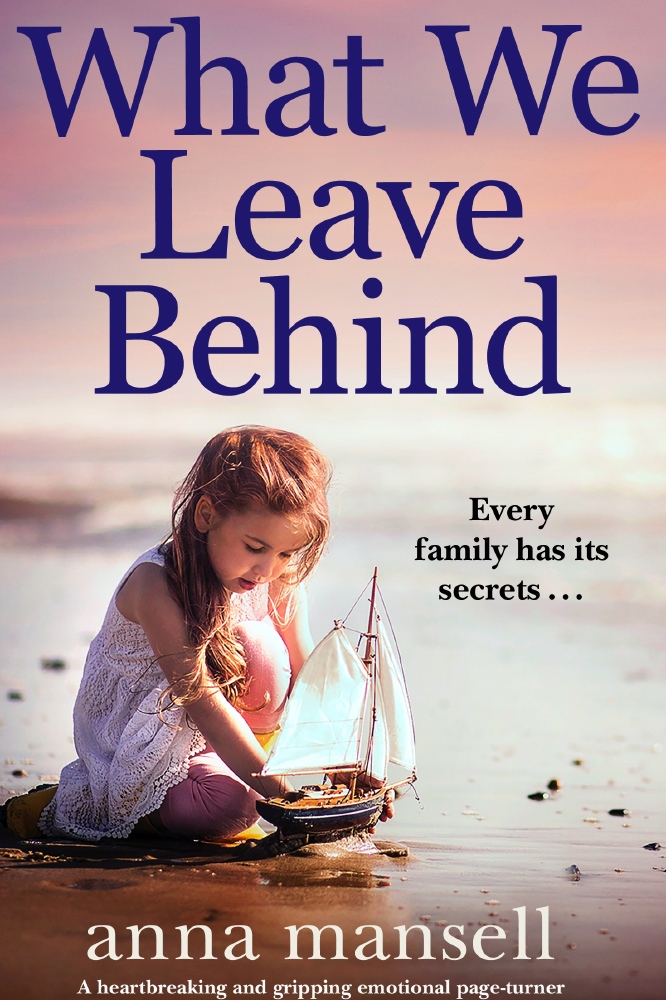 What We Leave Behind

2. My kids call me the Fun Sponge: Apparently, I’m the one who comes in and ruins all their fun at home. What they don’t appreciate is that someone in the house has to be a grown up from time to time, and as my husband is apparently fundamentally unable to be that person, it falls to me. What the kids and readers don’t know however, is that…

3. I am a lot of fun, actually: Seriously. Like, all of the fun. At house parties, well, when I go to them… actually, Global Pandemic aside, I don’t really go to them, because: people. Well, at dinner parties then, small ones, with only a few people, yeah, then I am ALL OF THE FUN, well… apart from when I turn every conversation into politics, life, or the universe… erm, well… okay, if not fun I’m… nope, I’ve got nothing.

4. I’d like to get married again, just so I can wear trainers on my big day: The only thing I regret about the day I got married is the hideous, kitten heel mules I panic bought and cursed for the entire day because they were beyond uncomfortable. Had I had the confidence then, that I have now, I’d have been all over a pair of animal print converse, with zero regrets. Him Indoors says that’s not a good enough reason to renew our vows though. (Now who’s the fun sponge!)

5. Yorkshire Puddings are life. They frequently make a cameo in my books, they are a cheap, filling and delicious food stuff that can be just as good covered in treacle or jam, as they are dripping in gravy with my veggie roast dinner. They are my calling card, their height and deliciousness now legend in the school playground. You will not find one of my roast dinners without one.

6. Autumn is my favourite season. The layers, the cardigans (the roast dinners and Yorkshire puddings!), the log burner, the red wine, the cosy nights, the colours in the trees, the fresh air, the empty Cornish lanes, the still warm seas, the fact that nobody bats an eye if you’re in your PJ’s by 5pm. You can keep your Spring and Summer, I’m not that fussed by Winter either, but Autumn? That, for me, is a keeper!

7. My Dad own’s a magic shop and my first experience of being in the newspapers was him sawing me in half at 6 months old, a marketing ploy when he opened, back in 1977. It used to hire out fancy dress as well as selling magic so I basically grew up like Mr Ben minus the bowler hat and actual adventures when I went into the changing room. If you don’t know who Mr Ben is, YouTube is your friend.

8. I used to act in Murder Mystery parties Of all the jobs I’ve had (YTS shop assistant in M&S, IT recruitment Consultant in the lead up to Y2k, Temporary Mini Bus Driver – one of my favourites… I felt like long distance Clara and if, like Mr Ben, you don’t know who that is, I refer you back to YouTube.), it’s the one where I definitely had the most fun. We’d devise a rough plan for the evening, then ad lib our way through until someone died and the audience had to work out who the killer was. The best thing being that I was usually the one to die, meaning I got paid for two hours work during which I ate a three-course meal, chuffed about with my mates, then hid in the bar on free drinks until the end of the night.

9. I hate cooked fruit. Seriously. Cooked Fruit? Whose idea even was that? Take something perfectly lovely, cook it until it’s mush then serve it up, disguised under a heavy, sugared crumb which is basically just there to disguise the taste of the cooked fruit. My old Grandpa used to eat Gooseberry pie, covered in sugar, with extra sugar on top of that, the clues were there if only he’d been able to see them!

10. My latest book, What Became Of Us, is my sixth novel which isn’t bad for someone who didn’t even realise she was meant to write until she hit her middle thirties. I’d always loved writing, but I’m not one of those authors who will tell you I always wanted to do it. I think it was always there in the background, and any kind of writing was the part of many jobs I loved the most, but actually writing a book? Nah, that’s what other people do. Until I did it too. And as I’m about to start writing my eighth (the seventh percolating on my laptop), I can’t imagine doing anything else. So, if you’ve ever thought you fancied it, go on, give it a go. It’s amazing what opens up when you start telling tales. x

MORE: 10 Things I'd like my readers to know about me by Anna Mansell 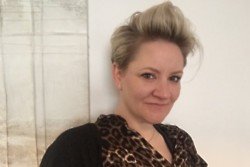