Female fictional characters can sometimes be scarce in popular literature, but here we've put together a list of 10 top female characters and why they are inspiring.

10. Sabriel from Sabriel by Garth Nix

A teenage girl when the trilogy starts, Sabriel inherits the power to enter the realm of death where she can banish evil forces or bring loved ones back to life.

Sabriel is gutsy and courageous as this terrible power is thrust upon her by her trapped father, and her love for others is what drives her forward.

Dahl’s rewriting of the classic fairy tale has us laughing and thoroughly entertained by the verse. Little Red Riding Hood is a gun-toting girl who won’t be beaten by something as insignificant as a wolf!

8. Anne Frank from The Diary of a Young Girl by Anne Frank

The terrible story of Jewish girl Anne Frank’s hiding from the Nazis captured everyone’s attention. Anne Frank is courageous despite the difficulty of her circumstances and is a true inspiration.

7. Lyra Silvertongue from His Dark Materials by Philip Pullman

Orphaned Lyra is shocked to discover who her true parents are in this fantastical trilogy. The girl becomes the first to travel to another realm and her daring and loyal nature is what makes her a success.

6. Katniss Everdeen from The Hunger Games by Suzanne Collins

Katniss Everdeen is another feisty female whose priority is the safety of her sister and her friends. We’re loving the film franchise as well as the books. Her determination and outstanding bravery during the Hunger Games makes her one lovable fictional character.

This brainbox came to life through Emma Watson’s portrayal in the Harry Potter films. Hermione is a bookworm and a clever clogs but she appreciates the qualities that Harry has too.

Hermione even gives up her own parents to protect them from Voldemort, a brave act which is sometimes forgotten in the grand scheme of things.

A timid and reserved character, Jane Eyre battles through a difficult childhood where she is unwanted and orphaned.

When she finally meets Mr Rochester, she still remains true to her own values and finds power in her financial independence.

3. Scout from To Kill A Mockingbird by Harper Lee

Amongst the youngest characters on our list is Scout Finch, a tomboy who lives in Alabama with her father Atticus and her brother Jem.

Scout faces her fears during the course of the novel as well as the racial prejudice of the Deep South in the 1930s, which makes her the most open-minded fictional female character.

2. Matilda from Matilda by Roald Dahl

Another brainbox makes our list as Dahl's miniature genuis Matilda confronts her ignorant parents and the terrifying Miss Trunchbull. Her adult-like perception and her imagination make her a firm favourite for adults and children alike.

1. Elizabeth Bennett from Pride and Prejudice by Jane Austen

The master of female characters, Jane Austen's Elizabeth Bennett is quirky, loyal and defiant when it comes to marriage. Elizabeth is not afraid of the patriarchal world in which she lives and forces Mr Darcy to change for her. She truly is a herione to admire. 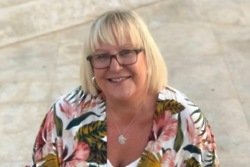 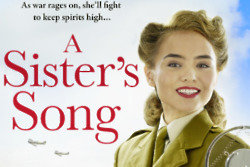