A Day In The Life Of Author Brian Paul Bach

Brian Paul Bach writes a piece for us upon the release of his new book Exposition.

If I happen to sleep in, my wife Sandy can become a bit... playful. Quoting a classic Monty Python sketch, I hear these immortal words: ‘Brian gets up at nine o’clock – and goes back to bed again because it’s far too early.’ 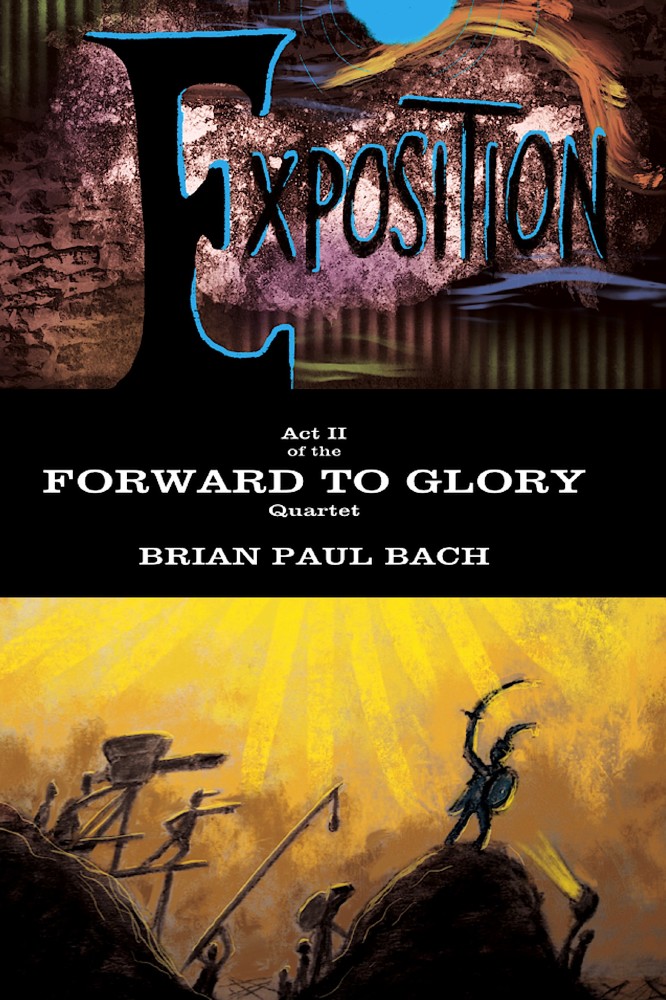 Most of the time though, our fine hound Hudson leaps up, inspects conditions for a moment, then nuzzles me with his warm nose-leather. Alternatively, if he’s just lapped a gallon or two from his fountain, drops of cold beard-water are generously shared via his noble brush-mouth.

I may squawk if the event is a bit jarring, but usually I howl with laughter, as Hud is so cool, so fun, and so lovable. Plus, he’s got great style.

Thus, the day starts with hilarity, more often then not.

My iPad has been tuned to either BBC World or LBC all night. And whatever news is hitting us today, it’s a pleasure hearing it from Nuala McGovern, live in the Beeb’s news hall.

The next portion of the morning can be a bit stressful, because everything happens at once. The everyday hubbub of doing the needful: our fluff ball cat Condell requires immediate personalized attention, Hud wants out, then in, emails to check, secretarial duties. Then, to savour Sandy’s gourmet breakfasts, culinary artiste par excellence that she is.

Pots of India tea follow, with update chats, Hudson admirations, and taking care of business via our devices. Yes, we are tech-assisted, and rely on our hand-held things quite a bit. But not, in my estimation, excessively. We haven’t had cable TV in decades, and rarely return to the majority of bookmarks we’ve made in our browsers.

I’m one of those who takes Facebook pretty seriously, because that’s the principal way I connect with those I know around the globe. Granted, I get sidetracked, but less than I used to, mainly because I’m busy doing my own stuff.

At precisely 10:30 (or thereabouts) Hud gets spectacularly animated, and because I’m part dog, we engage in growl-play, tugga-war, and big ol’ scratch-downs. His immediate mission is to do the mail run (even though it’s delivered in the afternoon), and the daily expedition around the yard is always a never-dull adventure. This morn there was a bunny in the hedge, long gone by the time my scientifically-thorough pup snuffled through what remained.

In these ‘Days of The Donald’, I am especially keen on political cartooning. I could draw before I could write, so it’s only natural that I continue a tradition that began with Nixon. And the bizarre cast of characters in the tragi-comedy of today provide an avalanche of satirical possibilities. So I tweak and distort – and for the first sustained time, to my heart’s content – thanks to an amazing program on my pad that’s just like the wet & dry media I used to employ.

For Sandy as well as myself, all through the day are interwoven skeins of the necessary and the elective. Writing, of course, (my ‘Calcutta Chronicles’ column appears every month in ‘Kolkata On Wheels’ magazine), new projects,  photo editing, yardwork, bodily maintenance at the gym, and epic Hudson rambles over his beloved combinations of trail, creek and byway.

Every Friday and Saturday I particularly look forward to Nick Abbott on LBC. We think alike! Champagne on Sunday afternoons is a ritual, and one of many non-sinful pleasures is perusing my collection of vintage Murray’s and Baedeker’s guidebooks.

Evenings: writing, artwork, and catching up, while time runs and runs. Or, taking wine, a high-quality film on DVD, in attempts to slow it down.

Adjacent or attached, Hud sleeps, and dreaming is guaranteed. Each late-show performance of peeps, yowls, Hud-laughs and cartoon-like barks is always worth staying up for.

Late: a bit of rewarding political cartooning on the pad, while propped up in bed. When the stylus slips, lights out.

Forward to Glory II: Exposition by Brian Paul Bach (published by Clink Street Publishing November 30th 2017) will be available to order from online retailers including Amazon, and to order from all good bookstores. For more information, visit https://forwardtogloryquartet.wordpress.com/. 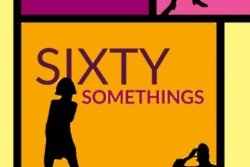 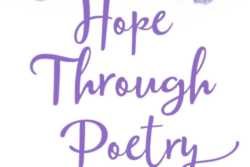 How poetry has helped me through lockdown by Samantha Crilly 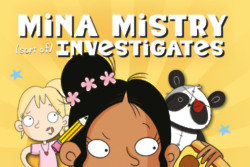 The power of writing to soothe private issues by Angie Lake