10 Things I'd like my readers to know about me by Carolyn Arnold, author of The Little Grave

Author Carolyn Arnold writes a piece for Female First upon the release of her new book The Little Grave.

Writing was never a hobby to me. When I started writing novels, I never viewed it as a hobby—even before I had earned a cent. I took it seriously and with a view to publishing for public consumption. 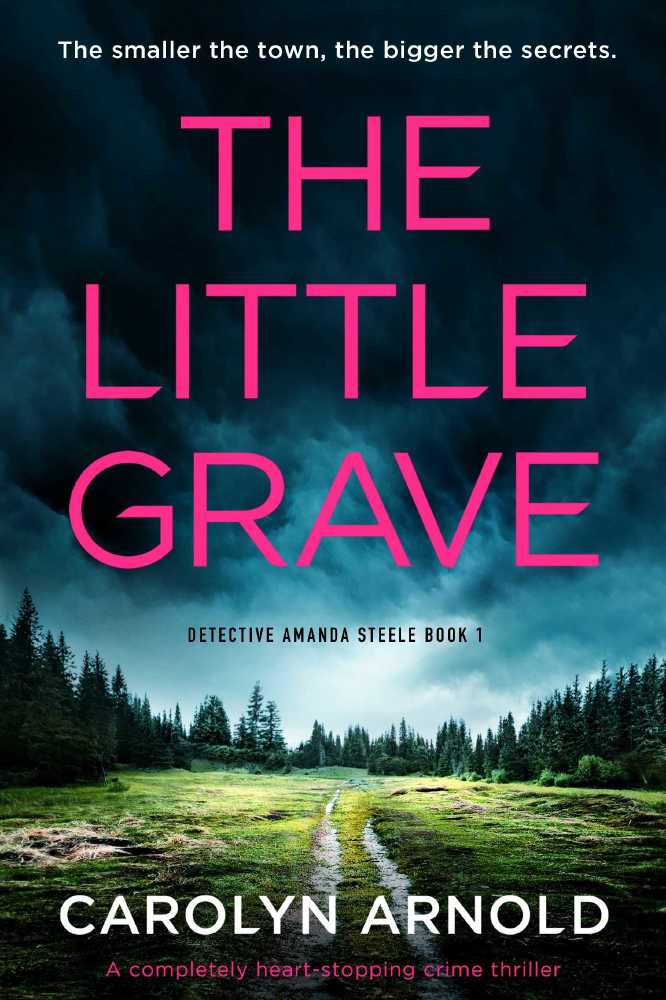 I started writing as a teenager as a way of processing my emotions. Oh, the angst of being a teenage girl! My father used to describe it as being in the elevator business with all the ups and downs. Well, one good thing came from all the emotions—my writing. I started by getting my feelings out in poetry, then moved on to romantic-suspense novellas. I didn’t finish writing my first novel until I was thirty.

My parents had no idea that I wrote to Harlequin for their submission guidelines as a teenager. I still remember hunkering down in the basement, next to the furnace, and reading the submissions guidelines. It felt like I was in possession of a great treasure and secret.

I wrote my first book on a sort of a dare—and this was after thirteen years of not writing! I was working for a company, and my department was facing a layoff, but we didn’t know exactly when it was coming. There was little motivation, and at the end of one workday, a colleague emailed me and said, “Tell me a story.” I fired back a paragraph or two from the top of my head. She wanted more, and I gave her more. She told me I needed to finish the story—and I did. That ended up being my first full-length book.

Dogs rock! I love ’em and have two beagles—Max and Sophie. Hubby and I never had human babies, but we’ve adopted the canine variety. They’re a couple of spoiled pooches, but I wouldn’t have it any other way. Dogs—all animals, for that matter—deserve to be cared and loved for.

When I’ve taken some time off writing, I start solving murders in my dreams. It happens all the time! It’s like I can’t fully shut off my characters, but that’s a good thing. I just know it’s time to get back to writing when I start hunting killers in my dreams.

Whenever I finish the first draft of a book, I watch Romancing the Stone. I’m not even sure when this ritual started, but it’s been around as long as I can remember. It’s a great movie and has it all—mystery, adventure, and romance.

I would love a house by a lake. I live in a beautiful house right now, surrounded by nature. It’s so peaceful and blissful. Even the breeze going through the leaves sounds like waves coming into shore, but one day, I’d love to live next to the water.

I’ve been known to munch on popcorn while I’m writing, because my stories play out in my head like a movie. This makes writing so much fun—not so much the popcorn, but the way the characters and scenes come to me in the manner they do!

So much for good posture… I often sit cross-legged on my office chair, leaning forward. Sort of like my issue with the popcorn, but more calorie conscious. I just get so absorbed in my writing, I tune out all else.

CAROLYN ARNOLD is an international bestselling and award-winning author, as well as a speaker, teacher, and inspirational mentor. She has several continuing fiction series and has nearly thirty published books. Her genre diversity offers her readers everything from cozy to hard-boiled mysteries, and thrillers to action adventures. Her crime fiction series have been praised by those in law enforcement as being accurate and entertaining. This led to her adopting the trademark: POLICE PROCEDURALS RESPECTED BY LAW ENFORCEMENT™.Carolyn was born in a small town and enjoys spending time outdoors, but she also loves the lights of a big city. Grounded by her roots and lifted by her dreams, her overactive imagination insists that she tell her stories. Her intention is to touch the hearts of millions with her books, to entertain, inspire, and empower.She currently lives near London, Ontario, Canada with her husband and two beagles.

About The Little Grave:

Detective Amanda Steele stops just inside the doorway, recognizing the victim’s face instantly. He seems so vulnerable in death; soft, human, even harmless. But she can never forget the evil he has inflicted. Her heart is hammering as she remembers her precious daughter, with her red curls and infectious laugh, and how she was lowered into that little grave…It’s been five years since Detective Amanda Steele’s life was derailed in the path of an oncoming drunk driver. The small community of Dumfries, Virginia, may have moved on from the tragic deaths of her husband and daughter, but Amanda cannot. When the driver who killed her family is found murdered in a motel room, she can’t keep away from the case.Fighting her sergeant to be allowed to work an investigation with such a personal connection to her, Amanda is in a race to prove that she can uncover the truth. But the more she digs into the past of the man who destroyed her future, the more shocking discoveries she makes. And when Amanda finds the link between a silver bracelet in his possession and the brutal unsolved murder of a young exotic dancer, she realizes she’s caught up in something darker than she ever imagined and suspects that more girls could be in danger.But as Amanda edges toward the truth, she gets closer to a secret as personal as it is deadly. Amanda has stumbled upon a dangerous killer, and she must face some terrible truths in order to catch this killer – and save his next victim as she couldn’t save her own daughter…A gripping, page-turning thriller full of mystery and suspense. Perfect for fans of Rachel Caine, Lisa Regan and Robert Dugoni.

RELATED: 10 Things I'd like my readers to know about me by Siobhan Curham

I’m a university drop-out – I’d always dreamed of being a writer as a kid, so going to uni to study English Literature seemed like a natural stepping stone into that career. But once I got to uni I had a major crisis of confidence. I grew up on a council estate and started to believe that people like me didn’t belong in the middle class world of writing, or even university. So I dropped out and gave up on my dream, thankfully only temporarily. I’ve now had over 30 books published and I love sharing my story, as I’m living proof that you should never let your background hold you back from pursuing your dreams... to read more click HERE