Bill Mann writes a piece for Female First upon the release of his new book Change Leadership.

When my wife passed away, due to cancer, at the age of 47 I was left to support our four children through their grief. They are two girls, and two boys, that were aged between 8 and 19 at the time. My wife and I had chosen to keep the illness from them during treatment, so it was only when the treatment had been exhausted, and we moved to palliative care that we told the children what was going on. This protected their childhood for as long as possible, and during critical exam years, but meant that they had a short period to come to terms with the news before tragedy hit. There is no right or wrong approach, but I am glad we protected them for as long as we did. 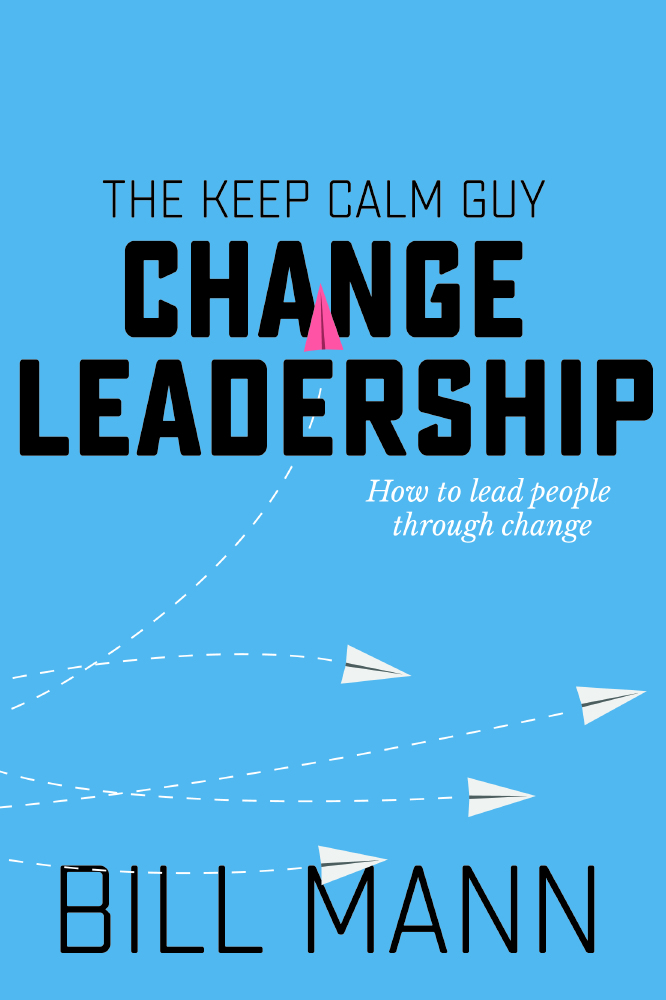 The grieving started as soon as we shared the news and this was without doubt the most difficult thing I have ever had to deal with, and the darkest period of my life. Supporting my children at the same time as dealing with my own grief was incredibly hard. Here is what I learnt, and I hope these tips will help anyone that finds themselves in a similar situation.

1. Children are all different, and will deal with grief differently

All four of the children are different characters with different personalities. None of them dealt with or expressed their feelings in the same way and I recognised early on that I would have to support them individualistically and not think that what worked for one would work for another. The more effort I made to empathise with them and understand what they needed, the better I was able to support them.

Similarly, because of their different ages the grief hit them at different times in their childhood and their development, they also had different relationships with their mother for the same reason. I had to try and see things through their eyes, and the relationship they had, that was now lost. This was particularly true for the girls. I knew what a son/mother relationship meant, but I had no experience of what it meant to be a daughter. Only by trying to put myself in their shoes could I begin to understand how they were experiencing the pain. I probably didn’t come close, but I did my best.

Anyone who has lost someone close to them will know this. You expect birthdays, anniversaries, Christmas, and other celebrations to be hard. This means you are expecting the grief to hit you and you try to be ready for it. What no one tells you is that grief will take you out at the knees when you least expect it. A song, a memory, an item of clothing, an old note. Anything can trigger an overwhelming sense of loss when you least expect it. The same applied to the children. They could be doing ok one minute, and in floods of tears the next. I had to be prepared to drop everything and provide support when it was needed. I also had to learn that just because one of them appeared to be doing ok, it didn’t mean they would need me in the next moment.

4. They mustn’t try to muddle through

There’s a fine line between encouraging them to continue with their day, and keep going to school, for example, and recognising that they are beyond that and need a break. On numerous occasions I had to say let’s just forget everything that was planned for the day and take a day ‘off’. If that meant missing school, or coming home from Uni for a few days, then so be it. It is much better to take away that pressure while they deal with their emotions and move to a better space, than to force them to carry on and bury their emotions.

5. Let them take support from others, don’t be offended, it is in their interests

As the surviving parent it is tempting to want to do everything for your children, and to be their source of comfort and support. But it is more important that they get the support they need so if they find that from grandparents, aunts, uncles, or other close friends and family then let them. Children are incredibly perceptive, and they will want to protect and comfort you as much as you want to do the same for them. Sometimes they won’t want to burden you with their worries.

6. Try and keep the rest of their lives normal

Losing a parent at a young age is probably the most traumatic thing they will go through in their lives. It was outside of my control, but I knew what I could control is to make sure the rest of their world did not change at the same time. I went out of my way to make sure their familiar routines stayed the same, the house was maintained, they had clean clothes, were well fed, saw their friends, and so on. There is comfort to be found in familiar routines and I did not want to take that away from them.

Sometimes that wouldn’t work, and what is the point of forcing them to do something against their will if they really feel strongly about it? If they really didn’t want to continue with a hobby, or going on a school trip, then why make them? Again, there is a fine line and a balance to be struck between supporting them and encouraging them to get on with their lives and taking away things that may be causing them stress or making them unhappy.

8. Give them space and time

You cannot force the pace of grief it will take as long as it takes. The children needed space and time to work through it. As painful as it is to see in your own children, sometimes it was just a matter of giving them time and reassuring them that I would always be there for them, and that it would get easier as the days passed. There are no shortcuts.

9. Look after yourself, to look after them

I quickly learnt that if I was tired, hungry, or struggling myself, then I was far less capable of supporting the children. I made sure that I got enough sleep to recharge my batteries, and that if I was having a bad day, and highly emotional, that I took something off my plate to reduce my own pressures. Sometimes it was just passing things on to someone else to help with, or deferring a job to another day, or cancelling an appointment. Anything that helped me, helped me look after the children. I did not hesitate to ask for help or give jobs to other people to do – I was way beyond worrying about what other people thought.

I hope these tips have been of help. For anyone that is unfortunately in a similar position, all I would add is that there is no right or wrong, there is no defined path through grief. Everyone has to find their own way and do what is right for them. Do not allow yourself to be judged, and do not take advice from someone who has not walked a mile in your shoes. Love yourself, and love your children.