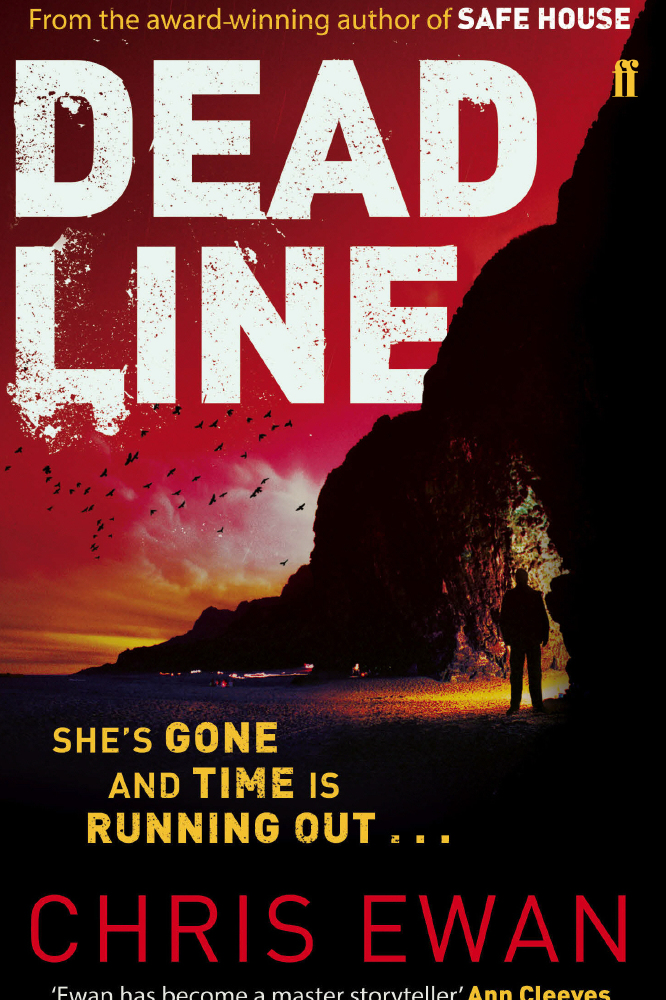 Dead Line is a kidnap thriller set in Marseilles, with a twist — the hostage negotiator at the heart of the story is concealing a dark secret of his own.

Daniel Trent’s fiancée, Aimee, has gone missing without a trace, and Trent does everything he can to find her. He suspects that shady businessman Jerome Moreau has something to do with her disappearance, and he plans to abduct and interrogate him. But before he has chance, Moreau is kidnapped, and now Trent must get him back quickly — and alive — before time runs out.

What is the appeal of the thriller genre for you?

So many things. I think the main thing for me is that the stakes can be as high, and the scope as vast, as you like. If you’re writing thrillers, you’re really dealing with the extremes of human behaviour and possibility, and as a storyteller, that’s incredibly liberating. It’s not often on an average day that I break into somebody’s home, or negotiate with a kidnapper, so it’s fun to do it on the page.

This is your second novel in the genre- so what you can tell us about your first Safe House?

Dead Line is my second thriller, but it’s my seventh novel — I’ve also published five novels in the Good Thief’s Guide series of mysteries about a globetrotting burglar, which are being developed into a TV series in the US on behalf of 20th Century Fox. Safe House, though, is the book that transformed my career and enabled me to write full-time.

Safe House is set on the Isle of Man, where I’ve lived for the past ten years, and it’s about a plumber called Rob Hale who wakes up in hospital following a motorbike accident to be told that Lena, the woman he claims was travelling with him, doesn’t exist. In the face of police scepticism, Rob sets out to find Lena, later teaming up with Rebecca Lewis, a P.I. who’s on the island to investigate the recent death of Rob’s sister. Together, they follow the clues to discover Lena’s fate and begin to unearth a much wider conspiracy.

Please tell us about the character of Daniel Trent.

Daniel Trent has dual English-French nationality. He’s smart, capable and highly professional. Trent has made a career out of advising people in some of the most demanding and stressful situations imaginable, and his role as a hostage negotiator requires him to make life or death decisions every day. As a result, he’s developed the ability to detach himself from the emotions of a kidnap situation and to analyse every conceivable angle of a kidnapping in a logical fashion. But in Dead Line, Trent doesn’t have that luxury. Suddenly, his fiancée’s life is on the line, and Trent is thrown completely off-balance as he begins a single-minded campaign to bring her home.

Your book has been noted for having a film like quality- is that something you had in mind while writing it?

Well, there are a great many kidnap movies, and I certainly watched a bunch of them when I was developing the idea for Dead Line, but I didn’t set out to write the book with a movie in mind. That said, I tend to write in quite a visual style, and perhaps film has influenced that to some degree. Happily for me, the book has been optioned for film, so perhaps if I’m very fortunate, one day everything will come full-circle.

So many of your reviews talk about your grasp of pace- so is this something you are conscious of or does it just come naturally?

My guess is that pace is something that comes instinctively to most writers. I like reading books that move swiftly, and those are the kind of books I tend to write. Maybe one day I’ll slow things down, but for now I like to keep the pace high and the action furious.

You have been praised for becoming leading member of the new generation of thriller writers, so how does that make you feel?

Young! Which is lovely. But really, there are so many terrific crime and thriller authors out there right now that I’m just grateful to be published among them.

My next novel, Dark Tides, will be published by Faber in mid-October in the UK. Like Safe House, Dark Tides is a thriller set on the Isle of Man, but this time the story is based around Hop-tu-naa, the Manx Halloween. It’s about a group of friends who get together every Hop-tu-naa to carry out a dare, until one year a prank goes terribly wrong, tearing the friends apart and changing all of their futures. It’s a dark and spooky tale that I hope readers of Safe House and Dead Line will enjoy. 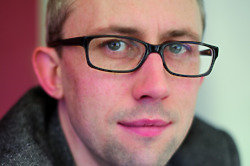