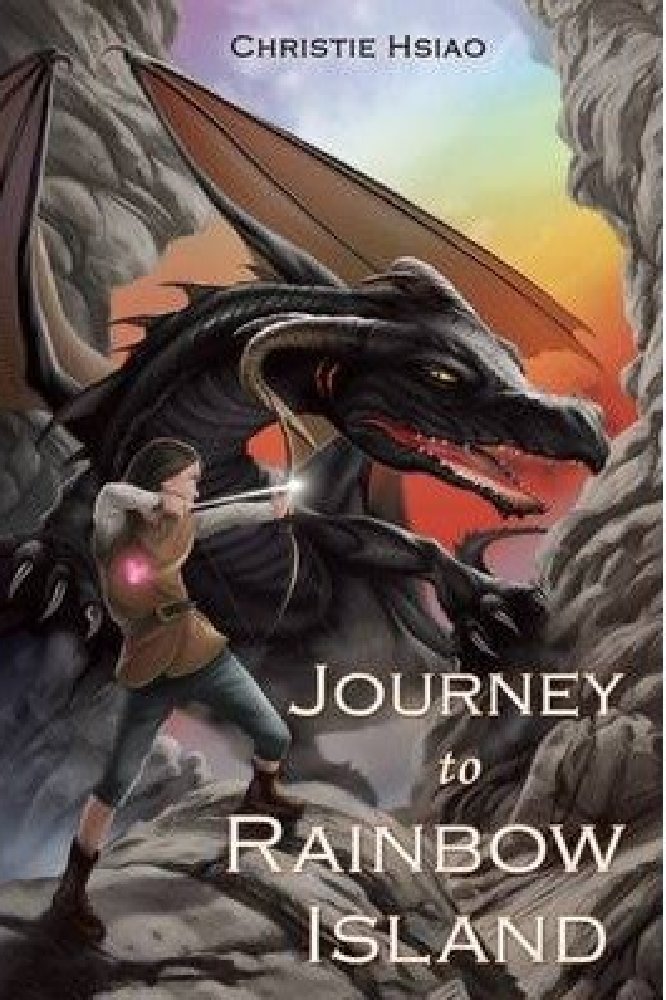 Journey to Rainbow Island is about an 11 year old girl from a place called Rainbow Island- it's the most beautiful place- like a fantasy paradise. Now she has to venture out into the dark world to retrieve the lost seven crystals from her island and save all of her friends. One for the Rainbow children has been kidnapped so she now has to travel out to save him. On her journey she meets a lot of evil creatures and dragons and we see how she overcomes those challenges and becomes stronger.

Please tell us a bit more about the character of Yu-Ning and how she develops throughout the book.

She is 11 in the very beginning and she is innocent and pure and full of love. As she travels out she encounters challenges. When she was on her island she was fearless because there is no judgement, no jealousy, there is no negativity. When she is out in the dark world, she faces challenges and she doesn’t really register why people are acting this way. So you can see her fear and her doubt, like what all of us face in our daily lives and how she overcomes that. We see how she becomes wider and transforms.

This is your debut novel, so how does it compare to what you imagined novel writing would be like?

It’s a lot of dedication and commitment. For me it’s about discipline and a lot of hard work that no one ever sees, but I enjoyed it.

You have wrote, directed and produced several films, so how much does this vision and imagery for on screen translate to your writing?

It’s quite similar- I see the vision- when I am making movies, I see vision, I see images and pictures and I translate that onto paper. On her journey to different places when she is at the snow mountain or the palace, I see that in my head and that is how I translate that into words.

Can you tell us a little bit about Serenity Media Group that you founded.

Serenity Media Group is my company. We are a production company that produces products that are positive, inspiring and uplifting- nothing negative.

Why is it important to you to create entertainment that is uplifting?

I feel that there is a lack of positivity in entertainment. You can see this a lot in media and around the world; it’s not just in Hollywood. There is so much negativity; people are fighting and killing each other, there is a lot of anger. I don’t want to focus on that. I want to change and bring light to entertainment through story telling.

Why do you believe so strongly in the power of the story to raise awareness and create change?

Lots of mythology is told by stories so instead of being non-fiction and preaching, people are telling people what to do in storytelling- and that is great! You can go through her adventure with her and see that this is telling by story. That way it’s more acceptable to people. Everyone has their own perception so everyone will get something different from the book.

Being the founder of Serenity Media Group must take up a lot of your time, so how do you juggle your writing process with your other commitments?

When I was writing I was just really doing that, I wasn’t going out much, I was dedicated to my writing. Now it’s a little challenging to be honest because I travel so much every single week so I try to find at least an hour. Or I write in the middle of the night when everyone’s sleeping so I have no distractions and I can just write for the second and third book.

The next books are a continuation of the first. She continues travel and in her adventure you don’t know where she is going to go. All of the children on the island have magical powers so whatever they think becomes reality. So they can go anywhere they want to go and do anything that they want to do. In the second book she could travel to Mars- anything is possible!