A day in the life of writer Gabby Hutchinson Crouch

"I haven’t had many physical writers rooms since the pandemic. Online is more accessible and cheaper but I do miss how weird the spaces would be." 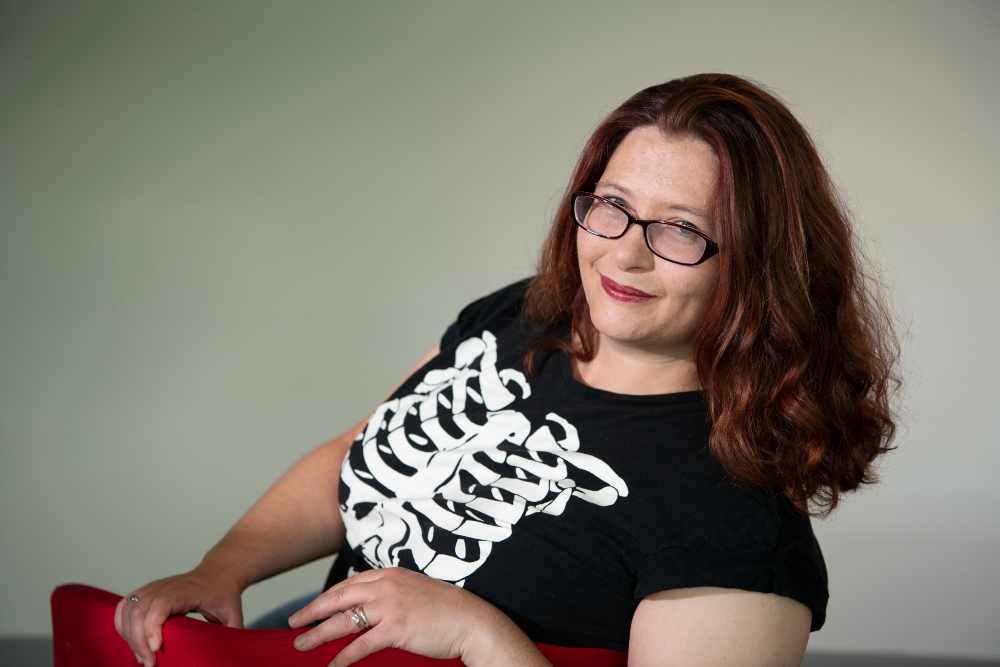 When I was pregnant with my first child, I used to tell myself that having kids would reset my body clock to be more of a morning person. I was wrong. I have never got out of preferring late nights and late mornings. So here I am at 41 with the sleep cycle of a teenager.

If we’re starting my ‘day’ at midnight, you would probably find me writing then, and looking at the clock, going ‘ooh, it’s late, I should go to bed’, and then writing some more anyway.

I get up when I have to, which when you have a school run is annoyingly early. At least this means that I’m at my desk for 9, with several uninterrupted hours in which to write - so obviously if I’m not on a deadline, I’ll waste at least an hour making endless coffees, procrastinating on social media and occasionally staring at work files and sighing.

I do all this to a soundtrack of BBC Radio 3, because if I’m going to waste time, I can at least be sophisticated about it. Clever people might tell me in kind tones that procrastination is all a part of the creative process. I imagine someone reassuring me about this as I watch yet another cat video.

This sort of nonsense is exactly why I work best with a tight deadline, and luckily, most of my TV and radio writing is just that. When I’m booked to write on a show, my day is very different. It’s all meetings and shared Google Docs.

Topical shows have the tightest deadlines, and need a ridiculous number of deeply niche jokes. I thrive on days like that. You want a dozen solid gags about Ed Davey’s shoes before lunch? Now that’s the kind of pressure my brain enjoys. Especially if it’s a physical writer’s room and the producer’s brought in sweets. Tangfastics go in, jokes come out.

I haven’t had many physical writers rooms since the pandemic. Online is more accessible and cheaper but I do miss how weird the spaces would be.

The locations of writers rooms I have worked in in recent years included a church basement, an industrial estate in Greenford and Mark Watson’s kitchen. My favourite of all these spaces was the BBC’s Casualty Room at the New Television Centre.

All BBC Meeting Rooms are named after BBC shows, with corresponding decals. The Casualty Room only has space for three people, and has a huge decal of not one but two Charlie Fairheads. Tell me your day wouldn’t be made better by having two massive Charlie Fairheads gazing down benevolently at you like a silver haired saint.

Writing a book series is a different story. It’s a big project with a long deadline, and no Charlie Fairhead decals at all. Hence the procrastination.

TV comedies and indie video games provide my procrastination in the evening. One of my comfort watches over the pandemic was Schitt’s Creek - part Canadian sitcom, part televisual cuddle - and its image of a family of Boomer parents and bickering adult 'children,’ stuck in the same car, became an inspiration for the first appearance of the Rook family in my book Wish You Weren’t Here - and the eerie seaside setting was inspired by the stunning aesthetics of Channel 4’s coming of age dramedy The End of the F*****g World, and haunting British video game Everybody’s Gone To The Rapture.

See? Procrastination IS a part of the creative process! Suitably inspired, I can then stay up writing until gone midnight, which is where we began, and the whole cycle can start again. Wish You Weren't Here by Gabby Hutchinson Crouch is out now (Farrago, £8.99).