Debbie Rix writes a piece for Female First upon the release of her new book The Italian Girls.

When asked to consider what I’d like my readers to know about me, I have to confess to a conundrum. I’m a rather private person and tend to shy away from the business of exposing elements of my life to others. I think that’s why I became a novelist. It’s far easier to reveal yourself through the lives of the characters you have created. 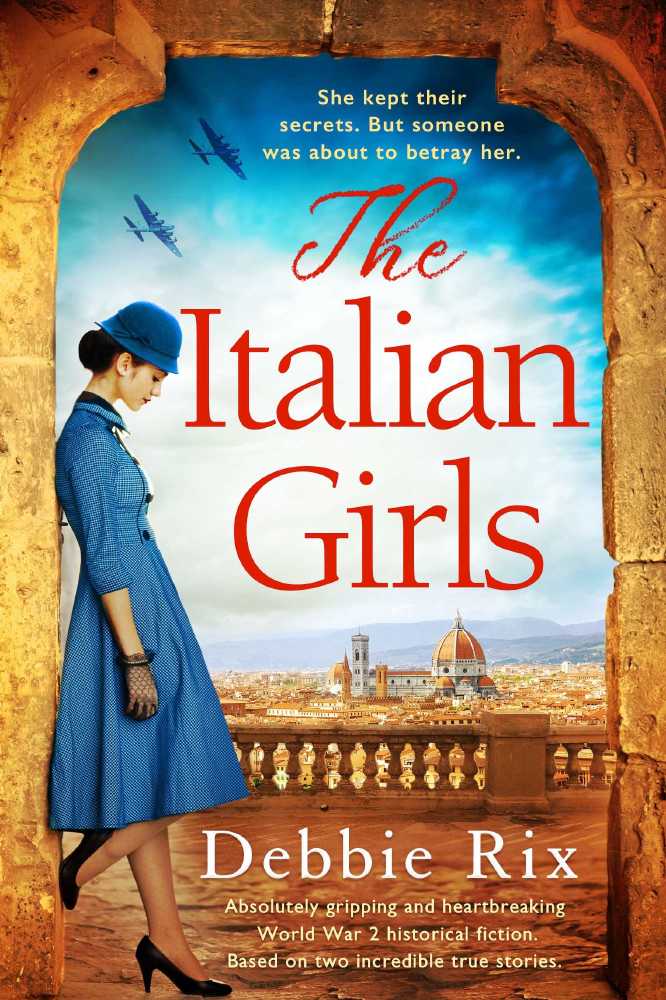 As a child I lived in my imagination. So do most kids, I suppose, although I do fear that the arrival of so much technical wizardry in children’s lives has taken its toll on their imaginations. In my case, imagination was a vital part of being able to play. Although we were a perfectly normal middle class family, my sister and I had few toys or technical distractions. We didn’t have a TV until I was six, and then it only came on in the late afternoon and wasn’t exactly riveting viewing. But the lack of external stimulation was in fact a gateway to my imagination, as I was forced to turn normal household objects into playthings. I loved making houses - and so my mother’s laundry airer (a wooden contraption that had three sides) became a ‘house’ if covered with a sheet. A vast oak tree in the woods across from our house provided the location for another, more rural ‘cottage’. The oak grew on the edge of what we called, ‘The Dip’, but which was actually an old bomb crater from the 2nd World War. The ground beneath the oak had disintegrated, exposing the roots, which curved over, creating a sort of root cage conveniently divided down the centre, effectively creating two ‘rooms’. I would drag my small toy chest of drawers over there, along with a child-size table and a couple of small chairs. Then teddy and I would enjoy afternoon tea – in reality just Ribena served in my rather pretty blue and white china tea service. The memory is still vivid. The scent of the dark red earth, the wind rustling the oak leaves overhead, the anxiety of being away from home counter-balanced by the joy of creating my own home-from-home in the middle of the woods.

As a small child, I was bullied at school. I was a year younger than the rest of my class - I was ten, they were eleven - and this, I suspect, was part of the reason. But the serious bullying began after a weekend visit to the cinema. I saw a girl in my class smoking. At school the following week she came up to me with her enforcers and told me that if I ever told on her she would beat me up. I had no intention of sneaking on her, but her fear made her aggressive. Every day at school I was surrounded at playtime and intimidated. I was too frightened to tell my parents – fearing my mother would go straight to the headmistress, the girl would be called for and I would be… killed. Yes, I really believed she the girl would kill me. I cried myself to sleep most nights until my elder sister found me. She advised me to fight back. I won’t go into the details here, as some might think her advice was verging on the dangerous. But suffice it to say I stood up to the bully the next day, and quite miraculously, the advice worked. She melted away. I moved schools later that year and put the episode behind me. But I know that it has marked me- but not in a negative way. I really do believe the old adage that ‘what doesn’t kill you, makes you stronger’.

As a young woman I envisaged a future for myself on the stage. I took part in all the school plays, but by the age of seventeen had come to the conclusion that the acting profession was too high risk. In the end I joined the BBC, which I loved, and eventually became a newsreader and presenter, which went some way to assuage my urge to perform. But I do sometimes wonder if I might have made it as an actor. Now as a writer, I realise that I write in ‘scenes’. I’m a very visual person anyway, but years of working in television honed that. Some people have been nice enough to say that my novels would translate well to the screen. Perhaps one day they will…

My passion, apart from my family and writing, is gardening. I discovered it when I was a newsreader. Digging in the garden became a way to deal with stress. Now It’s a positive obsession. We live in the country, and I’m lucky enough to have a large garden. It was really just a field when we moved here many years ago, but over the decades, I’ve dug new borders, planted yew hedges to create different ‘rooms’, and established a vegetable garden. My weekends are usually spent digging, weeding, chopping back, planting – but I love it. I seriously think that everyone should grow something – even if it’s just a row of cress on their window sill. The joy of watching a seed you have planted come up through the soil never fails to delight me. During lockdown, gardening and writing were the things which kept me sane.

I love to cook and entertain. I’m lucky enough to have a solid group of close friends who I adore. They have been with us through all the trials and tribulations of life and we have supported each other as our kids have grown up. High days, holiday, birthdays are all an opportunity to invite people round. I love the planning, the arranging, even the setting of the table. As a child I used to beg my mother to let me set the table for her dinner parties, and I still love this almost more than any other part of the preparation. I’m ‘playing house’ again, I suppose. We never really grow up do we?

As a young woman, working at the BBC, I remember thinking ‘what a shame that I can’t have more than one career’. I loved my job, but somehow had a feeling that it might not be enough. As it happens I’ve now had five careers, one or two of them simultaneously. I am the incarnation of the concept ‘portfolio career’. I started at the BBC, behind the scenes as a researcher, then became a TV presenter. In my thirties, when I had young children to look after, I switched to producing events – first for companies and then charities. Throughout it all I was working as a Voice-over artist. And in my fifties I finally achieved a life-long ambition to write novels.

I’ve been lucky enough to travel quite a lot. In my twenties and thirties I often went abroad for work, visiting Japan, Hong Kong, Australia, the USA – as well as Europe. Encountering these places when you’re working gives you a completely different perspective. As a television reporter I was fortunate enough to spend time with the ‘boat people’ living in the harbour in Hong Kong. Their grace and generosity – sharing their few scraps of food with myself and the film crew, for example, were an inspiration. In Australia, I lived for a few days on a remote sheep station in the outback – an experience, if ever there was one. Try being the only woman for literally thousands of miles, taking a shower in the outdoor sheep-shearing shed and the only thing between your modesty and the guys outside is a small piece of corrugated iron! While in Australia I also spent a few days in the extraordinary underground opal-mining town of Coober Pedy, where it’s so hot that people live underground in remarkable houses dug out of the earth. I nearly got blown up there, as it happens. I was keen to shoot a sequence of the miners ‘blasting’ for opal. The miner who offered his services duly set off a charge, as the cameraman filmed. When we finally climbed up the ladder to safety, he admitted that a friend in a neighbouring mine had been killed the previous day doing precisely the same thing!

I was once approached to put myself up as an MP. I was working in the charity sector at the time, involved with homelessness among young people and passionate about the idea of helping them find happiness and fulfilment through training schemes – in particular gardening! I briefly considered the idea of politics, but now I’m relieved I didn’t go down that path.

I have an unpublished novel in the cupboard in my office. Written when I was in my early thirties and juggling babies, I didn’t try very hard to get it published. I was so preoccupied with other things at the time, and didn’t have sufficient self-belief to really make it happen. It’s a ‘who done it’ set in the world of television. I wrote it so many years ago that it would almost be a period piece now. Up until now, I’ve focussed on historical fiction – and I love it. There is so much we can learn from the past and that is definitely the value of writing historical fiction for me – the opportunity to learn about a particular period in history and hope that the reader will share my journey. But there is a thriller writer in me, waiting to get out.

I love Italy. As a child we visited Italy quite often and since my thirties I’ve gone back to the same part of Tuscany each year. Although I’ve never lived there, it’s in my soul. I have a number of Italian friends and of all the countries in which I’ve set my novels, Italy is the one which resonates most powerfully with me. I’ve set two stories in Venice – and may well come back to that glorious place again, but ‘The Italian Girls’, my new novel set in the 2nd World War in Italy, and out on 28th September, is set in Florence and Rome – two cities of which one can never tire!

MORE: 10 Things I'd like my readers to know about me by Debbie Rix 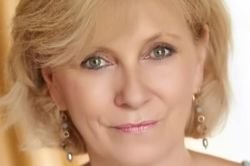