Author Elle Connel writes a piece for Female First upon the release of her new book Down By The Water.

I like my steak blue, or preferably raw. My dad loves to recount a ‘hilarious’ anecdote about when I was two years old and sitting in a shopping trolley parked by the supermarket meat counter when I leaned over the mince and said, ‘Blood. I like blood’, and the woman next to him said, ‘what a charming daughter you have.’ But lo, the tiny-tot me knew something about herself, for now, not only do I dive for steak tartare on a menu, but I write books about violence and doom. 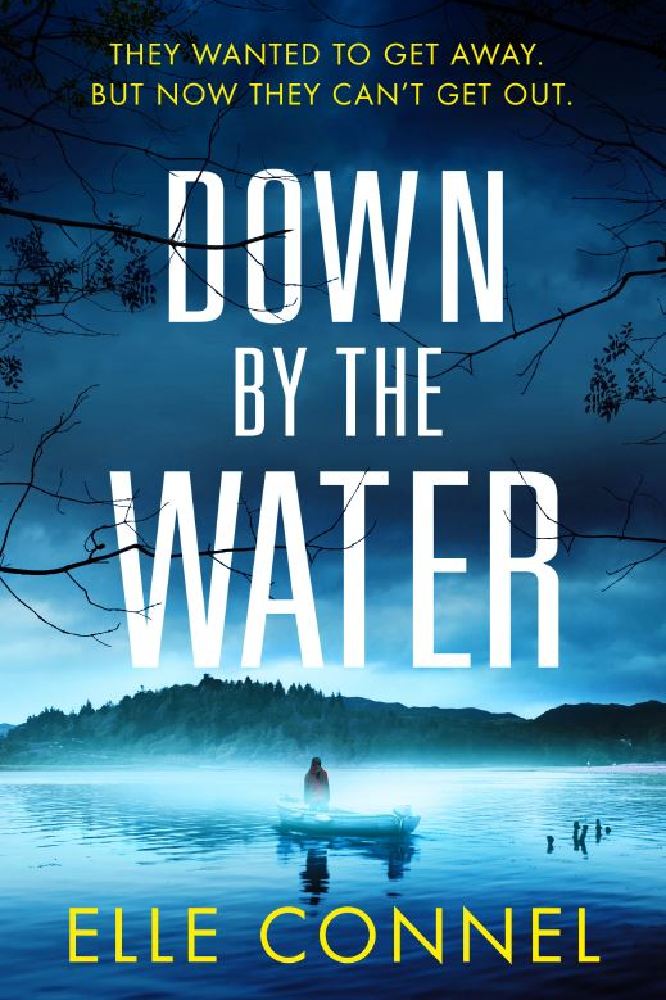 Down By The Water

I am obsessed with dogs. Anyone who knows me even vaguely knows I will cross a six-lane motorway to pet a staffie or a lurcher. Hounds are my favourite. I have a rescue greyhound called Buster, whom I love with all my heart, but sometimes when Buster is conked out on the couch (most of the time) I have secret fantasies about life with a Bedlington whippet cross. Most of my procrastination when writing comes from looking at the Dogs Trust website.

Connel is my late nanna’s maiden name. My real name is Lucy Ribchester, under which I write historical crime fiction. I chose Elle for two reasons: it’s the phonetic spelling of my initial, and coincidentally means ‘she’ in French - which I liked, because for centuries so many women have had to hide their gender behind male pseudonyms or initials. If anyone is put off buying my books because they’re written by a woman they can do one. Connel with one ‘l’ is, according to my mum, (family genealogist), the Scottish spelling, and in our family it comes from my great-granddad who grew up in an orphanage in Dumfries.

I once swam with icebergs. Not whales, not dolphins, not even sharks, but big chunks of frozen seawater. I was working onboard the National Trust for Scotland cruises, and we were up in Spitzbergen when one of the passengers, a keen wild swimmer (to put it mildly) said she was determined to swim in the Magdalena Fjord. I’d had a bit too much to drink so I gamely said I’d join her, thinking ‘well, I’ll never get the chance to do that again.’ It wasn’t as bad as it sounds.

My last day job was writing computer science reports. As a dance journalist and crime writer, this one was a bit of a curveball, but a local university was looking for a writer to help with some computer science reports and I was coming off maternity leave and in the right place at the right time. It was a crazy upwards learning curve of alien concepts and niche vocabulary, but it was fun to be able to drop jargon into conversation with my techy pals: ‘You know proof of stake blockchains really are more energy efficient than proof of work, if only they could improve the security against adaptive corruptions in semi-synchronous settings’ - then watch their jaws fall slowly open.

I am petrified of snakes. My partner’s auntie has a pink albino python, which looks rather dashing when draped around one’s neck and is hard to be frightened of, but anything long and thin and hissy - adders, corn snakes, garter snakes - gives me the utter creeps. Despite this, my second favourite internet procrastination activity is watching YouTubes of THE TEN MOST DEADLIEST VENOMOUS SNAKES THAT WILL KILL YOU TOTALLY DEAD IN A MILLISECOND. I’m really not sure what a psychoanalyst would say about that.

I put hot sauce on everything. Scrambled eggs, pasta with pesto, tabbouleh, bean burgers. Sometimes I even carry it in my handbag, and unlike Beyonce I’m not talking about a baseball bat. My favourite is Yucateco black label or if I’m feeling mellow, green Tabasco.

RELATED: Seven things I'd like my readers to know about me by Lyn Yeowart

Books, biscuits, and Beethoven: my writing environment. Sneak into my study while I’m writing and you’ll be bombarded by Beethoven (or Bach, Mozart, Debussy) before being offered a biscuit from the packet sitting atop some of the books open on my desk. Why the classical music? The way the mood of such music can change suddenly and dramatically reminds me to keep my writing tight and create a rollercoaster of emotion! What sort of biscuits? They vary from dry crackers topped with cheese to wicked chocolate, depending on what’s in the pantry and what’s happening to my characters…crackers when the cop is thinking logically about clues; chocolate when the “baddy” is planning their next move! And the selection of books? Some of them are reference books I’m using to research the next thriller I’m writing, while the rest are a selection of novels that inspire me. Which leads nicely to…