The End of the Line by Ash Penn 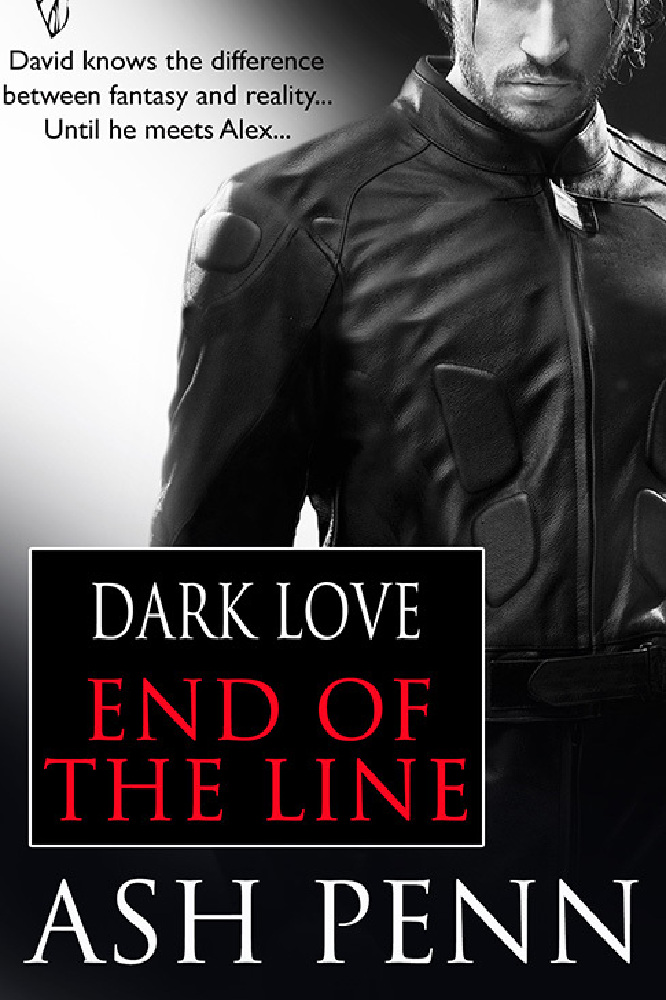 The End of the Line

End of the Line is book one in my first ever series, which is known collectively as Dark Love. The main character, David Greene, is very loosely based on myself as in he’s awkward, slightly geeky and not much into socialising. He’s also very short-sighted and wears thick-framed glasses he’s embarrassed about. The fact that he’s an orphan and alone in the world also contributes to his isolation. The only thing worth anything in his life is the derelict house that once belonged to his great-grandmother, and the romance novel she wrote just before her death a few years after the second-world-war.

David lives through the fiction he reads, and that’s why he’s so keen to sample some real life adventure when the mysterious Alex shows up in his life. David is definitely intrigued by Alex, but can’t believe someone as good-looking as him would be interested in such a shy, quiet bookworm who really hasn’t had much life experience to speak of.

Right from the off, odd things start to happen when Alex is around. Not to give away any spoilers, but it all begins with the gift of a book, from Alex to David, of a first edition of copy David’s great-grandmother’s novel, and ends with another gift that will change David’s life forever.

David's character is a bookworm, so how important is reading in your life?

Very important. Although I do read a lot of books, I don’t tend to do so when I’m writing my own fiction. I have done in the past, when writing was more of a hobby than a potential career, but I found other author’s voices encroaching on my own work. If, say, I read four different books by four different authors in the space of time it takes to write my own novel, I may well have all those voices influencing the parts of the novel I’m writing at the time. I tend to read when I’m between writing books. In that sense, I guess you might say I’m a bit of a binge reader.

You have written stories about men loving men since you can remember, so what is the appeal of this genre for you?

I think this question has often been addressed to women who write male gay fiction. Each time I read other authors’ reasons; I try and figure out my own. I have yet to come up with a definitive answer.  I don’t think there is any one answer.

When I was growing up in the seventies and early eighties, I used to watch a lot of kids’ TV programmes and read books where all the boys got to do the fun stuff while the girls were the sensible ones who disapproved, or tagged along behind or, worse, got kidnapped and needed rescuing. Maybe there just weren’t nearly enough strong female role models in my day to influence me. I just feel more comfortable writing from a male perspective. And there’s no point in writing if I don’t enjoy the process, or if I can’t relate to the characters.

Why did you hide your stories away for so long?

Writing, for me, was (and still is) an escape into adventure. I started off with fan fiction carefully crafted in an old Adam Ant notebook I stole from my sister. I used to make up stories from all my favourite TV shows of the time, Miami Vice and Battlestar Galactica (in the days when Starbuck was a man) being two. They were very simple stories and really not very good, certainly something I’d never want anyone to read.

Later, I started writing my own original work on a word processor and kept the stories locked away on floppy discs. My first ever novel was a romance between vampires, and I didn’t believe there was a market out there for vampire love between two males. Although I was a big fan of Anne Rice’s Vampire Chronicles, those early books never went much further than a suggestion of homoerotic undertones. My vampires were very blatant about their love for one another. As I really believed there was no market for the kind of stories I wanted to write, they ended up hidden away.

I actually lost most of my early stuff whilst attempting to transfer them from unreliable floppy discs to a new super-duper computer with a whopping 3GB of hard drive. I now make sure I back up my work frequently and on several different drives.

Why was there a common misconception that there was no market for gay male fiction?

Years ago, when I first started writing gay fiction, the Internet didn’t exist as we know it. I thought I must be the only girl in the world who wanted to write about gay men falling in love with each other. Back in those days a simple same sex kiss on a TV soap was likely to cause uproar in the tabloids the day after airing. Thankfully times are moving on, although there is still a way to go. There’s definitely a massive market online, if not in mainstream high street bookstores. I don’t yet see any signs of gay erotic fiction on the shelves among the fifty-shades’ clones, but I live in hope.

The book has been compared to Erica Stevens and Lisa Renee Jones, so how does this make you feel?

I’m not familiar with those authors but I will be sure to check out their work to see how my work compares.

In your book paranormal exists beside the normal, so when did your interest in other worldly fiction begin?

As a child. One of the first books I remember reading was The Magic Faraway Tree by Enid Blyton. I was fascinated by the idea that a whole different world could exist at the top of a tree. I don’t remember many details of the actual story now, but the ‘other worldly’ theme stayed with me, and I’m definitely enjoying writing about beings that, as far as we know, don’t exist in our world.

Where did the idea come from for the book being a portal to another world?

The Dark Love series is set in our world, it’s just that there’s a division between human and demon. They exist just beyond the human perception of them. End of the Line is told from the point of view of a man who has no idea the paranormal exists. Although David absorbs himself in fiction, he’s very cynical of the unknown. David is very short-sighted, and it takes someone like Alex to open his eyes to this alterative world. I also wanted to write about both worlds for different perspectives, and a series is the ideal way to do so.

What can you tell us about the next book in the Dark Love Series?

Book two will be told from a vampire and an incubus’s point of view, and so a lot more of the paranormal aspect will come through. Book two features a different set of characters, as will each book in the series. All the characters are linked, even if they don’t yet know it yet. They will all come together for the final book.

I don’t tend to plot, so I’ll be working strictly with what the characters tell me is happening along the way. I find that’s the easiest way to work, even if I do occasionally write myself into a hole. I’m confident my characters are strong enough to show me the way out again.

What advice can you give to other closeted gay male fiction writers?

I’d say do what makes you happy. If you want to be adventurous and ‘come out’ then do so, if you don’t, then remain as you are. I think of my stories as personal as diaries in many ways. I wouldn’t want close family reading them as I’d only feel the need to censor myself. I don’t mind my friends reading my stories, though. They’ve always been supportive, but, even if that wasn’t the case, I could never give up writing what I love.

You can purchase End of the Line from Total-E-Bound Publishing today! 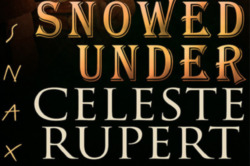