Female First s proud to announce the poets of merit. 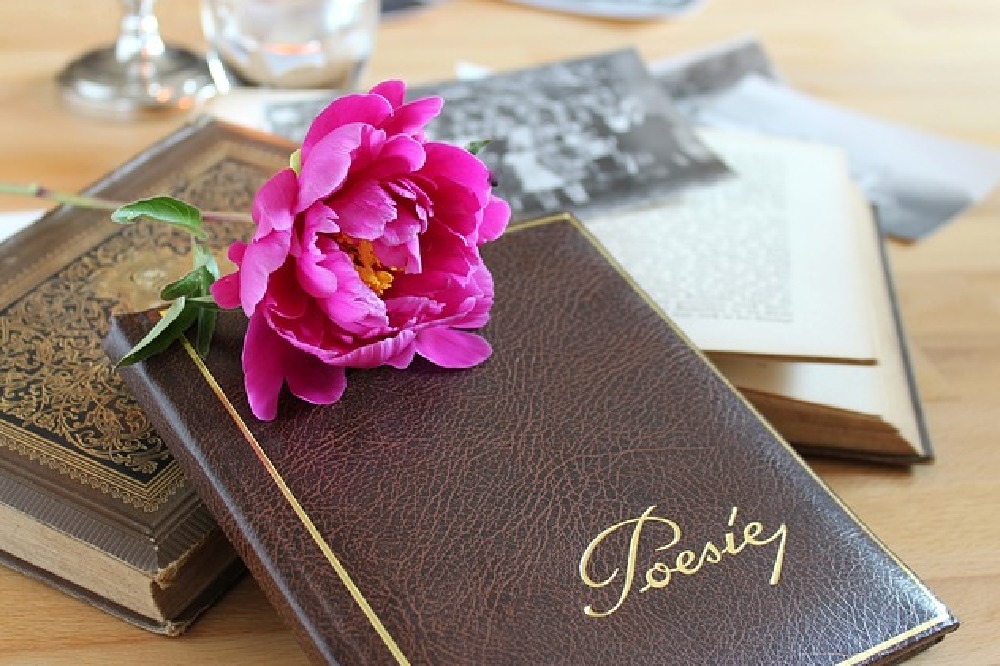 THE POETS OF MERIT for competition one are...

For her poem, “Neroli”

For her poem, “Plunge, Drop and Nod”

For his poem, “after the cups, the marmalade, the tea”

For her poem, “My tides”

For her poem, “A Field of War”

For her poem, “Colours of life”

And so, the Queen

from the second isle

of the second Grecian sea

of the Arab world

but could not sire a son.

from the labyrinthine corridors

below the castle, was tasked

by the Queen to give

her a son in time

to save her life.

He brushed her fine

deep into her green eyes

green as the sea

and the flasks of chemicals

in his laboratory of salves

and fell in love.

Her hair fell into his shoulder

and he kissed her

on lips pursed back

in the garden of salves.

He picked a blossom

from the orange tree

and crushed it to the scent

This is to remember

how we shall find each

other in this lifetime

Shalom Galve Aranas is a freelance writer published in Synaeresis, Andrews College- Spire Light, Enchanted Conversations, and elsewhere. She is a loving, single mother of two.

(This poem is written with Layne Staley, of Alice in Chains, and also my mother in mind.)

He feels the sharp.

Call out to someone - yeah he should.

Sit with me awhile if you could.

You try not to see.

Wreckage of what he is.

Illusion of what used to be.

Nodding at a tiny thought.

Is this what you dreamed of when you thought of being a man?

Who are you anymore?

A ghost who I used to know.

Feeling uncomfortable... maybe I should go?

I wish it could my friend.

Just stay awhile - we can play games and jam.

I wish I could relate but that's just not who I am.

It's you who wants comfort.

When it's you who won't stay.

Pain - you left it behind.

Stains smell and boxes they all get to stay.

Be cool and relax.

Get creative and just nod for the day

You plunged, dropped and nodded until you nodded too far away.

No one could ever make you smile enough to stay.

Missi-Lynn Is a 46 year-old, disabled struggling artist. I've lived in Wisconsin my whole life and just now I'm learning more and more how my views on life have been so skewed. I'm learning better and doing better daily.

stunned by a starry radiance above North Shore

peaks, but I feel strange effects. As healers are

taught, I ask “Are you of the Christ Consciousness?”

and back comes: “I AM the Christ Consciousness.”

—inspiring where else meantime?)

of new eras, messengers from Heaven, but

May a too-busy world thirsty for divine

mistaken the message); notice that times

have changed, the paradigm has shifted

and that Aquarian Age teachings can occur

You decide to walk around the block and

Neall Calvert has 25 years’ experience as a journalist, book editor and writer. Influenced by the German-speaking poets Hölderlin and Rilke, he’s been published in The Men’s Journal, Borrowed Solace, the book Vistas of the West, and online at Dreamers, Fresh Voices and Recovering The Self. Neall, an associate member of the League of Canadian Poets, writes from Campbell River, BC, Canada, near the wilderness of northern Vancouver Island.

after the cups, the marmalade, the tea by Joseph a Farina

"after the cups, the marmalade, the tea"

his nights have changed

in a nightly prayer

waiting for a tomorrow

that is just another day

further from a memory

or pretence that he wants to

taken as his failure

used as his escape

made legend by himself

a memory of breath quickening

a memory of dreams found hollow

for the reckoning of madness

or the prophecy to take him

forever in a phantom world

where memories have their vengence

and time remorseless in their keeping

Joseph A Farina is a retired lawyer in Sarnia, Ontario, Canada. His poems have appeared in Philadelphia Poets, Tower Poetry, The Windsor Review, and Tamaracks: Canadian Poetry for the 21st Century. He has two books of poetry published, The Cancer Chronicles and The Ghosts of Water Street

My Tides by Nidica Ilić

The sadness in me walks,

tears flow down the lids.

with thoughts in the nights,

which they hide a secret.

Where to find peace,

for my family missing,

Nidica  Ilić was born in 1948 in Pirot, a university lawyer. After this war I was left alone and live in Belgrade, tf-381653412717. I am a member of the Culture of Dreams of Poetry Zagreb, Association of Writers Zenit Podgorica CG, DKB Belgrade and associate of literary clubs of the former republics of SFRY and abroad. I have been awarded for my literary works in a group of authors in our country and the wider region. In Asia, I published two hymnals “Past” and “Present” in Arabic-Serbian, where I lived for more than 25 years before this war because my husband worked in diplomacy.

The collection-songbook "VOW TO THE SON" and "HUG" edited by the Cultural Center MESOPOTAMIA from Belgrade Sabah Al Zubeidi, an Iraqi-Serbian journalist, translator and literary creator, has been published.

A Field of War by LaVern Spencer McCarthy

A hallowed field of war is never still.

The earth moves sharply with a haunted will.

It rises from below on waves of fear.

It rises from below on waves of fear,

a never ending sound that chills the air.

The lonely cries commingle with despair.

A never ending sound that chills the air,

The lonely cries commingle with despair.

We find the ones who perished do not sleep.

The earth moves sharply with a haunted will.

We find the ones who perished do not sleep.

A hallowed field of war is never still.

LaVern Spencer McCarthy is a published poet, with many state and national awards to her credit. She is a life member of the Poetry Society of Texas and is a member of several other state poetry societies. She has published five books of poetry and three books of short stories.

It is my close friend and counsel,

following me and consoling my heart.

Always knowing it will be my lifeswell,

from this pen I shall n'er ever depart.

From colours so green and hues so strained,

my eyes and soul give strength to my pen.

Suddenly passed and a sight having gained,

it leaps to the page; for the why and the when.

Never take for granted the power it wields,

strikes fear to dictators and lovers of yore.

The lies and deceit can never hold;yields!

To expose either glory or gore.

My first ever pet, is laid down here today,

memories of mine splashed to the world.

Younger then, real  joy in all play,

Khayam wrote of dreams and of wine,

secure knowledge he had of his fate.

The quiet writer whose trade he did dine,

his eyes wrote the lure after death,golden gate?

Monitored by man with the pen still singing,

history's voice when written, is clear.

Enter my body, both spirit and soul,

My pen strips me bare,

places me naked before words.

Sights, scenes and opinion there,

sizes, shapes and dressed up for life.

The love of self laid bare, politicians exposed,

Interpreting loves many facets and strife.

Since childhood; I've known to feel,

abandoned yet raised by maternal gran.

That golden haloed lady allowed me to heal,

pen released, prayer at night; in dreams I ran.

Studious, analytical and inquisitive as youth,

Joyous behaviour, with some humans uncouth,

where lies are churned; then space for my part!

Soft, gentle and thoughtful I am indeed,

to view a muscular man with bright blue eyes.

My thoughts transfer, then my soul will bleed,

to face all the hypocrisy and human lies.

My woman beside, curvaceous and clever,

my guide to being left alone, intellectually free.

A compromise with lies; one knows this; NEVER!

My pen, dear friend and an extension of me.

T P O' Brien is a man born and raised in Wales in the UK; currently living in Portugal. Worked in private industry as a labourer for close to twenty years. I then studied at two different University's. Having taught for many years across the age and location spectrums; I am now seeking to write poetry.

Colours of Life By Ellen Stout

A great sadness reaps the harvest —

and opens restless memories that crawl

into dawn clinging to dark shadows.

I run — run from my mind into a calm

In my illusionary world, I stare at a pond

where a swan glides among lotus blossoms

while a gentle breeze sways the leaves

in the ancient oak branching above me.

Quietude enters my mind and I rest.

I awake to realness with a burst of delight —

delight as fresh truth enters me.

The pent up sadness quietly dissipates,

and a new aliveness serenely evolves

as nature’s sun warms my spirit.

In awe, I rise to my own truth and reality,

grateful for the peace, joy, and hope

now alive and conscious deep within me.

ELLEN ELIZABETH STOUT was Born in Paramaribo, Suriname, emigrated to Canada in 1948, and presently reside in Burlington, Ont. I enjoy reading, saving and contributing, poetry to Pinterest, and participating in Sheila Tucker’s Poetry and Prose open mic salons. I have poems published in Mindshadows and Lemon tradewinds Anthologies.  My poems generally communicate a quest for illumination.

a knowing by Morgan Traquair

a dance dictates her feet

she spins tales of running

freely upon the open moor

of her people gathering

in a sod cottage

peat warming a stone hearth where

they sing the old songs

their words waft across

the ocean from a barren homeland

they lament their loss

no potatoes for the pot

hope dashed on the rocks

of a jagged famine

she struggles to speak

but words wound ‘round by silken webs

as if eviscerated by spiders who dine at their leisure

each breath a song

to her Irish roots

Morgan's poetry explores intimate coastlines of relationships, both stormy and calm, inflow and ebb. She writes about joy, shame, heartbreak and release. Morgan celebrates diversity, serendipity and the wonders of life and nature. Her work has appeared in spring magazine, Our Lives, an anthology and Impermanence, a chapbook and other publications. 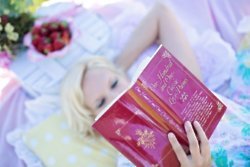 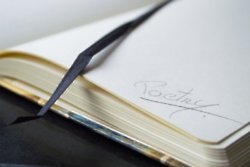 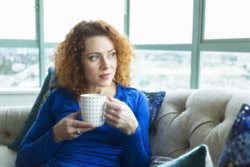 Five creative things to do from home