Author Ginny Bell writes a piece for Female First upon the release of her new book The Dover Cafe at War.

When lockdown began, I was writing Book 2 of The Dover Café series, and was confident that if I stuck to my strict regime of 2000 words a day, five days a week, I would have the first draft finished by the time it ended. It wasn’t easy, though because my teenage sons were home, and my daughter had returned from university, but I pushed on, and for the first few weeks, I found I was rather enjoying lockdown. The teens rarely spend much time at home, so it was a joy to realise what good company they are. 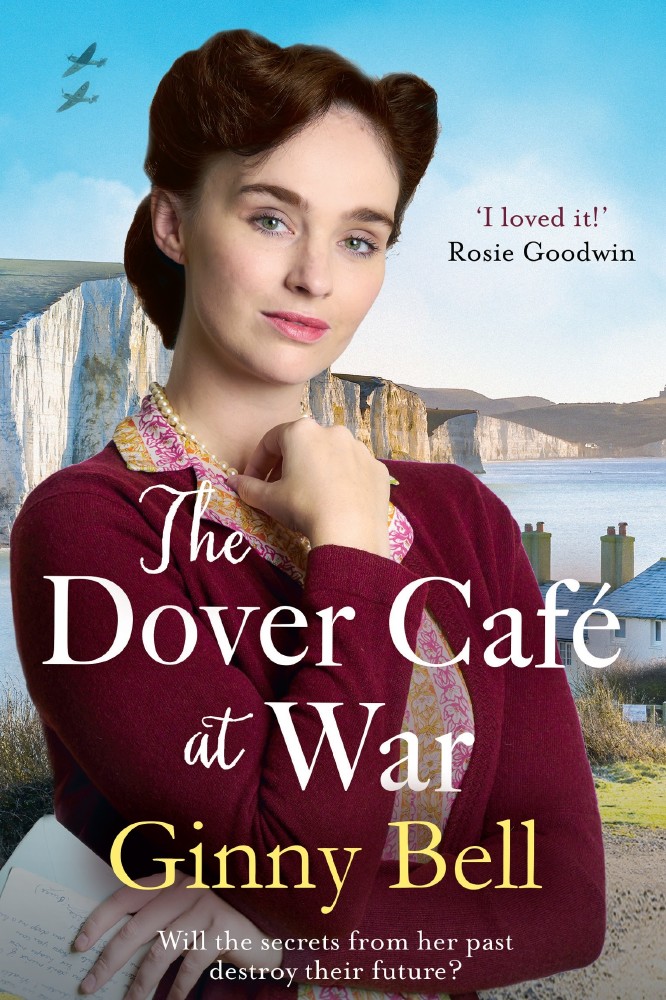 The Dover Cafe at War

On 27th April, my publisher did a ‘cover reveal’ for The Dover Café at War. I spent the morning doing my bit on social media, feeling almost like a real author. Then my sister called and before I had managed to say a word, she blurted out two words that tipped my world on its axis: ‘Daddy’s died.’

And just like that lockdown ended for me as I raced to be with my devasted mother. ‘I’d just kissed his bald spot, like I did every day,’ my mother explained through her tears when I got there. ‘And he just died.’

I thought back with regret to how, just after lockdown, my father had asked if I’d visit and I’d refused. ‘Stuff and nonsense,’ he’d blustered. ‘What harm can there be in you driving here and back?’ Despite working for the government all his life, my father was low-key anti-establishment.

I spoke to my parents most days, and we also did a weekly family zoom call, which my father found perplexing – he was a clever man, but technology baffled him. We had a call two days before he died. ‘That’s a substantial amount of money, Gillian,’ he chastised, when I told him I’d taken out a £14.99 pm subscription to Zoom.

That is almost the last thing he ever said to me. And it was so typical of him – concerned, caring, but also a little disapproving and critical – that it makes me smile.

After the funeral, I found I had lost my writing mojo, so I allowed myself a month to grieve before starting again. My children helped – the weeks of lockdown and the shock of my father’s death maturing them almost overnight. When I finally started again, I upped my output. Three thousand words a day, five days a week.

Then, on 2nd July, the ebook of The Dover Café at War was published and I was busy doing social media posts when my sister called…

This year has changed so much in my life. But the positives have come through family bonds and my relationship with my children. They have had their own struggles: the sudden death of their grandfather, the results fiasco, and my daughter graduating from university into a world with few job opportunities. But if this year has shown me anything, it’s that you just have to put your head down and keep going. Twenty-four hours a day, seven days a week.