Exclusive interview with I C Enger 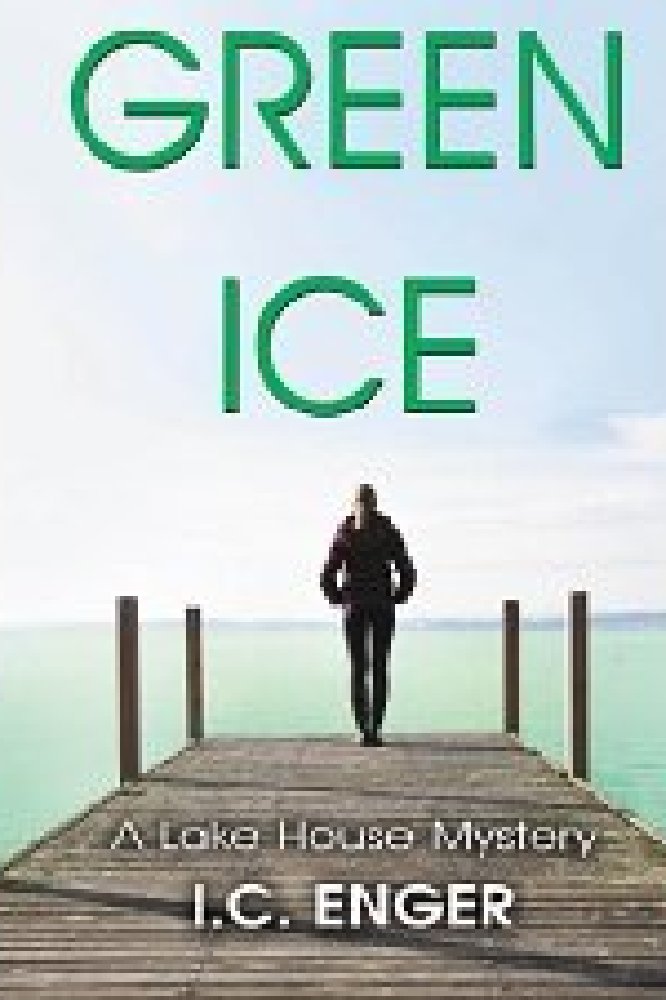 Green ICE is the second book in the Lake House Mysteries series and picks up where the first book, Blue ICE, left off. It also stands alone, so the reader need not have read Blue ICE to fully understand the story.

Green ICE  is set in Three Cranes, a remote town nestled along the shore of a long, deep lake in Washington state that lies half in the US and half in Canada. Brooke Breckenridge is a young woman who is adjusting to life in a small town after living and working in Seattle. She shares the lake house with two Homeland Security agents and their trained police dog.

Life on Three Cranes Lake seems to have finally settled down following the violent events of the previous summer, and Brooke is lulled into a sense of normalcy. She is working for the county city planning office and looking forward to the Halloween festivities in town. Special Agent Jack Strickland has been called out to the southwest for several weeks and Agent Ed Red Wind is the first to notice that some activities by a group of developers in the hills surrounding the lake might not add up.

By the time Jack returns, events in the town have progressed at an alarming pace, but how do they all tie together? An abusive husband, crimes targeted at the local Catholic Church, human trafficking, and greedy land developers all have one thing in common. As usual, Brooke is in the middle of the action.

You have travelled around the work as part of your job, so where is your favourite destination?

That’s a difficult selection to make; each place is so unique and special. I’ve found something to treasure in every city, but one does stick in my mind, like a piece of music you can’t forget, Paris. Although it has changed over the years, as cities do, each time I revisit I find the same uncommon attraction that I felt the first time I saw it. I had stepped out onto the balcony of my hotel that first spring morning years ago, sipped the strong, dark coffee and cream from my tiny cup and peered down at the Parisians and tourists as they strolled along the boulevard, winding their way between bright red umbrellas that covered wrought iron cafe tables set out along the sidewalk. Across the street a lovely fountain threw water high into the morning sky.

Another favourite place, for quite different reasons, is Ireland. The green hills and rocky walls that line the roads everywhere certainly make an impression, but what stands out for me here is the people. Whether in a pub or hotel lobby, these folks are likely to burst out singing at the drop of a hat, and they laugh a lot. Irish laughter is something you will remember. Yes, I would like to return to Ireland too.

Please tell us about the characters of Brooke and Jack.

Brooke Breckenridge is a young, professional woman who comes to Three Cranes Lake from Seattle, she plans to stay only one year and house-sit the lake house. That year was unexpectedly fraught with danger and romance, and she has little time to miss the big city. Her hazel eyes flash from green to grey in an instant when she is angered or aroused, and provide an all too visible indication of her mood to Jack.

Jack Strickland is a special agent for the federal government, Homeland Security, and he doesn’t like mysteries. He is trained to observe and take action, and he’s very good at his job. Brooke provides more of a puzzle than he is prepared to deal with as his instincts tell him there is more going on at the house than he is being told. Ranger, Jack’s Belgian Malinois police dog, is always by his side and the two make  a formidable team. Jack’s friend and sometimes partner, a Native American Homeland Security shadow wolf named Ed Red Wind, also stays at the lake house when he is in the area.

There is romance and tension between Brooke and Jack, but the attraction between them is tempered by the secrets they guard.

Please tell us a bit about the other book in the series Blue Ice.

Blue ICE is the first book in the Lake House Mystery series. Jack Strickland and Ed Red Wind are drawn to the lake house to find out what has become of the previous owner, an associate of theirs who seems to have dropped off the grid. They find Brooke living in the house and suspect that she is somehow involved in  the answer. After the initial clash of wills the three of them settle into an uneasy alliance and life at the lake house takes on a rhythm of evening poker, dinners prepared by Ed with an Indian slant, and mounting tension between Brooke and Jack.

The taciturn county sheriff gets involved as bodies began to surface, and danger mounts as they move toward the truth. More is involved than the whereabouts of the missing agent, much more. This book will answer the question scientists are asking today, “What has happened to the bees?”

What made you set the book on Three Cranes Lake in Washington?

Ah, good question. There is something a little exotic about the far north. The deep woods and the wide swing in daylight hours between summer and winter combine to create an interesting setting, there is an eight hour difference between June and December. Add a lake that is deep, long and wide, and that lies part in the US and part in Canada and you have all the elements needed for crime and intrigue. The international boundary line runs through the lake within sight of the lake house. The secluded location of the small town of Three Cranes serves to isolate the people from the big cities while at the same time draws them closer to each other. There are some real characters who live around Brooke’s lake house, and I enjoy writing about them in each book.

Almost everything I can get my hands on, there’s just not enough time to read all the books in the library. I always have loved books, from the whole Earl Stanley Gardner series of Perry Mason stories when I was ten, to Isaac Asimov’s Foundation series to Tom Clancy’s espionage novels - I like them all. In dire straits I will read all the words on a cereal box at breakfast. Usually there are two or three books open and partially read in my house, waiting to be picked up if I sit nearby. Mysteries, adventure, sci-fi, romance, biography.

My current favorite reads are the Maisie Dobbs series by Jacqueline Winspear, America the Beautiful by Ben Carson, MD, and the Jim West mystery series by Bob Doerr, a former special agent himself.

I’m an outliner, at least until I get the story’s bones in place. First I decide what the main mystery will be, then the supporting characters and setting. Next I figure out several diabolical and devious sub-plots and a few red herrings. The minor characters lead interesting lives and can interject part of their own lives into the lives of my main characters. At this point I am ready to decide on the major action scenes and the climactic scene.

Once I’ve put the major scenes into a spread sheet I can relax the process a bit. This is necessary because my characters don’t always agree with me as the story is being written, and I’ve learned to listen to them. The outline keeps me from going too far down a rabbit hole, and I always know where the story is headed when I start up my computer. There is no such thing as writer’s block with this method because even if I stray off the outline for a few scenes, I always have a clear idea of what the characters need to do next. They may do it differently than I had planned, but that’s life in story writing.

I keep a character notebook for each main character, complete with a picture, and a shorter version for each minor character. This is more important for a series but is a good idea for any book. You’d be surprised how quickly you can forget the name of a character’s favorite restaurant or their brother’s name! I also use a storyboard laid out over a calendar for the months in which the story will take place. Is there a full moon on Thursday for the romantic scene? If the character went to work three days ago, was it a work day? The calendar keeps me centered in time as the story line moves along. Readers are very smart and they will notice if there is an inconsistency between the days and weeks as the book progresses.

I have also written short stories that don’t use the method above, but that still require planning. One was published in Ranger Rick’s Nature Magazine. Another, The Journey Home, is currently available in an anthology of stories with a law enforcement flavour, Felons, Flames & Ambulance Rides by Oak Tree Press.

How much has traveling inspired your writing?

A writer does not need to have visited a place to write it into a story, that would make science fiction stories impossible, but in most types of fiction it helps. Traveling both within the US and internationally has given me a broad pallet from which to draw the types of characters I want to populate my stories with and the rich details that make a certain place come alive for the reader. How could someone describe the smells inside a boat house if he had never stepped inside one?  I will place part of the next book in the American southwest, on an Indian reservation. If I had never spent time on a reservation I would not know that all kinds of wildlife thrive inside the reservation boundary, but not outside. How do they know where the reservation starts with no fence to mark the edge?

Black ICE is in the works, the third book in the series, and I’m hopeful it will be available next summer. This book may complete the Lake House Mystery series, or not. Feedback from my readers will help me decide that. I like the lake setting, the various personalities who live there and the stories that form along the Canadian border enough to write about Three Cranes Lake for as long as people like to read about them. 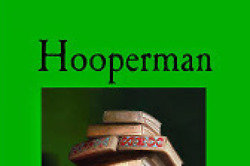 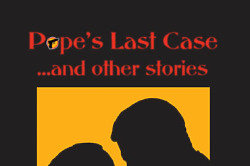 Exclusive interview with Michael A Black 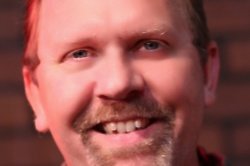