Read an exclusive extract from House of Hollow by Krystal Sutherland.

I WAS TEN years old the first time I realised I was strange. 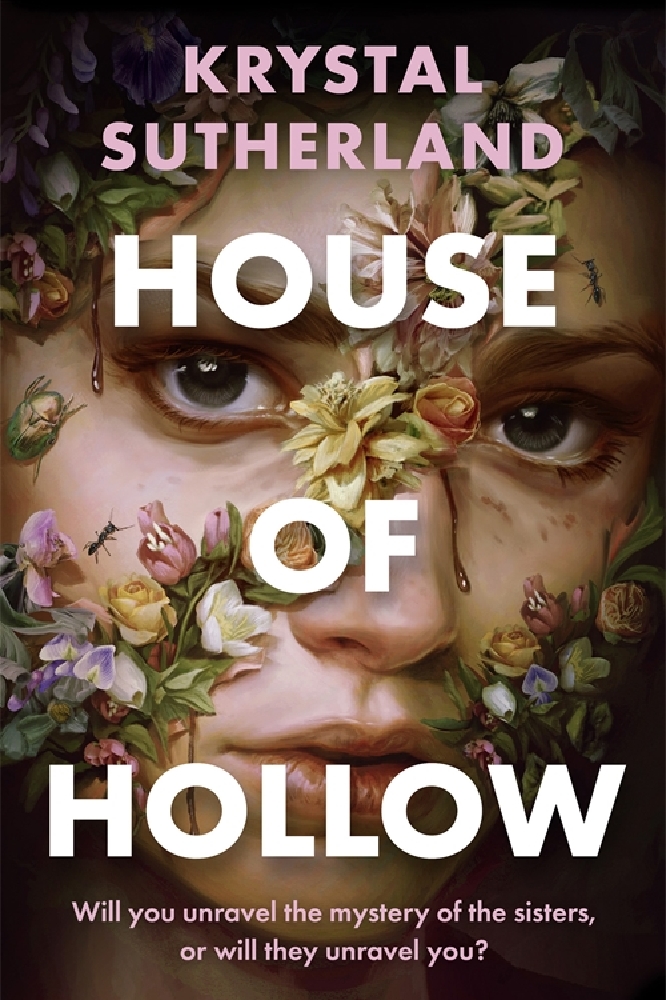 Around midnight, a woman dressed in white slipped through my bedroom window and cut off a lock of my hair with sewing scissors. I was awake the whole time, tracking her in the dark, so frozen by fear that I couldn’t move, couldn’t scream.

It was only when she opened my door—bound for the bedrooms of my older sisters, with the scissors still held at her side— that I finally screamed.

My mother tackled her in the hall. My sisters helped hold her down. The woman was rough and rabid, thrashing against the three of them with a strength we’d later learn was fuelled by amphetamines. She bit my mother. She headbutted my middle sister, Vivi, so hard in the face that her nose was crushed and both of her eye sockets were bruised for weeks.

It was Grey, my eldest sister, who finally subdued her. When she thought my mother wasn’t looking, she bent low over the wild woman’s face and pressed her lips against her mouth. It was a soft kiss right out of a fairy tale, made gruesome by the fact that the woman’s chin was slick with our mother’s blood.

For a moment, the air smelled sweet and wrong, a mixture of honey and something else, something rotten. Grey pulled back and held the woman’s head in her hands, and then watched her, intently, waiting. My sister’s eyes were so black, they looked like polished river stones. She was fourteen then, and already the most beautiful creature I could imagine. I wanted to peel the skin from her body and wear it draped over mine.

The woman shuddered beneath Grey’s touch and then just . . . stopped.

By the time the police arrived, the woman’s eyes were wide and faraway, her limbs so liquid she could no longer stand and had to be carried out, limp as a drunk, by three officers.

I wonder if Grey already knew then what we were.

House of Hollow by Krystal Sutherland is out now (Hot Key, £7.99)