Seven things I'd like my readers to know about me by Jennifer Saint, author of Ariadne

Jennifer Saint writes a piece for Female First upon the release of her new book Ariadne.

1. I wrote Ariadne as a New Year’s Resolution. I came up with the idea for the novel on holiday in France in the summer of 2018, but that September I started a new job and put the idea of writing on the backburner. It didn’t leave me though, and on New Year’s Eve I resolved that 2019 would be the year that I would write a complete draft. That was my only goal – I never expected that not only would I finish it, but that I would also find a literary agent and a publishing deal that year as well. 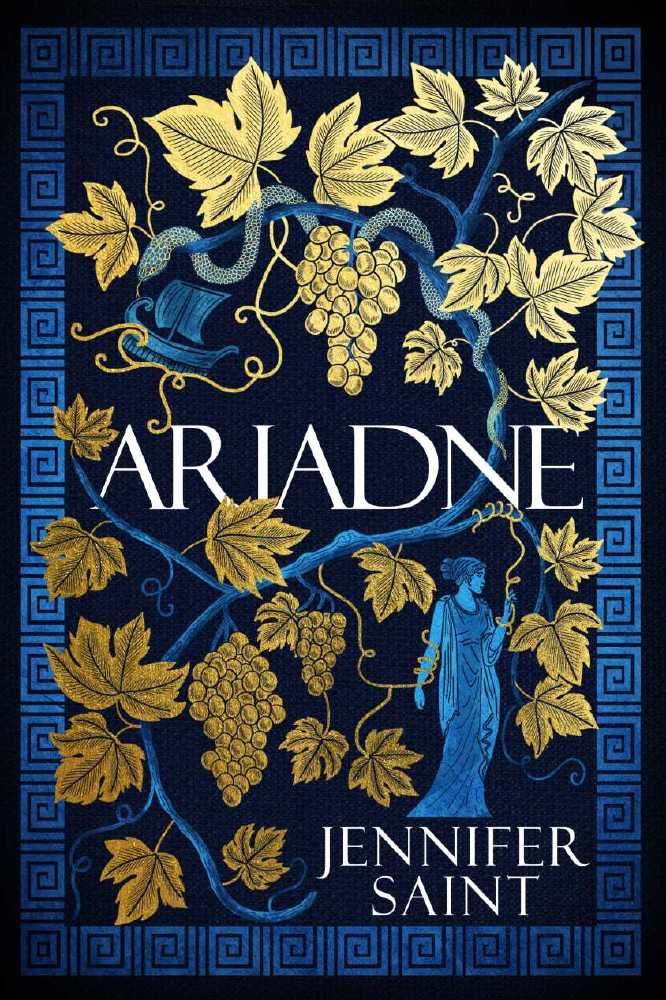 2. Greek myths have been an interest for as long as I can remember. One of my earliest memories is being in the ancient amphitheatre at Kourion in Cyprus. My parents took me there when I was a toddler and I vividly remember feeling lost on the sweeping stone steps. We went to different Greek islands throughout my childhood and I was always interested in visiting ruins and experiencing the magic of a direct connection with the long-distant past along with reading as many stories of mythology as I could find.

3. I always wanted to be a writer but thought I’d write a vampire novel. As a teenager, I was absolutely obsessed with vampire stories – starting with Interview With the Vampire by Anne Rice and moving on to Bram Stoker’s Dracula. I wrote reams of vampire stories in those years – sadly (or not!) they’ve all been lost to posterity!

4. I don’t own a cat. I adore cats but we are a household full of allergies so at the moment I can’t have one. A fellow author who also can’t own a cat due to her circumstances was worrying about the prevalence of cat photographs on Instagram and we were concerned that we’d never have the appeal of cute kitty pictures that most authors post. To counter this, we both bought stuffed cat toys (mine is named Athene) and we pose them in the background of our social media in the hope this will lure in the followers!

5. I have a degree in Classical Studies. But I approach the mythology from the perspective of a storyteller and enthusiast, rather than from an academic angle. I can feel intimidated by the numerous qualifications that a lot of classicist writers have and I’d love to study it in more depth one day, but Greek myth is something that everyone can enjoy and explore. Now more than ever, it’s easy to research and immerse yourself in the ancient past through books, podcasts, websites and museums (even doing virtual tours when you can’t get to them in real life) so although Classics can have an elitist image, no one should be put off exploring it further.

6. I fitted writing Ariadne around a teaching job and two young children. It was challenging to do but once I had the story, I was so motivated that I couldn’t stop writing. My youngest child finally started to sleep through the night at the age of four, and once I was getting unbroken stretches of sleep again, my brain came back to life after years of hibernation. I wrote a lot of the first draft on my phone, sitting outside his bedroom waiting for him to go to sleep – I would write whenever I got the opportunity!

7. I do all of my planning in notebooks. I have a different notebook for each novel and it’s where I sketch out the plot and write character outlines. It’s incredibly messy and full of scribbles but I can’t plan any other way. I love my Ariadne notebook as it contains my very first research notes, a draft of the Prologue, chapter notes, editorial notes from my agent, notes from conversations with my editor and drafts of publicity pieces so I can see the whole project evolve from the first inklings to the final piece.

Around midnight, a woman dressed in white slipped through my bedroom window and cut off a lock of my hair with sewing scissors. I was awake the whole time, tracking her in the dark, so frozen by fear that I couldn’t move, couldn’t scream. I watched as she held the curl of my hair to her nose and inhaled. I watched as she put it on her tongue and closed her mouth and savoured the taste for a few moments before swallowing. I watched as she bent over me and ran a fingertip along the hook-shaped scar at the base of my throat. It was only when she opened my door—bound for the bedrooms of my older sisters, with the scissors still held at her side— that I finally screamed... 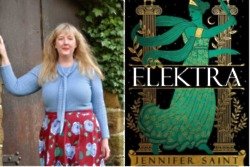 Top five books about mothers and daughters by Jennifer Saint, author of Elektra