Author Jo Lovett writes a piece for Female First upon the release of her new book The House Swap. 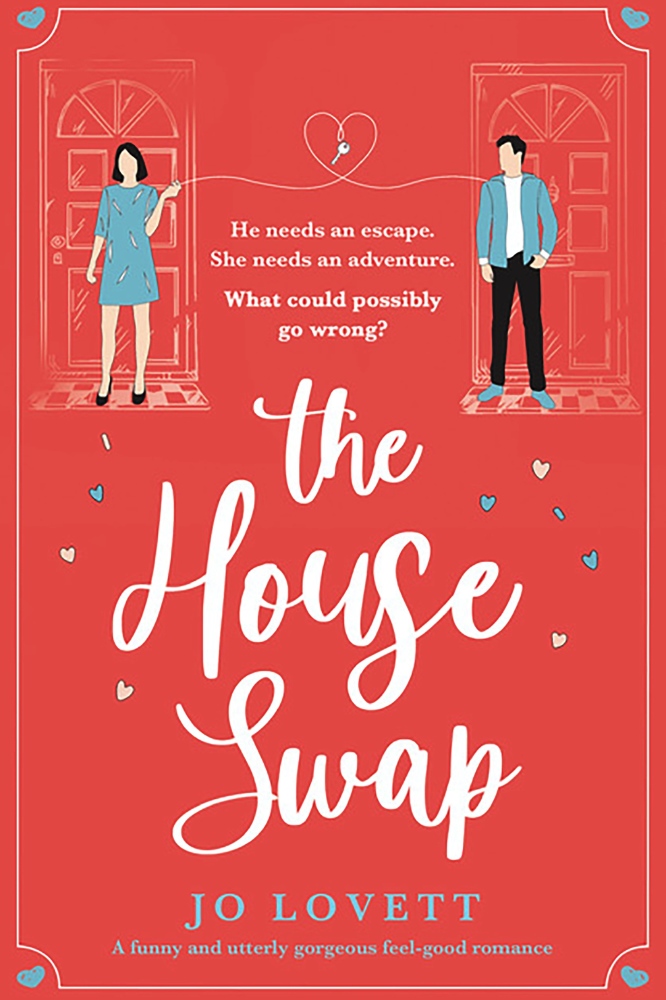 1. I’m surprisingly good at table football. I used to table-football-hustle when I was at university and at work events – so satisfying. I’m waiting for it to be included in the Olympics.

2. I got so desperate for a haircut during lockdown that I asked my fifteen-year-old daughter to cut my hair and it was honestly the best haircut I’ve ever had. It wasn’t great to start off with – she kept taking photos of the (very uneven) back on her phone and asking if she could stop now and I kept saying no – but eventually, after two hours, she was done, and it was good! I’m wondering whether to stick with her as my new hairdresser or maybe just view it as a lucky one-off.

3. We have four chickens (and one of them lays very blue eggs). I really didn’t want the chickens (my husband and children were keen) but I got surprisingly attached to them very fast. They’ve genuinely got different personalities and I can happily sit for ages watching them pecking around.

4. I love alpacas. I first saw some at close quarters on holiday next to an alpaca farm. They have lovely faces. I spent far too much time reading about them while I was writing The House Swap.

5. I was in my thirties when I found out the difference between planes and helicopters.

6. I’m not superstitious at all apart from the matching underwear thing. If I’m not wearing matching, I’m genuinely worried about getting run over. Also, even if I’m wearing boots, I really hate it if my socks clash/ don’t go with any of the rest of my clothes, e.g. black and navy.

7. I have a Masters degree in Numerical Linear Algebra. I signed up for it in desperation because I didn’t have a job, and even while I was doing it I had no actual idea what it was.

Jo Lovett lives in London with her family.

She worked in Corporate Tax before taking a longer-than-expected career break to have more-than-expected children (five). She started writing romantic comedy when she realised that she was regularly begging her oldest son to let her do his English homework but she wasn't actually that interested in haunted houses or Macbeth.

Jo was runner-up in the Good Housekeeping/ Orion First Novel Competition 2018 and shortlisted for the Comedy Women in Print Award 2019.

Her first novel, 'The First Time We Met', was published by Bookouture in November 2020 and her second, 'The House Swap', comes out in April 2021.

When she can escape from her laundry mountain, she enjoys reading, tennis and wine.

I'm here because of a dream. I spent nearly 15 years writing the first draft of Unity, but I didn't originally intend to share it publicly. Shortly after finishing it, however, I had a dream that gave me specific instructions for querying a certain literary agent, who I had not heard of in waking life. So upon waking I looked him up, I wrote him the first query letter I had ever written to any agent, he sold my novel, and here I am...