Author Jo Willett writes a piece for Female First upon the release of her new book The Pioneering Life of Mary Wortley Montagu.

I stumbled across Lady Mary Wortley Montagu when I saw her monument in Lichfield Cathedral. I had never heard of her and started reading her selected letters. 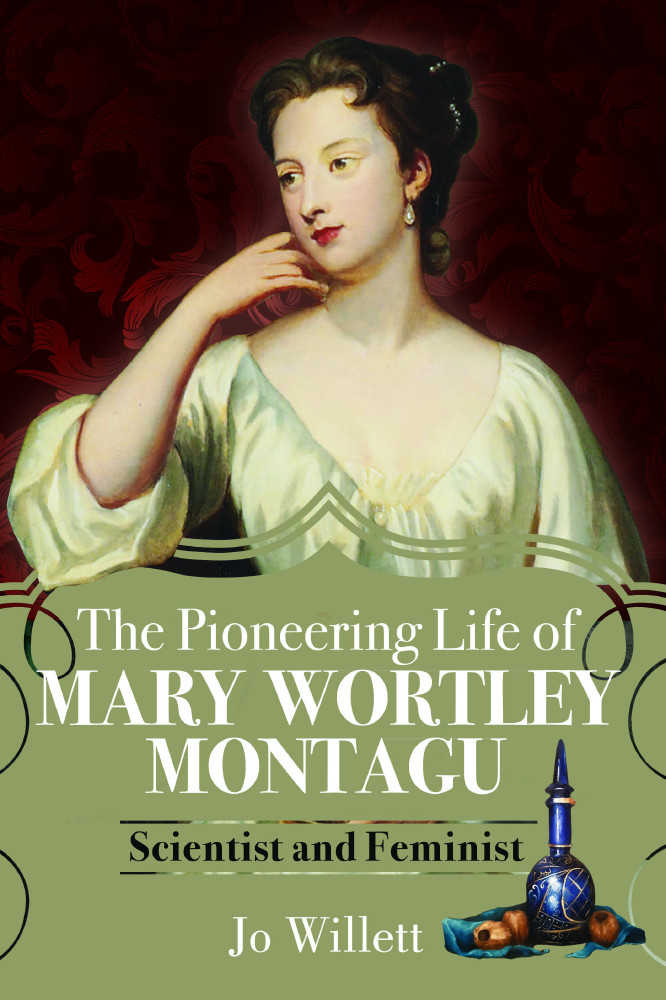 Lady Mary suffered from smallpox as a young woman. Her skin was pitted forever afterwards. She lost her eyelashes which gave her what friends called ‘the Wortley stare’ and she could never again look at bright sunlight. Her only brother also died from the disease.

And so she became interested, when living in Turkey for a short time, that the Turks widely used the process of inoculation or ‘engraftment' to protect people. A tiny amount of smallpox was introduced into cuts in the wrists and ankles to give them a very safe, mild form of the disease.

Back home in Twickenham Mary was the first person in the West to try it out. She was determined to make sure that her 3-year old daughter had full protection.

It’s a quirky twist of fate that my biography of Lady Mary is being published right at this moment, when vaccination is such a force in all our lives.

Mary used her intelligence to analyse the benefits of inoculation. She worked out that you were only immune once you had been right through the process. Today we’re still only beginning to understand when immunity from our Covid vaccinations takes full effect.

She was wary of the medical profession in England, who had heard of inoculation but hadn’t wanted to try it. Plus she knew that they were wrong to go on to medicalise the process by insisting on bleeding and purging their patients and putting them on special diets before they could be inoculated.

Dr Edward Jenner was inoculated later in the century and it was his miserable experience of the process which led him to make the mental leap to realising that people could be protected by giving them a very mild form of cowpox (hence ‘vaccination’) rather than smallpox.

There’s a clear through-line from Mary to Jenner, from inoculation to vaccination, from what they did to fight smallpox then to what we’re doing to fight Covid today.

But beyond this Mary lived a rich and fascinating life. She was an early feminist. She saw women as unquestionably equal to men and was constantly questioning and challenging how women were treated at the time.

She had a difficult relationship with the poet Alexander Pope. They were best friends until (we think) he made a pass at her and she laughed him off. He then demonised her.

Mary was expected to make an arranged marriage. Her father tried to force her into accepting the wonderfully-named Clotworthy Skeffington. She knew he wasn’t for her, so she agreed to elope with Edward Wortley Montagu, even though she was not in love with him. In middle age she fell for the 24-year-old Italian Francesco Algarotti, who unbeknown to her was bisexual.

She is a woman for our time. A strong woman with a fascinating story.

RELATED: How I spent my lockdown by Joanna Courtney, author of Iron Queen

Lockdown, for me, was rather inverted experience to that of many people. I normally work from home – a nice, quiet, empty home – but when lockdown hit, my space was invaded. My husband had to set up in the room directly below my tiny office, making myriad phone calls all day long. My children should have been doing GCSEs and A-levels so found themselves not only off school but finished, with nothing more to do than kick around the house making noise! To add to the fun, my stepson came home from what should have been a wonderful year working planting trees across British Columbia to find himself, aged 23, back in his old bedroom. Bang had gone all my peace and quiet!...