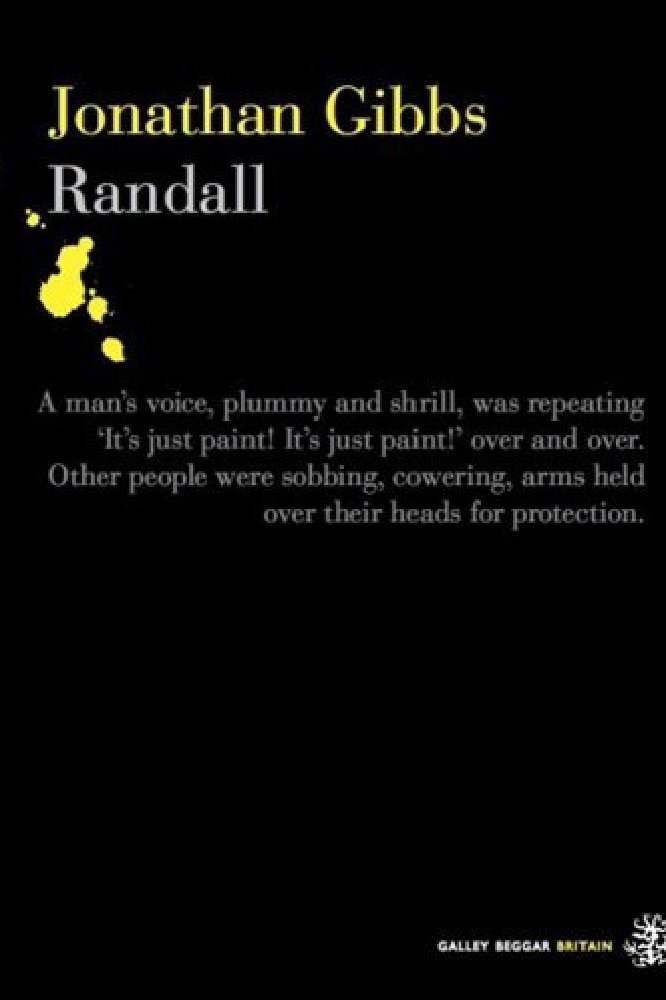 Why did you choose to write your début novel in the form of a memoir?

Because much of it is set in London in the 1990s, in the scene that sprung up around the Young British Artists – Damien Hirst and Tracey Emin and the rest of them – and though I wasn’t in any way part of that scene, I was there, in London, and it was a hugely exciting time. I was out of college and in employment and enjoying the life of the capital with my own set of friends – we had our own little scene, our own bubble that built around ourselves. I wanted to capture that sense of the thrill of being young and convinced of your own potential – convinced that great things were waiting around the corner for you – while at the same time looking back on it all with older, wiser eyes. A memoir seemed the natural way to deal with both aspects.

What is it about the London art world at that time that fascinates you?

I knew a bit about art – I’d been dragged around galleries by my well-meaning parents, and I’d seen plenty of art on my own when I inter-railed around Europe in my year off before university – but this stuff felt like it had come out of nowhere: Hirst’s shark, or Sarah Lucas’s witty take on sex and the male and female body. It felt like it had no particular relation to art history, but rather spoke directly to contemporary life: the installations, the video pieces, the provocative, sticking-two-fingers-up-at-authority aspect of it.

It felt very liberating to think: this is art for me, and my generation. You didn’t have to know about Michelangelo and Rembrandt to ‘get’ it. Of course, when you learn more about it, you realise this isn’t right at all – the art they were making was part of a tradition, and it did have half an eye on the art of the past, but it didn’t feel like it to me at the time.

The book’s main focus is obviously on Randall himself, but tell us more about our narrator Vincent.

Well, just as I was very much an outsider in London’s art scene, so is Vincent – though I never worked in the City, as he does, beyond a month or so’s temping for a big international bank in my gap year. As Vincent says at the beginning of his memoir, the only art he had on his wall back then was a signed poster of Cindy Crawford.

We all, I hope, have a friend that we look up to with some of that level of adoration. “There, if you were looking for one, is my definition of friendship,” Vincent writes at one point. “If knowing someone doesn’t change you as a person, then they’re not a friend, they’re an acquaintance.”

Tell us more about the development of your debut novel, when did the idea to first put pen to paper come to you?

I started writing this properly in 2008, when I was studying Creative Writing at the University of East Anglia, although there had been a false start a couple of years before. False starts are always good. They give you something to look back on and think: well, it’s tough going now, but boy it’s better than it was then.

But I think the very first germ of the story came to me much longer ago, almost when I was in my 20s, when I wrote a short story about two male friends. At that point neither of them were artists. If I remember correctly (I may still have a version of it somewhere, but I think I would rather die than read it) one of them was a modern day hermit who never left his flat, and the other one, his flatmate, had to go out into the world on his behalf and meet his family and so on. It was a terrible story, but I think those two characters were somehow carried over or reborn in Vincent and Randall.

Do you think there are new pressures on authors in the 21st century?

Well, there’s certainly a pressure to take on more aspects of the promotion of the book, but I don’t really think of that as a bad thing. I’ve never been someone who says: ‘Here’s the book, it’s all in there, don’t expect me to talk about it.’ I think of the book as part of a conversation I’m having with my readers, about topics that we all hopefully think of as interesting: the way culture works, the way friendship works, and love, and growing up and old.

If you read the book, and enjoy it, or hate it, or are confused by it, I’d want you to talk to your friends about it, or to your book group, or the bookseller you bought it from, and I’d certainly be want to hear what you think about it. The words may be fixed in stone, but the characters, ideas, and the story is still very much alive, with all to play for.

The real pressure on authors, of course, is financial. The money you can expect to make from writing is less than it would have been twenty years ago. But that’s a fact of life, and there’s nothing anyone can do about it. Oh, that’s not right! There is something you can do… yes, you! I’m talking to you! Buy the goddam book!

What is next for you after the launch of Randall?

Well, I’ve got two ideas that are half written but need a lot more work on. One of them is about pop music, and the music business, rather in the way that Randall is about an artist and the art world. And the other is a young adult book that I’ve written with my kids in mind. It’s a fantasy book, and it needs a whole different kind of thinking and writing to make it work.