How I spent my lockdown by Julie Shackman, author of A Secret Scottish Escape

Author Julie Shackman writes a piece for Female First upon the release of her new book. 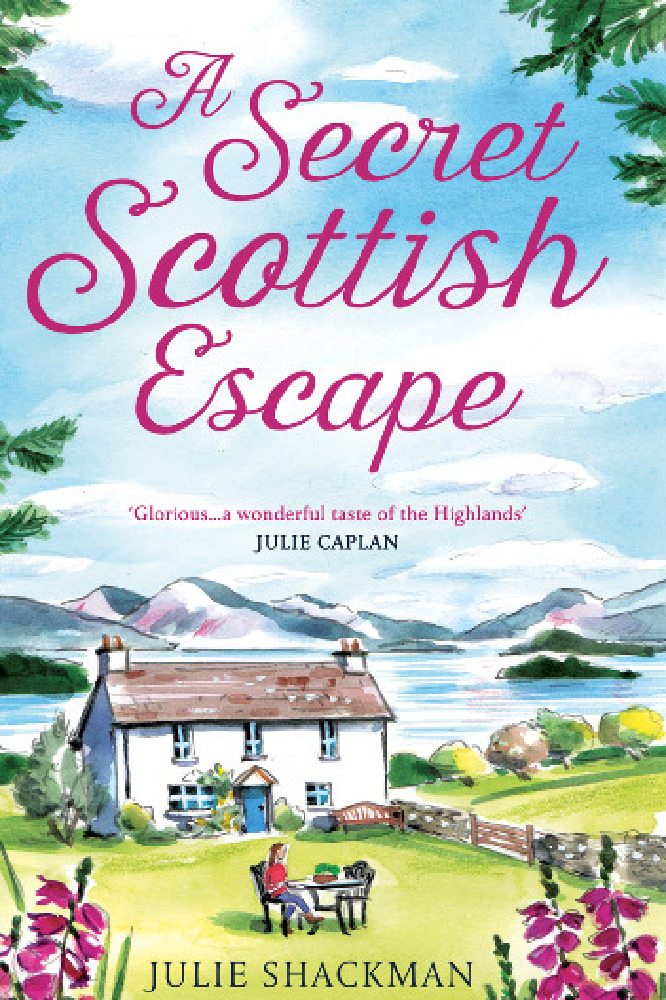 Lockdown has brought anxiety; reflection; confusion; frustration; sadness; loneliness and even to some people, elements of enjoyment.

For me, it has been a combination of all of these things and then some!

Being a writer is very often a secluded labour of love anyway, but since March, I found myself purposefully setting aside more reading time. Lockdown also meant the closure of non-essential shops and as I usually write in my favourite tea shop, that meant trying to write at home.

At first, it wasn’t easy. I found my mind wandering to what I should be doing in the house. Did I remember to put the washing on? Have I sorted out the ironing? Let’s just watch this You Tube video of a dancing baby and her puppy for the eighth time!

But then I found myself staring at my notebook and the guilt of looking at a blank page began to take hold. Slowly but surely, I found myself getting into a rough routine at home. I would sit in front of a window close to the PC and write as much as I could each morning. What was really enjoyable, was watching the birds flit around.

At the same time, I was out on submission with my latest novel and was fighting not to refresh my In Box every five minutes, to see if there were any messages from my agent. Like everything else, the publishing industry was also suffering due to COVID-19.

I carried on writing at home the best I could, managing to finish my work-in-progress but still found myself surreptitiously scanning emails and jumping every time my phone let out that familiar pinging noise.

So, I decided to try and distract myself further and while finishing the first draft of my work-in-progress, I began entering a few writing competitions – short story and poetry ones. It gave me something else to focus on and was a welcome change from writing novels.

This carried on for a good few months, in between daily walks and attempting to reduce my To Be Read Pile (I’m pleased to say I can actually see over the top of it now!).

Then a month ago, I received an email from my agent, telling me that the wonderful HarperCollins imprint One More Chapter, wanted to publish my next book.

Like everyone else, that last six months has been one of the weirdest times we can recall. Life came to a screeching halt.

But if I have learnt anything from my own lockdown experience, it’s that the simplest pleasures are often the most rewarding. From picking up a good book and losing myself in it for a while, to the taste of a freshly baked, warm scone.

What this lockdown and awful period in our lives has also taught me, is that life is short. Make the most of every day – and never apologise for doing so!

Julie Shackman is a contemporary romance author from Scotland. Her first two novels, Rock My World and Hero or Zero were published by Not So Noble Books. A Room at the Manor was released by Allen & Unwin 2019. The McKerron Castle was released in audio format in 2019. Julie’s next novel will be published by the Harper Collins imprint One More Chapter in Summer 2021.

About A Secret Scottish Escape:

She is engaged to the older, successful and charismatic thriller author Mac Christie and they live in the beautiful, Scottish tourist town of Loch Harris. Her single parent Dad Harry, a landscape gardener and rock drummer, lives just up the lane.

But when Mac dies suddenly of a heart attack - while in bed with his ex-wife - Layla uncovers more secrets about her late fiancé at his funeral and realizes he was not the man she believed him to be.

Not only has Mac bequeathed his royalties to Layla, it also transpires that he was diagnosed with a previously undisclosed heart condition a few months prior to his death, but chose not to tell anyone, apart from David Murray, his long-time friend and solicitor.

Layla is hurt and appalled and refuses to accept Mac’s “guilt” money. But when she discovers Loch Harris is struggling with dropping visitor numbers, she knows she may have to reconsider.

Tina, Layla's vindictive and estranged Mum, also reveals a shocking revelation that threatens Layla's close bond with her father. Tina admits to having a short fling with Ed Stockton, the bass guitarist of Harry’s rock band, Battalion, whilst married to Harry and is therefore uncertain as to which of the two men is Layla’s biological father.

But does resentment and jealousy of Harry and Layla’s relationship have a part to play in Tina’s confession?

At first, Layla insists she doesn’t want to know who her real father is, but when she realizes the strain the situation is having on her and her Dad, she knows she may have to confront the situation.

There are also decisions to be made for Faith Robertson, Layla’s best friend and manager of the Loch Harris tourist office, who finds herself falling for charming forestry worker Greg McBride, a single Dad to four-year-old Sam.

But Faith is commitment shy and comes to the conclusion that she simply can’t risk getting involved with Greg – especially as his gorgeous little boy could end up being hurt too.

Meanwhile, the locals are fascinated by rumors that Mask, a reclusive, emerging Australian musician, has moved into the remote Coorie Cottage. Unbeknown to them, Mask is trying to escape from demons in his past.

It seems that Layla isn't the only one struggling to look to the future....

"A modern-day Beauty & The Beast."

MORE: 10 Things I'd like my readers to know about me by Julie Shackman 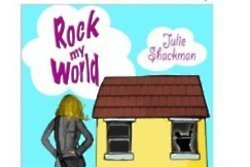