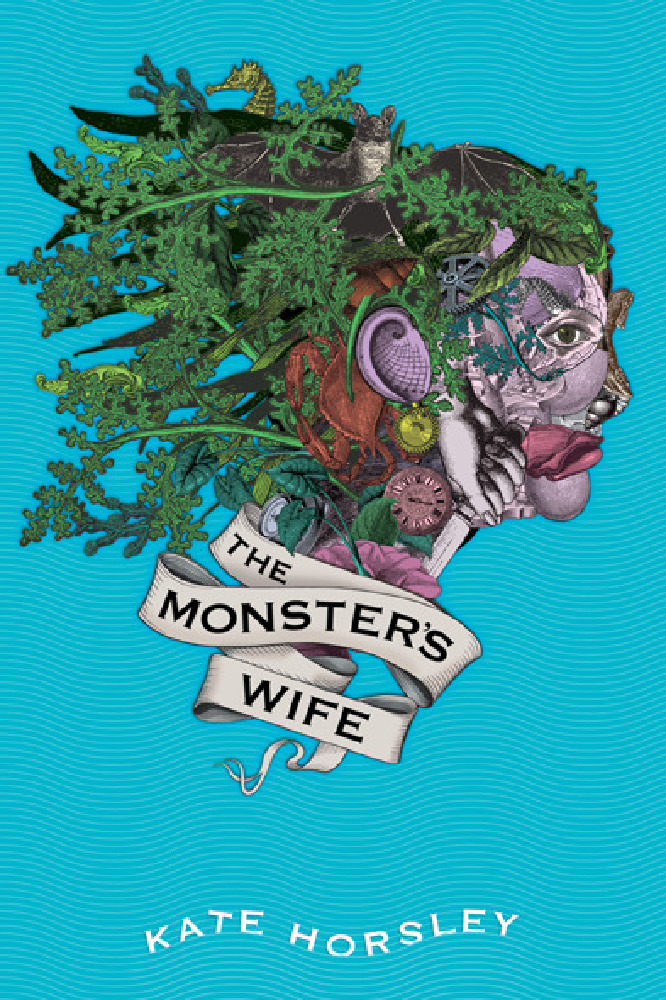 The Monsters’ Wife is set at the end of the eighteenth century on a tiny Orkney island called Hoy that’s remained unchanged for hundreds of years until the arrival of Victor Frankenstein. As soon as he takes up residence in the ‘big house’, unnatural disasters begin. Panic spreads through the devout community affecting everyone except for Oona, the determined main character whose inherited illness sets her apart from her family and neighbours. Fearing nothing because she knows she hasn’t long to live, Oona joins her best friend May working for the doctor and both are drawn into his experiments. Meanwhile, the islanders turn against the doctor and even Oona realises there’s a darker side to his investigations into the line that divides life and death. Then May disappears, and Oona’s world changes forever.

What made you want to re-envision Frankenstein?

About three years ago, I went to see Danny Boyle’s adaptation of Frankenstein, with Benedict Cumberbatch and Johnny Lee Miller alternating in the roles of doctor and creature. There’s a scene in the play where Victor Frankenstein is on Orkney. He stands in a dark room with a naked woman he has just created and is about to destroy. To me, it was the most horrifying moment in the production. I was haunted by my brief glimpse of the 'bride' and wanted to know more about her. Had she once been a girl living on a remote island? How did she die? What did she feel?  I had an image of a young Orcadian girl living a quiet life, a naive girl whose world would change forever when the doctor’s boat landed with the creature on his heels.

The book has been compared to Jean Rhys and Valerie Martin, so how does this make you feel?

It’s lovely to hear comparisons like that, because I’m a huge fan of Wide Sargasso Sea and Mary Reilly. The former is the classic example of a literary response. Rhys takes a marginal character who is blamed and hidden away in Jane Eyre and pushes her into the centre of the narrative. She rewrites the book from the perspective of the 'madwoman', giving her a story so compelling that it's impossible to go back to the original in the same light. In Mary Reilly, Martin rewrites Jekyll and Hyde from a maidservant's perspective and my novel is very much in that tradition. Like Mary Reilly, Oona is female and working class. She's an intense person, a brave one too, and feels equal to the tasks of tackling the doctor and unraveling the island's mysteries. A lot of the gothic elements of Frankenstein are still there in The Monster's Wife, but I think my focus was on emotion more than on science, psychology more than philosophy. If Rhys's book is told from the perspective of the 'mad', then mine is from the perspective of the 'monsters', people whose experience of illness and disfigurement has made them outcasts. To me the monster and his bride represent everyone who is rejected by society for being different. The so-called 'normal' people are the ones who create all the horror in the book.

How much has your MA in Creative Writing helped you to write fiction?

I’ve always loved making up stories. When I was about four I started telling my mum these weird gothic tales about witches and ghosts and being friends with Dracula. I wrote them down and drew pictures next to them and my mum collected them into a little book, which I called Fenella the Witch Fights the Hairy Sea Lion Giant. Looking at it recently, I realised that my themes and plots remain amazingly unchanged! The MA at Lancaster was a fantastic chance to develop skills like plotting and creating fully rounded characters, and describing things with small, telling details, so that I no longer feel compelled to draw pictures next to them. There were lovely tutors on the course who were skilled at making their most critical statements sound tactful, and, since writing can be quite lonely, it was nice to be part of a community of other writers, all giving each other constructive feedback. I was also lucky to be at Lancaster at the time when leading academic Catherine Spooner was establishing it as a centre of Gothic Studies (http://www.lancaster.ac.uk/fass/english/research/themes/gothic.htm), and all the events that came with that really influenced my writing.

You write both poems and short stories so do you have a preference between the two?

I think poetry and stories are on kind of a continuum for me: you can write a poem in five minutes (I’m not saying it will be a good poem, mind…) and a story in a day, whereas a novel will take you a year, two years, ten. The brevity of both forms also creates a really helpful constraint. The first time I got paid for writing anything was for a short story included in the Mammoth Book of Best British Crime 7 edited by Maxim Jakubowski, and that was an amazing, slightly surreal feeling: "I wrote words. People gave me money. This can’t be right!"  Short stories are great because you can think to yourself in the morning, “I’m going to write a three thousand word noir story about a stolen Aztec figurine that will curse anybody who touches it”, and by five o’clock, you’ve done it. It’s a thrilling feeling.

Please tell us about the influence that your mum and dad had on your writing?

I grew up in an eccentric household. When I was eight, my father took me out of school and I was educated at home. He taught me maths and science, and he was given to staging experiments on the spur of the moment, which left me with a lifelong fascination with mad scientists. The Monster's Wife partly grew out of that. My mother, a crime fiction expert, taught me how to tell stories and shared with me her interest in monsters and all things mysterious. For the last ten years we’ve co-edited the interview and review site, Crimeculture (http://www.crimeculture.com), which is great, because it brings us into contact with a range of colourful characters, from well-known crime writers to convicted felons who just want their story to be heard. We often go on spontaneous Thelma and Louise-style adventures with nothing but a bottle of single malt, a penknife and a length of rope to cover the eventualities. A short while ago we were driving along the Ayrshire coast and decided to find the true home of Sawney Bean. I’m not owning up to whether there was any trespassing involved, but it did entail climbing a barb wire fence and clambering over rocks to reach a dark cave steeped in the blood of ancient depravity. A scene in The Monster’s Wife grew out of our expedition, with Oona and May climbing over the rocks together, knowing the trouble they'll be in if they get caught. My thrill-seeking mother has a lot to answer for in pretty much all of my writing.

You are now a writing fellow at the University of Chester so can you tell us a little bit about that?

Chester is a medieval city and it’s a lovely place to work, especially since I originally trained as a medievalist, and the smell of worm-eaten timber and mouldering manuscripts is like catnip to me. I’ve had some great students there so far. I divide my working life between the job at Chester and teaching workshops around the UK with my partner, John Brewer, who is an expert in Victorian photographic processes (http://www.johnbrewerphotography.com). We show people how to make wet collodion images on glass and tin, which is enormous fun. All the chemicals we use are the same ones the Victorians used, some poisonous, some downright explosive. I based a little bit of Victor Frankenstein on watching John mix chemicals in his laboratory, though I don’t think he’s noticed that yet...

The novel I’m working on is a psychological thriller based on my experience of living in small French town as a teenager. The protagonist is a young girl suspected of wrongdoing who must unravel the town’s secrets in order to protect herself, a journey that will take her to the darkest place of all... If you want to know more than that, you’ll have to wait for the book!