Kate Riordan writes a piece for Female First upon the release of her new book Summer Fever.

1. I used to be a journalist: Writing novels was always my dream but I wasn’t convinced at 21 that I had lived enough to qualify for the job. So I trained as a journalist. I was at the Guardian Weekend magazine first, where I was an editorial assistant. After that I moved to Time Out, to be deputy editor of the lifestyle section. I won’t lie: both jobs were really fun and I got some amazing freebies. Highlights included reindeer racing in Lapland, a road trip through California and going undercover in the Selfridges beauty hall. 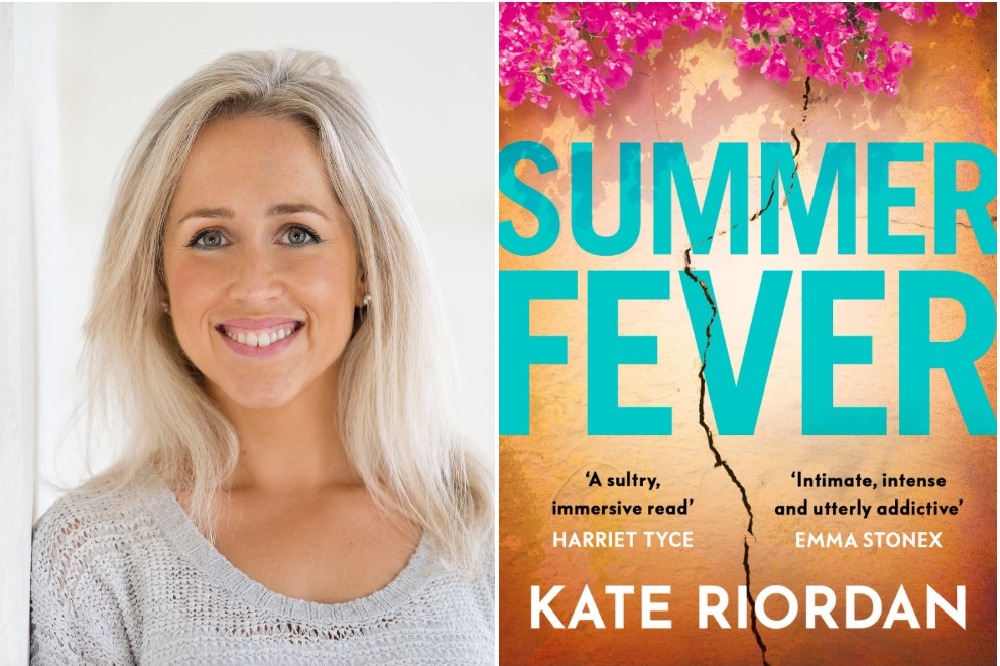 2. I don’t like flying: I used to love it as a little girl but something changed in my early twenties. Now it’s quite a fraught thing: sometimes I can keep a lid on it with a glass of wine and some deep breathing; other times I struggle. I love going abroad though, so if I can’t go by train, I just have to brave it.

3. I have two rescue dogs: the oldest is a small Staffie who was abandoned when he was two. He’s 11 now and motivated only by food. My Westie, now seven, was rescued from a puppy farm in Wales. Stress and bad diet had made most of her hair fall out but she’s fine now, and perpetually full of beans. I wouldn’t be without a dog ever again.

4. I’m a writer because I was scared of the dark: I had an overactive imagination as a child. I was always waiting for a burglar to creep up the stairs or a ghost to materialise in the corner. My way of escaping it was to read until I fell asleep, sitting up, with the light still on. It wasn’t much fun at the time but it made books my friends and I’ve never lost my love of them. To write them now feels like a real privilege.

5. I’m a part-time tutor: I work for The Novelry, which runs online writing courses for people all over the world. I’m quite a sociable person so I love speaking to the aspiring writers I work one-on-one with, as well as being part of a team with my fellow author tutors. Our away days together are pretty lively.

6. I always seems to write stories set in summer: I only realised this the other day but it’s true. I think because I love the sun and heat but live in Britain and am often cold, I’m drawn to inventing beautiful weather in my books.

7. I used to write historical fiction: After my first three books for Penguin, I wanted to try something more modern. Both The Heatwave (published in 2020) and my latest, Summer Fever, are contemporary psychological suspense novels. What all my books have in common, though, is that they feature complicated female characters, beautiful settings where dark things happen, and lots and lots of secrets…

Kate Riordan is a writer and journalist. She is an avid reader of Daphne du Maurier and Agatha Christie, both of whom have influenced her writing. She lives in the Cotswolds, where she writes full-time. Her previous novels include The Girl In The Photograph, The Shadow Hour, The Stranger and The Heatwave, which was a Richard and Judy Book Club pick. Summer Fever is her fifth novel.

Laura's marriage is at a crossroads. When she discovers Villa Luna Rossa, a crumbling villa in the Italian countryside, she convinces her husband Nick to embark on a new life there. But as the intense summer heat rises, Laura quickly realises that her issues with Nick haven't been left behind. So it's a relief when their first guests arrive - a glamorous American couple. Laura can't help but be drawn to these strangers. As she gets closer to the couple, though, she realises that everyone at Villa Luna Rossa is hiding something. And as the summer draws to a close, no secret will be safe...