Exclusive Interview With Katy Swann On To Love And Submit

We talk to author Katy Swann about her new book To Love and Submit. 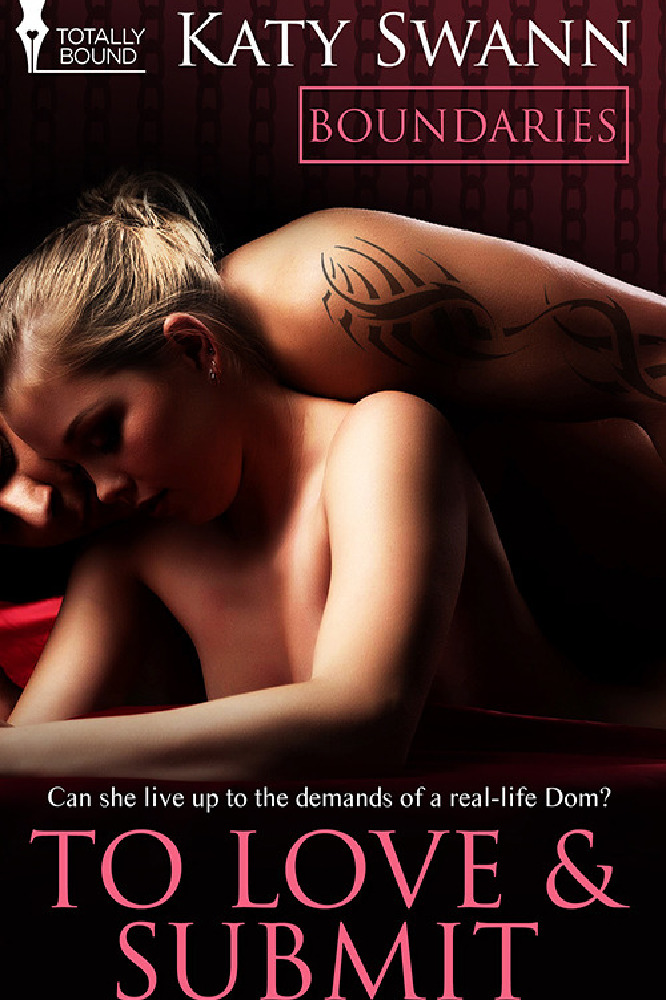 To Love and Submit

Oh yes, and lots of sex. It’s primarily a romance, albeit a kinky one.

This is book one in the Boundaries series, so can you give us some insight into the ones to follow?

The first book follows Rachel’s sexual awakening.  She learns there is a lot more to submission than spanking and latex.  It’s probably the most lighthearted of the three books.

The second book, To Love and Trust, is about exactly that — love and trust. Rachel is falling in love with her boss and Dom, Adam Stone.  She’s happier than she’s ever been in her life and has embraced her submission wholeheartedly.  But Adam wants more and that is Rachel’s problem.  She’s been hurt before and once vowed never to trust anyone again, but now she’s in a relationship where trust is paramount. She has to make a decision, but neither of her two options are what she actually wants.

The third and final book, To Love and Obey, is probably the kinkiest.  Adam and Rachel’s relationship has moved on and things are looking rosy. I had so much fun with some of the scenes in this one — very naughty. But there’s a darker thread running through all three books which comes to a head in To Love and Obey.  I won’t tell you too much about that as I don’t want to give anything away but let’s just say it adds a bit of suspense to the kinky sex.

You like to read in the genre you write so who are your favourites?

There are so many amazing writers in this genre but one of my favourites is Cherise Sinclair - I just love her Shadowlands series.  Master Z has surely got to be one of the hottest Doms on the planet (along with Adam Stone, of course).  I’m really enjoying Sierra Cartwright’s Mastered series as well.

I also like Kitty Thomas, Annabel Joseph, Natasha Knight and Kallypso Masters to name but a few.

I love discovering new authors in this genre and don’t think I’ll ever tire of reading about kinky romance.

Would You Trust A Bad Boy? By Katy Swann

Coffee and chocolate keep you focused, so what else do you need for the perfect writing environment?

This is going to sound very cliched but it’s true — the perfect writing environment is a coffee shop.  I quickly learned that writing at home (even when the kids are at school) is too distracting.  There’s always something that needs doing or one of the cats is vying for attention.

I like background noise while I write but if I put the TV on, I’ll pick out certain words and get interested in whatever’s on instead of focusing on the book. That’s why a coffee shop is so handy — there’s plenty of background noise, no distractions (unless a friend walks in) and there’s an endless supply of coffee.  I’ve recently started writing in the bar at the gym as well for the same reasons only I get the benefit of nipping upstairs for a quick workout in between chapters.

To be honest I didn’t really have any expectations as the books came about almost by accident.  As I said before I hadn’t originally intended to write a full length novel — it just happened.  I thought I might have been a bit embarrassed about writing the explicit sex scenes but actually, it’s not been a problem at all.  One minute I can be writing a scene where the heroine is tied to a St. Andrew’s cross being flogged by a masterful Dom and the next I can be chatting to another parent about school dinners or something equally mundane.

Working with a publisher has been so much better than I’d expected though.  I’d originally had visions of scary ogres posing as editors barking deadlines and revisions down the phone but, actually, it’s been nothing like that at all.  My editor at Totally Bound is lovely, so friendly and approachable.  And human. They’ve been a pleasure to work with.

I’ve got so many ideas for more stories, I just wish I could write faster.  I’m not very organised and don’t write plans as such so every time I think of something I scribble it into a little notebook I carry around with me.  That’s as organised as I get. The notebook is filled with characters, story lines and kinky references and must have at least five or six books worth of ideas in them.

You can purchase To Love and Submit from Totally Bound. 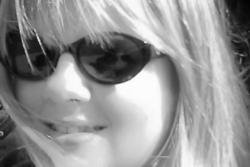 Would You Trust A Bad Boy? By Katy Swann