Author Kelly-Ann Maddox writes a piece for Female First upon the release of her new book Rebel Witch: Carve the Craft that's Yours Alone.

As a practicing witch for two decades, I now offer mentoring and online resources to empower other witches and answer their questions. As you can imagine, some of the queries I come across have popped up repeatedly over time. They are based on common misconceptions which disseminate through popular culture via the media, the movie industry and some of the teachings of mainstream religion. To be honest, some of the persistent misunderstandings that keep popping up about the craft are even perpetuated by witches themselves! Still, we can’t know everything and it’s ok to get things wrong. I’d like to play a small part in breaking down seven misconceptions and offering some clarity. Here we go.. 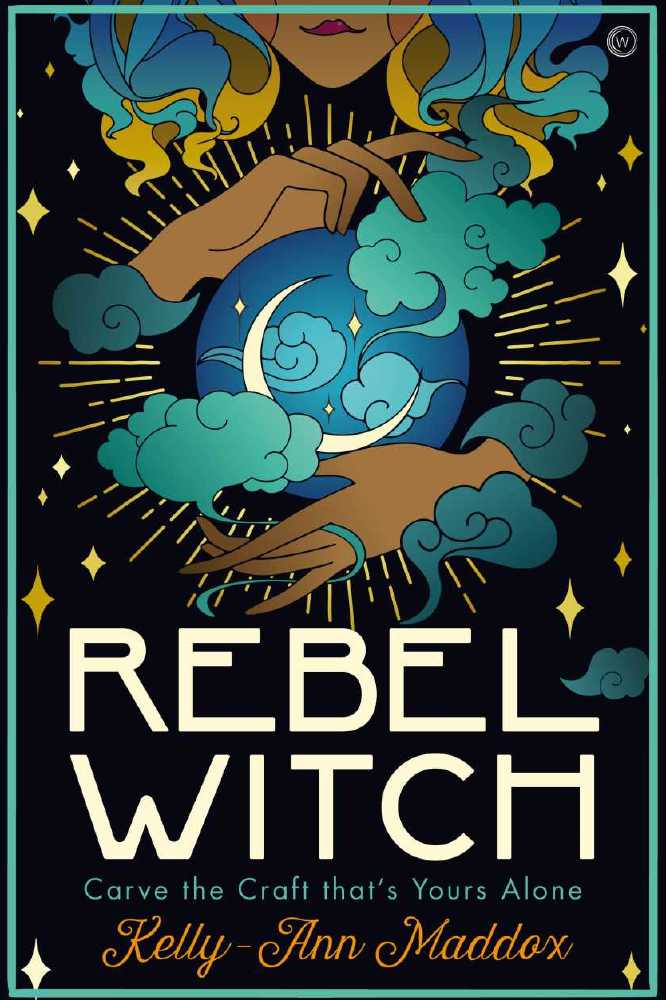 1 – ‘Witches give readings to tell you what your future holds’

The image of a witch using a deck of Tarot cards or a crystal ball to tell you what your future looks like is certainly a popular one. But there are actually four misconceptions for the price of one here! Let’s break it down. Firstly, not all witches believe that they can predict the future, nor do they necessarily want to. Secondly, witches use tools like Tarot decks and crystal balls for lots of other things aside from future prediction, such as for communicating with spirits and gods or for making decisions and solving problems. Thirdly, witches don’t need to use any tools to predict the future. Those who do see future events may do so through their dreams and visions, or through messages from spirit guides. Fourthly, some people do predict the future whilst not identifying as witches. So be careful who you’re calling a witch without knowing for sure.

This is one of the most common misconceptions I come across, and it’s an understandable one. For those without much exposure to the world of witchcraft, ‘Wicca’ is a word that’s reasonably well known. This is because it’s a recognised religion with lots of members, so it comes up in conversations about witchcraft often. You can usually find books about Wicca in your local bookstores and libraries, and you may even have seen public events being held by Wiccans in your community, making it a kind of standard-bearer for witchcraft overall. But despite its popularity, plenty of witches don’t specifically practice Wicca and whilst some non-Wiccan paths share similarities with it, plenty don’t have much have in common with it at all. The easy way to think about this is: All Wiccans are witches but that doesn’t mean all witches are Wiccans!

‘Witch’ is often seen as a gendered word to describe a female practitioner of the craft. In fact, this can lead to the assumption that it’s not possible for people of other genders to practice the craft at all and that’s it exclusively an activity for women. However, it’s common and acceptable for men and gender non-binary peeps to be very much involved in practicing witchcraft and some are leaders and teachers in their communities. While we’re at it, witchcraft is available to you regardless of class, race, gender, sexuality, ability, appearance, nationality, location – you see where I’m going with this! It’s for anyone who feels called to it. This brings us neatly on to the next misconception actually..

If you choose to start practicing witchcraft, try not to compare your skills and progress to those of other witches, or you might end up convincing yourself that they are ‘natural’ or ‘born’ witches whilst you are not. Witches make progress through practice and passion, and their skills are different. Just because one witch shows more promise in a certain area or may have been practicing longer doesn’t mean that your journey isn’t valid. Practitioners will always do better to admire each other’s efforts rather than rank each other in order of who seems to be the most ‘natural’ or legitimate witch. It also doesn’t matter what age a witch is when they begin practicing. Sure, some people know that they are witches from a young age, but that doesn’t give them any extra credence. There are many reasons that witchcraft might enter your life earlier or later. It’s true that some witches have familial lineage. In other words, they’re born into a witchy family. For instance, some witches have a mother, grandmother and great grandmother who all practice the craft. So it’s fair to say that some of their skills were inherited or at least learned from an early age. But there are countless witches with no family connection to the craft and they cast spells, perform rituals and read Tarot cards just fine, so don’t worry. It’s a spiritual calling for the individual, regardless of family background.

Spellcraft is a useful and exciting part of a witch’s practice, but for many of us it’s not the main activity. A witch’s time can be spent doing any number of different things such as meditating, reading Tarot cards, writing in a magickal journal, honouring gods, reading and researching, cleansing the energy of places and objects, and so on. There are so many activities to choose from! Plus, practitioners may also be involved in witchy community events or offering their time to mentor others. So, we’re often too busy to be casting spells on a daily basis! Some witches choose to cast spells regularly for all kinds of things. But others only cast a spell once all other avenues have been exhausted – in other words, the spell is seen as a last a resort. It’s down to personal preference.

7 – ‘If you offend a witch, they will cast a nasty spell on you’

Like all human beings regardless of their spiritual outlook, some witches have ‘hotter heads’ than others! If you offend a witch and they feel that they have reason to teach you a lesson using magick then they may well do so. But whilst this is true, it’s also worth remembering that many witches don’t take revenge or deliver punishments through magick because they don’t consider it to be ethical for them to do so. I would also like to note that I know a lot of witches and I usually find that even those who do use magick to punish people will only do so if the situation really does call for it. So, as long as you’re not tormenting a witch or their loved ones, you won’t have to find out how good they are at getting even using magick!

RELATED: What does it mean to dream about a witch?

Is your fear the thing that is preventing you from turning this bad into good? Do you need to face whatever it is that you are afraid of rather than letting to take hold of you? Witches are synonymous with descriptions such as ‘dangerous’ and ‘heartless’ so maybe you are in contact with someone who fits this description lately- particularly a woman. Or maybe you feel you have been this way towards someone else and the witch is a manifestation of your own behaviour. Is it time to change or apologise? You could also have negative feelings towards anything that is inherently female or feminine. Have you felt a victim of traditional beliefs or outdated points of view from others recently? If so, you might be trying to avoid or escape such assumptions and expectations based purely on your gender...