10 Things I'd like my readers to know about me by Kevin Lafferty, author of Cutting It

Author Kevin Lafferty writes a piece for Female First upon the release of his new book Cutting It: Real-Life Tales of General and Vascular Surgery. 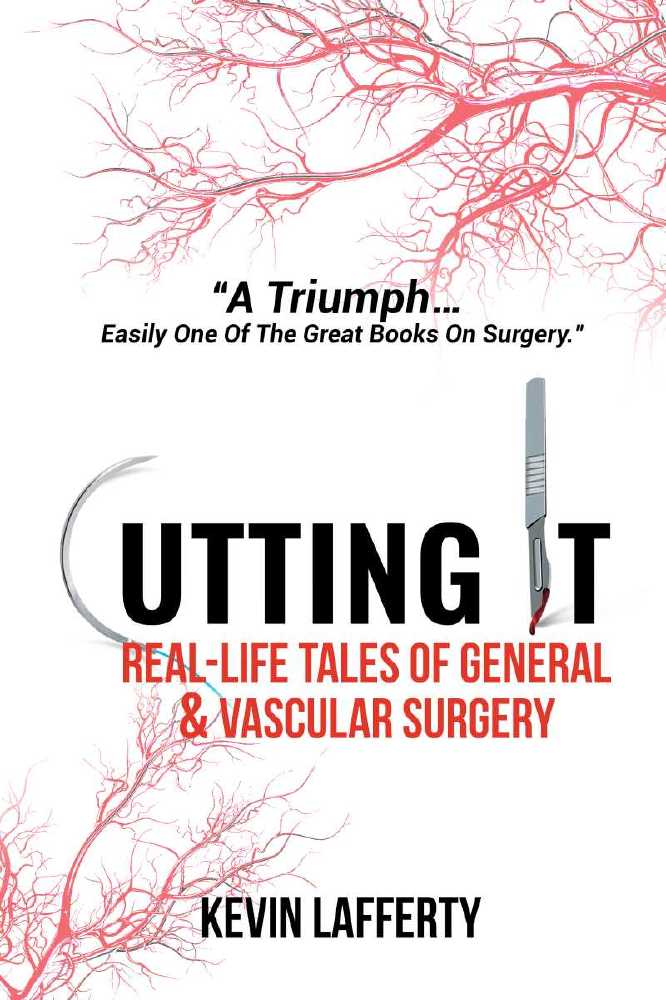 1.I smoke too much, drink too much, eat too much, don’t do enough exercise, shave when the stubble itchiness forces me to, dress like a shambling vagrant, can’t believe what passes for daytime TV entertainment, use BBC Radio 4 as background white noise, buy The Telegraph for the Matt cartoon, letters page and crossword, live in a small isolated rural home, do a bit of gardening when the sun shines, botch occasional DIY jobs, and think all teenagers should have their smartphones impounded in their rectum at mealtimes.

2. Any serious writing I do is during the dark winter months: life’s too short and I’m too old to be glued to a computer screen when the cobalt skies of summer beckon me to fly. Autumn brings keen fresh eyes, new thoughts and revisions. Consequently, I write at a glacial pace, but with new-found delight.

3. My wife calls me a lazy git, despite reassurances I’m simply pacing myself to prolong our time together and make her happy. The black lab doesn’t venture an opinion on my behaviour, though in the lazy git stakes he beats me paws down, snoozing all day on the sofa or bed, except for greeting the postman and demanding food or walks: we must be soulmates.

4. For seven years I’ve been a fully paid up member of the happily-retired curmudgeon club. And it’s true, there really aren’t enough hours in the day.

5. I regularly stress-test my coronaries by gliding and towing gliders into the sky behind an ancient Pawnee (Dusty in the Disney film, Planes), and give unofficial medical advice to neighbours, dog and horse owners appearing at my door.

6. Catholic primary school furnished me with the eleven-plus, deep existential guilt, and a lifelong distrust in the credibility of nuns and priests. Grammar school nurtured my scientific bent, erased any further interest in religion, gave me decent A-levels and pushed me into medicine.

7. I undertook five years at The Middlesex Hospital Medical School in London, qualifying in 1975. Thereafter, pure hard slog as a junior doctor for twelve years, followed by twenty-five more as a consultant general and vascular surgeon.

8. During my career I published numerous papers and articles, as well as producing two textbooks and a thesis. Teaching and lecturing was always fun, but writing for medical professionals within the strictures of scientific style has forever been a joyless chore.

9. I can’t abide “What I think …” soundbites. Instead, tell me the conclusions you reach from known and accurate truths. Failure to challenge opinions that have no basis in logic or fact is responsible for a world full of fake news, pseudoscientific fads and distorted views. “Vaccination hesitance” and “Climate change denial” are two very dangerous contemporary examples, often disguised as serious contemplative judgment. Yet both are rooted in gullible ignorant stupidity, or damnable lies.

Cutting It: Real-Life Tales of General and Vascular Surgery by Kevin Lafferty is out now and available from Amazon

RELATED: What does it mean to dream about surgery?

Consider how you feel about the alterations you are making or that are being made in your life. If you are happy about them, the dream might reflect these positive emotions, however if you are reluctant to embrace them, your dreamscape could be telling you not to resist them so much. Change is part of life so you may need to learn to accept this fact. On the other hand, it could symbolise healing. If you have recently undergone surgery, perhaps your body is starting to show signs of getting back to normal again. The healing might refer to your body mending itself in other ways- such as mental healing after an emotional trauma rather than a physical one...