Kim Vopni writes a piece for Female First upon the release of her new book Your Pelvic Floor.

The Pelvic Floor Is Not A Single Muscle

Closing off the base of our pelvis is a group of muscles called The Pelvic Floor. There are three layers of muscles and they have some very important roles in the body. The first two layers are primarily responsible for closing openings. They help control our continence so gas, stool or urine stays put until we want it to come out. The third layer is primarily responsible for organ support – the bladder, uterus (in females) and the rectum. 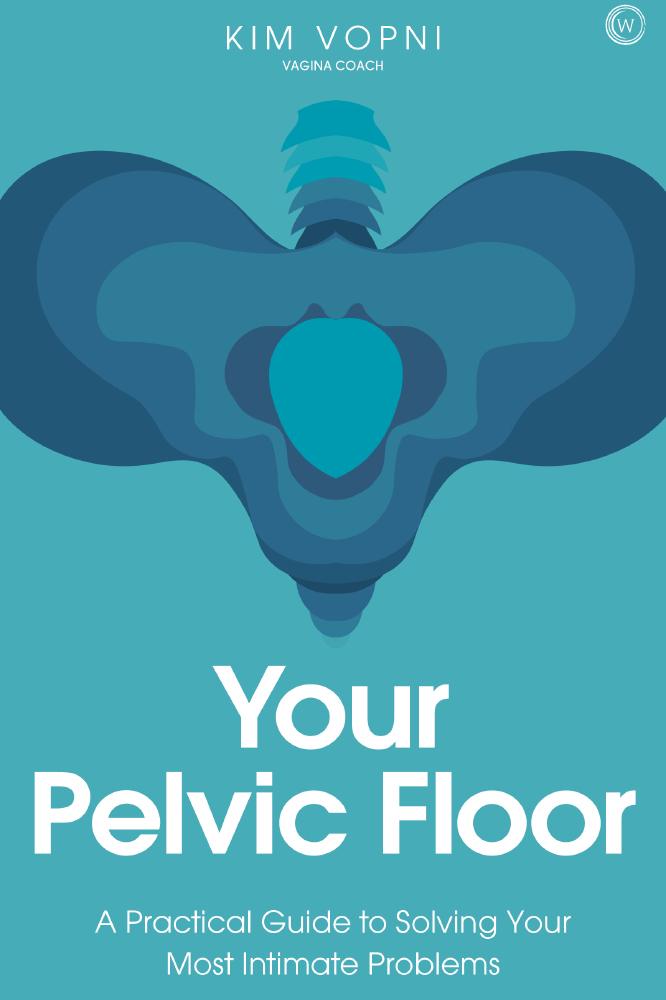 The pelvic floor is the foundation of the core and plays a role in our pelvic and spinal control and stability and it also plays a role in our sexual response. With so many jobs, very important ones, it is shocking that more information is not provided to people about the functions of this group of muscles and the necessity of caring for and training this part of the body.

The Pelvic Floor Is Part of The Core

The term ‘core’ has been used in fitness for years and is still widely talked about but rarely is the pelvic floor included in those conversations. There are different schools of thought as to which muscles are considered core muscles but there is consensus that the inner core unit is comprised of the diaphragm, the multifidus, the transversus abdominis and the pelvic floor. Some refer to this unit as ‘the core 4’. When this team of muscles is working synergistically the roles of the pelvic floor listed above are managed well. When one or more of the team is not working optimally it can throw the synergy out of whack and signs of pelvic floor dysfunction can present.

Pelvic Floor Dysfunction Can Happen to Anyone

Anyone with a pelvis can experience pelvic floor challenges but it is more common in women. The female pelvis is a wider shape to accommodate pregnancy and childbirth and the vagina and urethra are influenced but hormones and menstruation and childbirth. Females also have a uterus which fluctuates in weight each month, grows with pregnancy and can shift out of position (uterine prolapse. Pregnancy and childbirth are definite risk factors for developing pelvic floor dysfunction but even women who have never been pregnant or given birth can experience challenges.

Urinary incontinence is the involuntary loss of urine. Stress incontinence occurs when some form of exertion, such as laughing or coughing or exercise leads to tiny amounts of urine leaking out throughout the day. Urge incontinence is when there is a sudden overwhelming urge to void that is often uncontrollable and can lead to a full release of the bladder. It is have a combination of both, called mixed incontinence. While this is very common, it is not something that is normal just because you are a woman or just because you have given birth or just because you are getting older. It is very treatable and you are not alone. Women wait on average 6-7 years before seeking help and will often have tried the elusive kegel or perhaps even have purchased kegel weights or a pelvic floor muscle training device to try and strengthen their muscles. There is a misconception that incontinence means the muscles are lacking tone and therefore need to be strengthened. This is true in some cases but it could also be that the muscles are overactive and not fully releasing tension. This means that when they are called upon to react to a laugh or exercise, they are tired and overworked and don’t have their full range of power available to react strongly enough or in time. Some women will find more strength by initially working on releasing tension, also called down training, and then adding in kegels. common

Kegels Work When Done With The 3C Approach

A kegel involves a voluntary contract, lift and release of the pelvic floor muscles. Some cues to help you visualize are to think about picking up a blueberry with your vagina and anus or imagine sipping a smoothie through a straw with your vagina. Kegels are often prescribed but rarely taught so most people are doing them incorrectly. There are some biofeedback devices that can help or you can use your own fingers to self-assess but the best way to learn how to do a kegel exercise correctly is to see a pelvic floor physiotherapist. Doing kegels correctly is essential and are the first C in the 3C approach. The second C is Coordinated with movement. It is often suggested to do kegels at every red light or while brushing your teeth and while this is better than nothing, it is more effective to train the pelvic floor muscles dynamically with movements like bridges and squats and even bicep curls. The third C is Consistently. Like anything, we need to create a habit and train our pelvic floor consistently. It is not a quick fix and then forget about it, but rather a lifestyle.

We Benefit From Pelvic Floor Physio Once a Year

We have been conditioned to see a brush our teeth twice a day, floss and see a dentist once a year even if we have no toothache. We benefit from this same idea with our pelvic floor. Do kegels (with movement) daily and see a pelvic floor physio once a year. Pelvic floor physiotherapists are trained and licensed to assess and treat the pelvic floor. They can help keep our muscles working optimally and can screen for any potential issues before they become bigger problems.

Pelvic Floor Dysfunction is Closely Tied to Back Pain

Back pain is incredibly common and many will seek help from a chiropractor, a massage therapist, a physio or maybe acupuncture. While all of these can help, many never actually seek complete relief. Dr. Sinead Dufour, a Canadian researcher and women’s health physiotherapist conducted a study and found that 95.3% of women with low back pain had some form a pelvic floor dysfunction. We know from research (and also from the majority of woman who have been pregnant) that back pain is very common. Given the correlation to pelvic floor dysfunction and given that pregnancy and childbirth are known risk factors for pelvic floor dysfunction, it is astounding that pelvic floor physio is not provided to all pregnant women and new mothers. All women would benefit from pelvic floor physio annually but at the very least, pregnant women.

Media sends messages that light bladder leakages is ‘just part of being a woman’ and that pads are a necessity in every gym bag. This is false and disempowering and leaves many women feeling alone. They may avoid social outings, give up fitness for fear of leaking or making it worse and may even experience challenges with their partner. Women deserve better. They deserve to know and they deserve the care that will actually treat the problem rather than mask it.

RELATED: Eight ways to recognise you have issues with your pelvic floor

The pelvic floor is a key set of deep muscles situated in the pelvis. They run from the frontal pubic bone to the coccyx at the base of the spine. Shaped like a basin the pelvic floor holds the all-important pelvic organs (bladder, uterus and bowel) in place and supports the bladder to provide control when you wee. A strong and healthy pelvic floor will help improve your posture, help prevent leaks and flatulence, and can even improve sensation during sex. What’s not to love about the pelvic floor!...