Kira Jane Buxton writes a piece for Female First upon the release of her new book Hollow Kingdom.

I grew up in Asia and the Middle East, but my home is in Seattle, Washington. As an expat, I attended both American and British schools, so I spell “color” without a “u”, but also have an unhealthy obsession with Rowntree’s Fruit Pastilles. 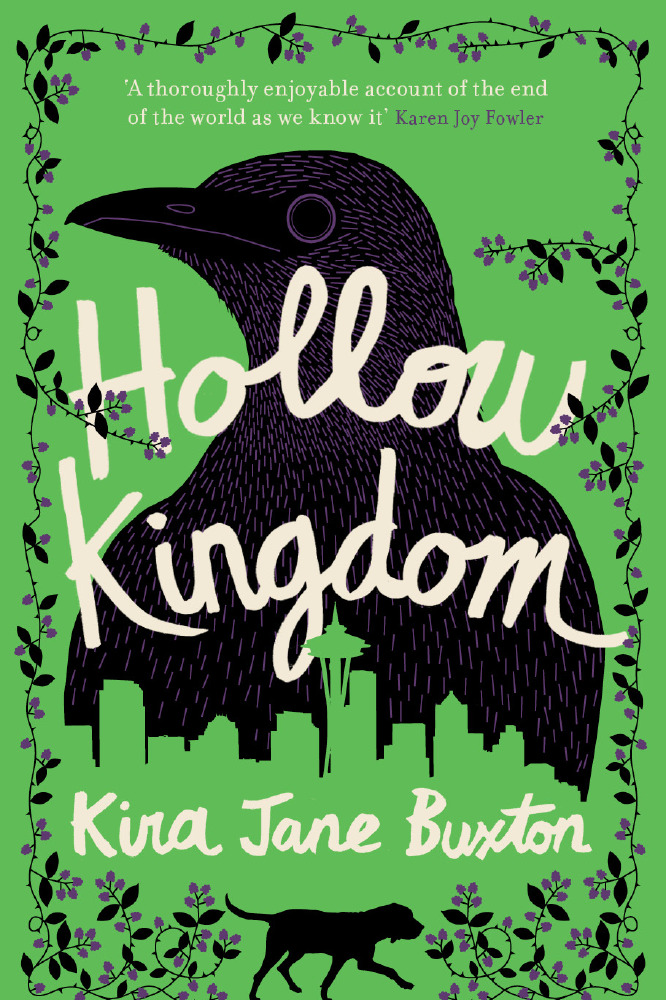 I lived in Los Angeles for a decade as I worked at a fairly unsuccessful acting career. Career highlights were working as Gwen’s Stefani’s stand-in, and getting cast as a meth addict in an anti-meth PSA for the state of Alabama. For the meth addict audition, I was told to show up at a location where they would be auditioning actors as well as real meth addicts. I showed up without makeup, put a little baby oil in my hair and was mistaken for a real meth addict.

I spend my mornings sitting in my yard (garden!) with a charm of hummingbirds. I have built enough trust with them that I’ve named them all, they land on my fingers, and I get to watch the epic hummingbird battles that put Game of Thrones to shame. It is a privilege to be bossed around by birds the size of a house key.

My husband and I accidentally became cosplayers after winning a Halloween costume party and letting it go to our heads. Now we spend much of the summers in our garage making elaborate costumes and wear them to Emerald City Comic Con. I still can’t believe any of it. Who are we?

I am a lifelong animal lover and devotee. I grew up with camels sauntering into our backyard in Dubai and king cobras slithering into our backyard in Indonesia. My first “job” was as a volunteer at a zoo in Indonesia when I was twelve, where I ended up having amazing animal encounters like hand feeding a hippo and a Sumatran rhino, and holding reticulated pythons and a cobra. I was also once bitten on the butt by a baby white tiger. I am preposterously proud of this.

I befriended two wild American crows whom I utterly adore. The female of the mated pair inspired many of the antics of S.T., the crow narrator (crowtagonist) in my novel, Hollow Kingdom. They leave me gifts, accompany me around the neighborhood and have a wicked sense of humor. One is best advised to have the corvids on one’s side.