Bestselling author Kirsty Ferry's latest book A Secret Rose was a long time coming … But WOW it sounds like it was worth the wait!

When I was a teenager in the 1980’s, I discovered Victoria Holt. If you haven’t read any of her books, I thoroughly recommend them – they are all Gothic Romance books, which basically means they are historical tales of virginal heroines and dark, dangerous, irresistible heroes. Said heroine is usually promised to a rather insipid man, and, for whatever reason, our heroine ends up falling for the dark dangerous one - and usually finds herself in Great Peril in a big old draughty mansion for her sins. Wonderful stuff. I would devour one of these books in a day, curled up in my gran’s favourite armchair, oblivious to the world. 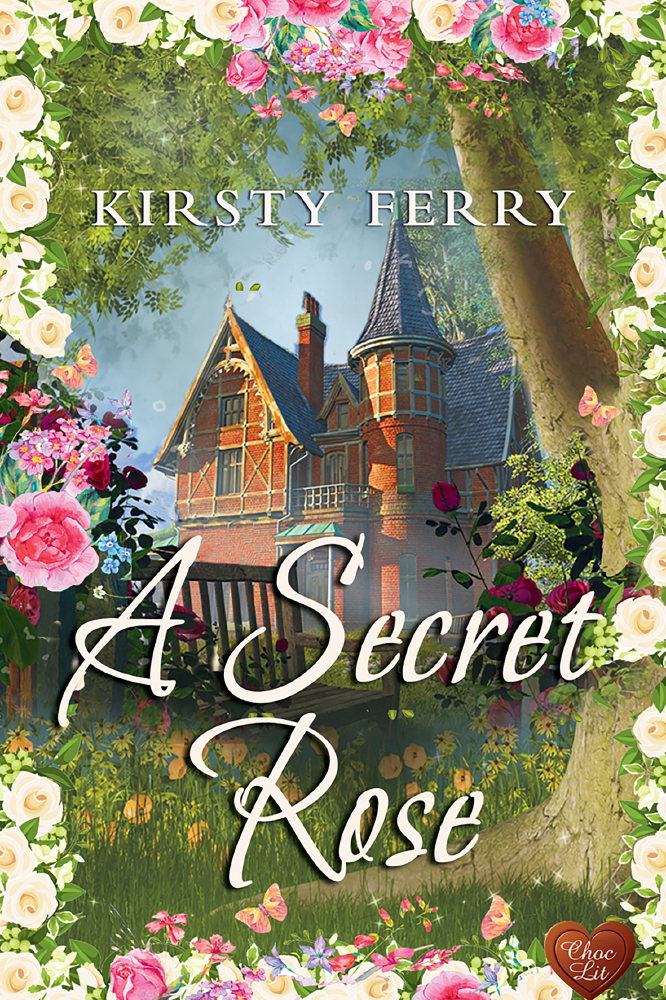 And in 1997, I did what any self-respecting budding author would do, and tried to write one.

Let me tell you, you will lose all self-respect for yourself if you try to copy Mistress Holt. It’s like rewriting Wuthering Heights – just don’t. But in my twenties, I was invincible - and probably quite deluded. So I wrote the story anyway. And I thought it was pretty good. It was set in Scotland and a girl found a man wandering amidst the heather, and lo and behold, didn’t she fall for him and marry him. He swept her off to his grand house, Glenfonan, and hence ensued the ghostly presence of his dead wife, and a mysterious man lurking in the estate – who happened to be the Laird’s younger brother who had faked his own death, and had been in love with the dead wife. He also knew the Laird had killed the wife. Feisty Young Heroine discovered a diary, and a portrait, and together with Fake Dead Brother they solved the mystery with a little help from said Dead Wife’s ghost. It ran to about ten thousand words and I thought it was amazing.

Well, when I unearthed it several years later it wasn’t amazing. It was okay. It was salvageable. And when I’d stopped rolling around the floor in extreme embarrassment at reading the damn thing, I decided to rewrite it…

And then I decided to rewrite it again…

And then I decided to rewrite it once more…

I decided this several times over several more years. But I never actually did rewrite it until 2019 – when it turned into A Secret Rose. I got myself in such a knot with it all, but eventually with the help of my publisher I unravelled the story I was actually trying to tell. It increased about eight times in length. It turned into a dual time story. It changed location to Cornwall. And the twist wasn’t quite as I’d written it initially.

P.S. I don’t intend to leave it twenty years before I write the sequel – just so you know!

A Secret Rose, published by multi award winning publisher, Choc Lit, has just come out in paperback and is widely available as ebook too. Further information on A Secret Rose and Kirsty Ferry can be found on www.choc-lit.com