10 Things I'd like my readers to know about me by Lesley Sanderson, author of The Birthday Weekend

Author Lesley Sanderson writes a piece for Female First upon the release of her new book The Birthday Weekend.

I was born in The Bishop’s Avenue - aka Millionaire’s Row in Hampstead. It was a nursing home converted from a house formerly owned by Gracie Fields. 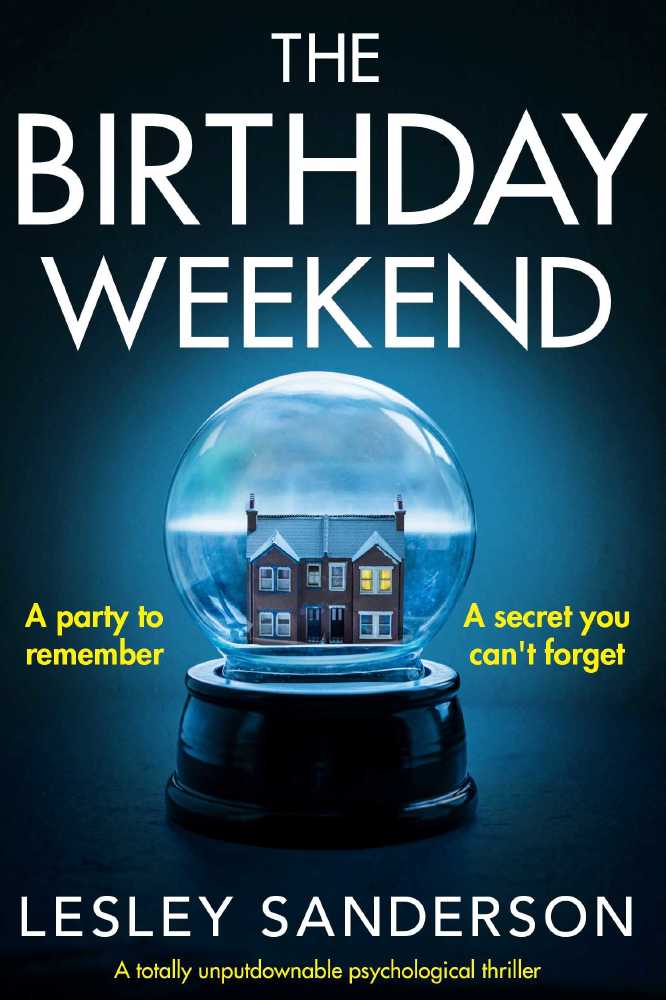 I loved to write as a child - poems and plays mostly. I wrote plays and forced my friends to learn their lines and perform them to our parents. I was a very bossy child! Many years later I’d write pantomimes at Christmas for the library service I worked in and staff would perform them.

I have always written poems for special occasions - mostly funny and for a while I had a website and wrote them to order until writing fiction took over my time. Making people laugh is so rewarding.

As a teenager I devoured the books of Malcolm Saville, a Shropshire writer who wrote The Lone Pine adventure series. I wrote to the author as I loved the characters and the settings he described and he wrote back! Later, one of my friends who comes from Shrewsbury took me to visit the places in the books. Visiting the Devil’s Chair was a special moment.

I worked at a placement in the library at the Centre Pompidou, Paris and visited lots of different bookshops and libraries as part of my placement, and stayed in a flat just across the road. Going in through the back door with my staff pass felt a bit special.

I’m fluent in French and love languages, my German and Spanish are pretty good. I collect Patricia Highsmith novels in these languages.

I’ve met Michelle Obama twice when she visited the school I worked in. She has a formidable presence and both occasions were absolutely thrilling. We had snipers on the school roof!

My proudest moment is for getting a round of applause for a line I said in a play I was once in. In another life I’d be an actor in the theatre. Learning lines, the dressing rooms, the make up - the theatre has such a special atmosphere and being on stage is the best feeling.

My family are very musical on both sides, my dad was a pianist, my uncle and cousins are professional musicians, my nephew is an awesome singer (Cameron Sanderson) and my husband plays saxophone and flute. In lockdown he has been teaching himself piccolo. My dad taught me and my siblings to play the piano as children. I used to often walk out of lessons in a strop!

About The Birthday Weekend

Dear Louise. It’s time we all put the past behind us. We’re meeting for my birthday. I want you there. Love, Amy. X

When Louise receives an invitation to her old friend Amy’s birthday weekend in a cottage next to the woods near their old university campus, a chill runs down her spine.

Fifteen years ago, Hannah walked into those same woods and never came back. Her death destroyed her friends. They’ve not met as a group since. Until now.

As the party gets underway and old grudges are uncovered, a game of truth or dare is proposed. It’s clear one person has questions about their friend’s death – and now they want answers. And nothing will stop them.

When everyone has buried secrets, digging for the truth is going to get dangerous.

A gripping and addictive psychological thriller that will keep you turning the pages, for fans of Gillian Flynn, Teresa Driscoll and Ruth Ware.

Lesley attended the Curtis Brown Creative 6 month novel writing course in 2015/6, and in 2017 The Orchid Girls (then On The Edge) was shortlisted for the Lucy Cavendish fiction prize.Lesley is the author of psychological thrillers and spends her days writing in coffee shops in Kings Cross where she lives and works as a librarian. She loves the atmosphere and eclectic mix of people in the area. Lesley discovered Patricia Highsmith as a teenager and has been hooked on psychological thrillers ever since.

RELATED: 10 Things I'd like my readers to know about me by Ella Carey, author of Secret Shores

When I was a student, my English literature lecturer suggested we all skip one week of university and go and sit at the Adelaide Writer’s Festival. It’s one of the best in the world. So, I did. I went and sat there in the Australian heat at this beautiful literary festival set in huge tents on wide lawns and listened to writers from all over the world. That was when I knew I wanted to be a writer. Wrapping my life around books and storytelling is an honour. It’s a wonderful thing... to read more click HERE