Louise Poynton writes a piece for Female First upon the release of her new book Cherish: David Cassidy A Legacy of Love

David Cassidy climbed into the hearts of millions of teenagers because he represented something made of pure beauty. 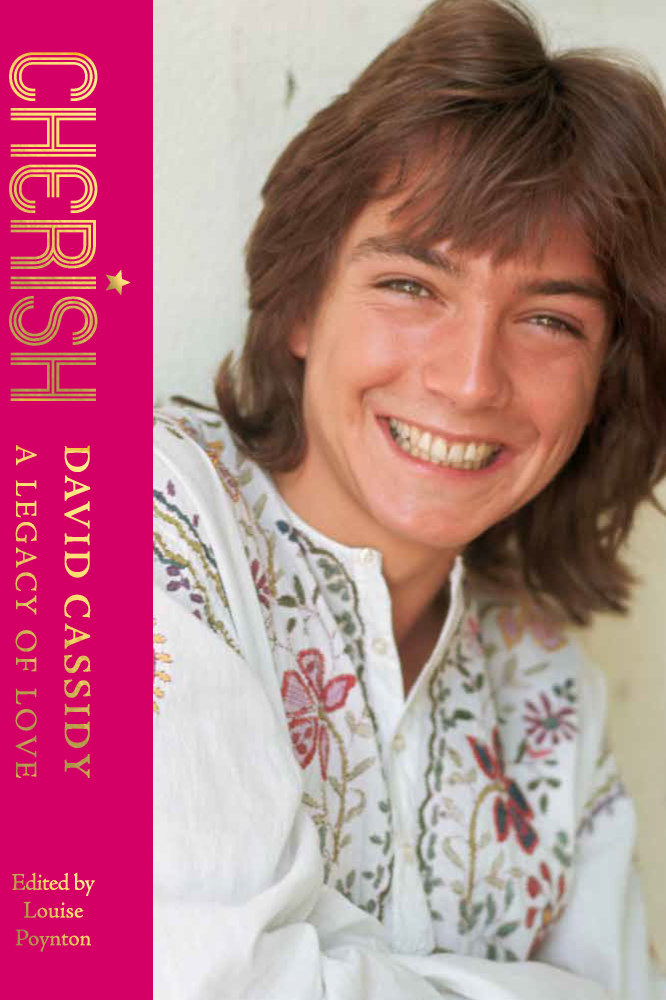 David has always been a huge part of my life. I have adored him since seeing his picture in FAB 208 magazine in 1971 – Valentine’s weekend – of course it had to be!

I yelped in the ear of my startled mother: "That's him, he's the man I am going to marry". I fell in love that moment. I was 13.

He was the star we were waiting for. We didn't want the same loves as our mothers. David belonged to us, meant specific things to every person – his music touched hearts and he represented something emblematic of that time in our lives, for whatever reason. He means a huge amount to the inner child in us.

It is a connection we, as fans, made at a time when some needed a friend, someone to love, an inspiration, or an escape. David delivered on every level. He was a safe place. Staring lovingly at his picture on our bedroom walls, we would share our innermost thoughts and problems with him. We knew he understood. Being a David Cassidy fan was the most exciting feeling in the world.

Hearing his voice transported you to another world, the energy he put into his concerts put him above any other star. He was more than just a pretty face. David oozed quality, and decency, and every fan wanted to be close to him.

When David first came to the UK in early 1972, I planned to run away from home, packing my school bag with magazines and his favourite drink, 7-Up, in case I met him on my trip to London and he was thirsty. Oh the innocence of those years! Mum tumbled to my plan and I was grounded.

Desperate to meet him, I wrote to Jackie editor, Nina Myskow, asking for magazine work experience when David was here and bombarded the music press with letters, concert reviews and competition ideas. One, a Superfan series was launched in Record Mirror in early 1974.

The first time I saw David in concert at Wembley’s Empire Pool in 1973, I was a few weeks short of my 16th birthday. It was a sexually-charged show, He was mesmerising. I felt no longer a teenager. I last saw him in 2004 in Brighton. David still made my tummy flutter with millions of butterflies and allowed the magic to be released for one more night.

I prayed for David and lit a candle in church during the days before he left us, somehow knowing it was time for him to go. He has left a legacy unmatched, was loved deeper than anyone else, inspired and influenced more people than he would ever realise.

David was a special soul sent here with a specific task: to spread happiness and a trail of light around the world. The happiness his music and very presence in this world gave me cannot be measured.