Read a scene from M.J. Markovski's new book Whatever It Takes

I’ll let you readers be the judge...

As always, I would like to send in advance, thank you for the blog invite. A big thanks to the host. I feel blessed. So my debut novel, Whatever It Takes, a romantic suspense/thriller is little bit more than what it appears on the surface. Yes, yes, yes, it is a lot of romance between the two main characters, Regan and Hunter. Some would say that the pages drip with the steamy romance. So I’ve been told. Like I said I’ll let you readers be the judge as I present one scene: 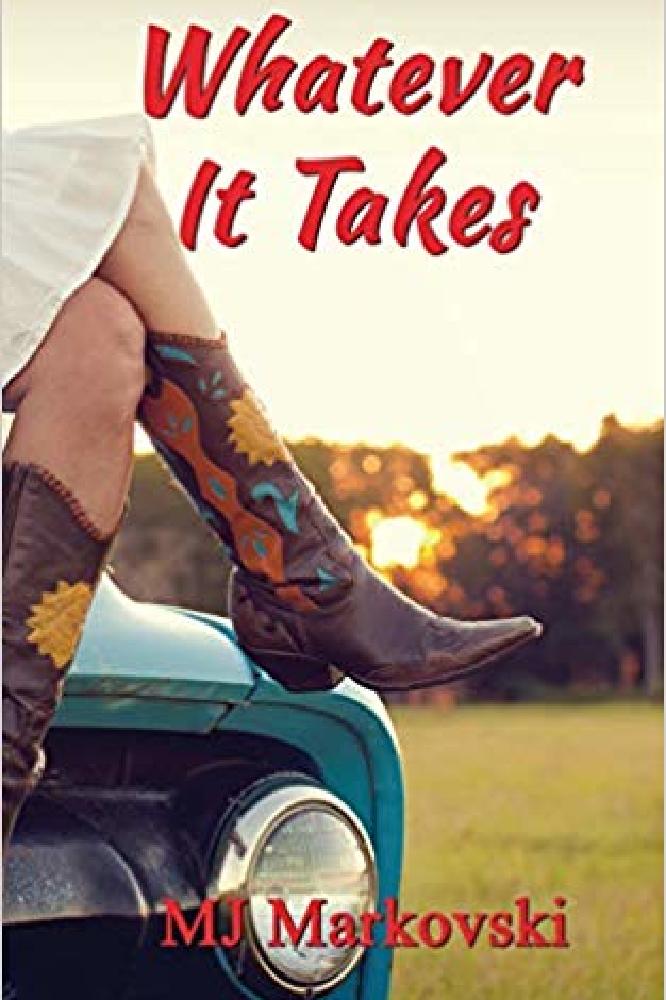 She only hesitated a moment before taking his hand. Hunter had been in some major fight. His hands were rough and scarred.

“Haven’t seen you in years,” his tone husky now, the rock salt of his voice deeper. He seemed to hold the handshake a second too long.

She nodded because her throat had closed up.

His nose wrinkled at her lack of response while Regan’s hands itched to follow the line of his nose to his lips.

Dammit Regan, get a hold on yourself. Why was he acting all seductive when he stood her up and broke her heart years ago? Where the hell was her anger?

“I see you still get tongue-tied around me,” he dared to say.

So that was a bit of the romantic side.

Yes, yes, yes, there is a lot of suspense. They could feel for the protagonists. Regan always looking over her shoulder, so I’ve been told this from fellow readers. And here is some suspense and you can be the judge as well:

Her walk slowed as a vibration came from her back pocket and she retrieved her phone. She fumbled with it, almost dropping it, but continued walking. “Regan here.” At first, she only heard static in the background. Then she heard heavy breathing, as if the caller had just finished running a marathon.

It was hard to distinguish whether it was a male or female voice, and a long stretch of silence followed. As she was about to hang up, the caller asked, “After the walk?”

The hairs on the back of her neck rose and she blurted, “What?”

Heat rose in her chest, then up around her neck to her ears and settled across her scalp. The slow burn was more like a flame. “Who is this?” Regan’s voice was calm, though every part of her body was screaming. Her career forced her to keep her phone number listed for easier access to potential clients, but now she had to wonder if she’d made the right choice. “So help me, if I find out who you are. I’ll slap a harassment suit on you so quick it’ll set your head spinning.”

And I will leave with this. In Hunter’s world, he deals with so much more. What I mean by this is ***spoiler alert*** is the male protagonist suffers PTSD that he won’t recognize and copes with the route. The first novel with some issues on that. I try my best to deal with this huge issue, it is finally being recognized. My second novel in the series, titled, All That It Takes, which is currently being written, and will have more on this as well, FYI.

Marija Carpenter, writing as M.J. Markovski, was born in Detroit, Michigan to Macedonian immigrant parents. She led a sheltered life, then moved to Arizona for college and ended up staying in Tucson.

This first novel came out of her experiences, particularly when she became disabled. She had a very bad exacerbation from MS. The doctors thought she would die from that attack but she’s far from dead. She does use an electric wheelchair for mobility. For now, she looks at it as God’s way for her to have more time to write. She says, “I don’t let my illness define who I am.”

Buy link for Whatever it Takes: