What do the grown ups do? by Mairi McLellan 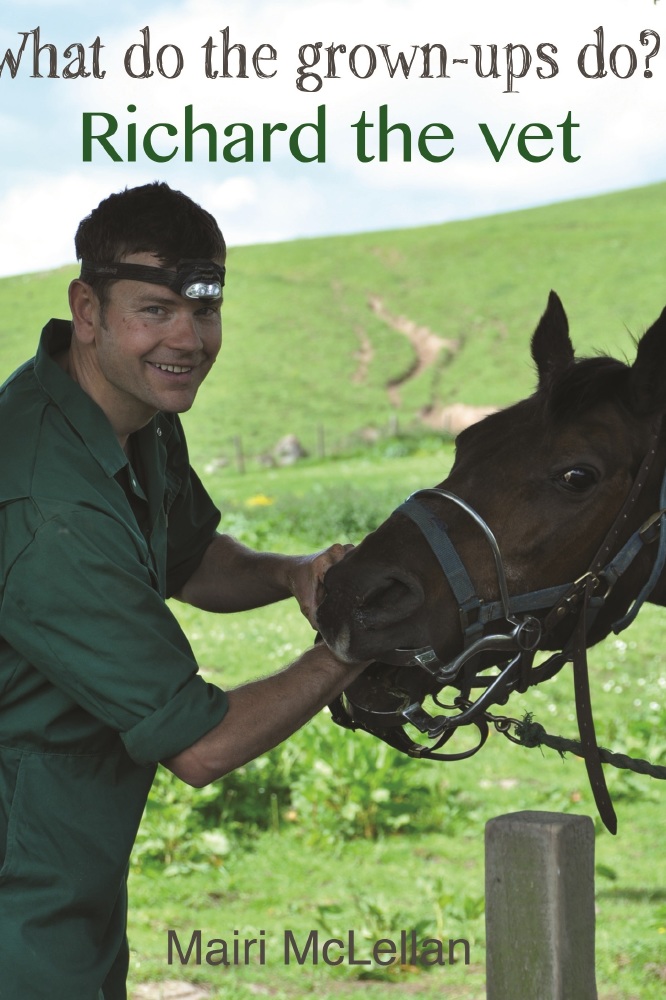 The aim of Fiona the Doctor and Richard the Vet is to teach children about jobs so it’s a really simple concept.   A big part of this is about opening their minds to the world around them.  Regardless of whether they decide to become a doctor, vet, fisherman, farmer, or actor, the fact that they understand the lives of these people and how they earn a living gives the children an understanding of real people and real life. 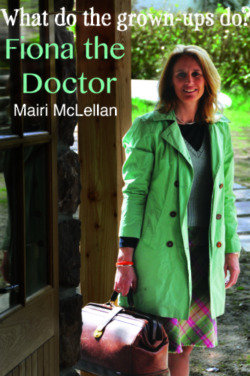 Fiona the Doctor was tricky to write due to the fact that I can’t show photos of her helping patients.  Doctors also use ridiculously long words!  I don’t like to over-simplify too much as I’m trying to stick to real life as much as possible so it’s always rather a challenge to find the balance.   Fiona the Doctor shows the Mackenzie children the equipment in the doctor’s bag used to help diagnose a patient’s problem: the stethoscope, the otoscope, the oximeter.  The children also learn about the differences between blood pressure and pulse, systolic and diastolic, GPs and specialists, and even why people get smelly feet! I’ve kept the terminology but tried to make it as easy to understand as possible.

They also learn that doctors have their own jokes! 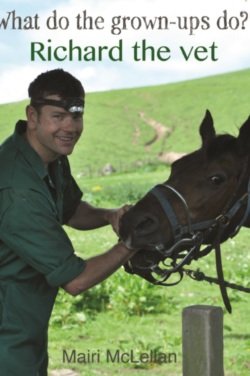 Richard the Vet was great fun to write and I spent a day on the road with Richard, meeting all sorts of interesting people and saw a wide variety of different animals with different problems. Richard is a large animal vet and spends most of his time between farms and stables. In the book, the children learn how Richard helps farmers to manage their prize bulls, how horses’ teeth never stop growing, how to remove rotten teeth and how to avoid getting kicked!

You were the bronze medal winner for Best Series Non Fiction Moonbeam Children’s Book Awards- so how did that make you feel?

In a word, delighted.  As a new author, exposure to the books is so important.  Like any business, you can have a great product, but if people don’t know about it, you’re going no-where.  My job is to try to gain exposure for the books through reviews, awards and various other avenues.  The Moonbeam Awards were such a good boost for PR as well as for morale!

What have you learned in writing this set of books?

It’s almost embarrassing how much you learn writing these books.  I’m writing children’s books but I’m gaining an education all the same time.  With Fiona the Doctor, there was basic information that I realised I didn’t really understand – I just nodded every time I was at the doctor. When you have to write it and explain it, you are forced to learn, which is a great thing.  It’s the same with every book.  Eye-opening.

Why is playing hard and working hard such an important thing for children to learn at a young age?

Bringing up children is a hot topic and one where opinions vary wildly.  It can separate friends based on conflicting approaches ­– some children run wild and undisciplined, others are kept on too tight a lease and most of us are in between.  What is right for one child may not be right for another and so on.  You could debate parenting techniques until the cows come.  What I write is my opinion on how I try to bring up my kids with respect to a work ethic – the books talk about the theory but in real life my kids are wild as the heather and regularly complain about their jobs!

The work ethic is something I feel needs to be part of a child’s basic understanding from as young an age as possible.  Behaviour patterns can be changed but if you don’t start early, it becomes much more difficult.  As parents we are all trying to set our kids up for later life to be responsible, happy adults.   A major part of real life is work and if a child grows up with a bad work ethic then life is going to be more difficult for them. Play hard, work hard is a good attitude because if you spend all your time playing you don’t appreciate play as much, and therefore don’t enjoy it as much.  For example, if my three are misbehaving when they’re playing together, I send them into the garden for some weeding. They don’t like it but they do it.  After their work, they are allowed to go and play and it is remarkable how much more they enjoy it with significantly less fighting.  Previously they were getting bored of playing but afterwards, they appreciate the time they have.

I try to emphasise that work doesn’t feel like work if you enjoy it.  For their future, if children can focus on something they think they might enjoy, then they choose the right subjects at school, the right apprenticeship or university and therefore have a better chance of getting into the line of work that they would enjoy.  If they don’t know what they want to do when they leave school, they will work it out eventually but it just makes it trickier.  Teaching them about jobs and giving them a good work ethic is just part of trying to set them up for their life ahead and the earlier we can do this, the better.

Which book have been the most rewarding to write?

That is a difficult question and I don’t really have a favourite.  They have all been really enjoyable and I have learnt so much writing each one.  Papa the Stockfarmer was the most difficult because I knew more about the topic (we farm Highland cattle) so I kept diverting off into detail.  The most rewarding was probably Joe the Fisherman because it was my first ever book and I was so pleased to have published my first book.  I honestly enjoy each one!

Have your books been used in schools and if so what has the reaction been?

Yes, I have a backlog on the school visits and I really need to put more time aside.  The reaction from the children has been more positive that I could have hoped. I recently went to a school in Inverness and was focusing on Papa the Stockfarmer with a bit of Joe the Fisherman as the kids (P3) were doing a topic on where food comes from.  They just couldn’t stop asking questions, they stayed long past the bell to go home, and the excited chatter about the intricacies of farming and fishing was delightful to hear.  As adults, we tend to think the kids will be bored by what is essentially non-fiction, job learning. The opposite is true and their thirst for knowledge should never be underestimated.

Did you have a strong work ethic from a young age, if so can you tell us a little bit about it and where it came from?

I was brought up with a lot of home chores and I swear some were made up just to give my sister and I more jobs.  We moved house a lot but we had about ten years in a tenement flat in Glasgow. It had lovely high ceilings ­– or at least they were lovely until you were the person up the ladder, cleaning and painting the dogteeth in the cornicing!  We got lots of jobs around the house and garden when we were younger and as soon as we were old enough, I was working as a receptionist (with very bad typing), in pubs, in delis, in restaurants and so on.  If we got grounded, my Father thought it was too easy just sitting around the flat so we were put on car cleaning duty.  This involved cleaning the cars in our close (six flats) and if it went on for longer, we did the neighbouring closes.  Our street had the cleanest cars in the area.  It is clear, looking back that my parents tried to instill a good work ethic and while I didn’t much enjoy the car cleaning, grass cutting, painting and so on, I just got on with it.  As I got older, I realised that the jobs needed done and it was as much my responsibility as anyone else’s.  I also had to manage my own money from an early age.  When I wanted to move out into a student flat, my Father made me present a business plan, which showed how I was going to afford my new abode with my allowance and working in a restaurant.  In the end I scraped through but had to go busking in Glasgow with my violin to top up funds occasionally!

Between my husband and I we have six jobs and a constant backlog, but life is good and I love being busy.  The next book is a very exciting one, Gordon the Wildlife Filmmaker.  It’s to be published on 28th February and it is longer than the other books as there were so many cool photos from Gordon that I just couldn’t resist putting in.  The book is about the work of Gordon Buchanan who travels to the furthest corners of the globe, filming wild and wonderful creatures to bring to our TV screens.  I’m just doing final edits for that and I always panic that I’ve made a mistake when I send them off to print.  In between, I need to try to get the books into more bookshops and generally work on marketing and PR.  In the back of my mind I’m thinking about the next book and one idea I like is to follow the job of an astrophysicist ­– maybe go to CERN as part of it.  The only worry is that I shall need to fully understand the topic before I write about it!  It would be a steep learning curve for me, never mind the children! 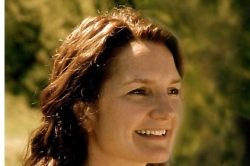 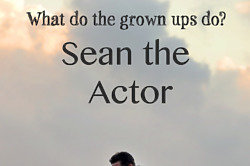