Author Marcela Mariz writes a piece for Female First upon the release of her new book Let It Rain.

1. I’m a Latina and a Carioca—a Portuguese term to define someone born in Rio de Janeiro. I moved to the US in my early twenties after graduating from Law School. I first lived in New York—where I studied theater and spent all my savings on Broadway plays and street food. I later moved to California, where I published my first book, the YA sci-fi The Chosen of Gaia, and taught myself how to surf, after breaking two ribs. 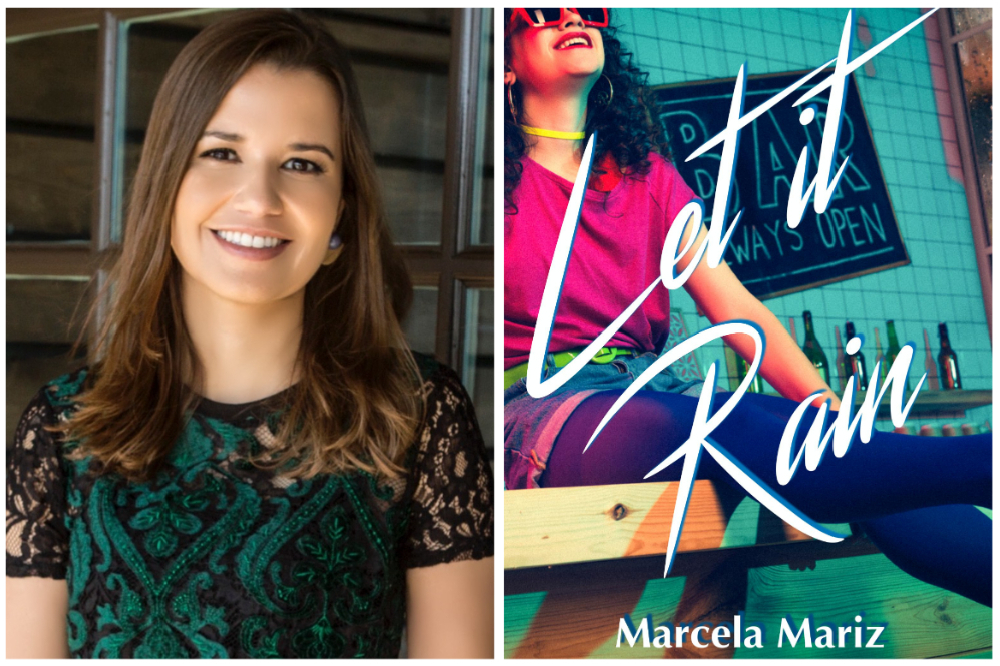 2. English is my second language, and I became more fluent by reading as many books as possible and by watching tons of movies—it was the perfect opportunity to rewatch my favorite 80s movies à la John Hughes. Not only were my addictions paying off, but I could do all that while snacking on popcorn and Nutella.

3. My family moved a lot, but I lived in a small mountain town in Rio for several years, where everyone knew everyone, gossip and rumors would spread like wildfire, and many grew up surrounded by the same familiar faces. I believe small towns have a universal aspect about them, and I wanted to transplant that “closeness” to the background of my second novel, Let it Rain, which takes place in a fictitious town in Connecticut called Eaglewood.

4. I’m powered by music. The first thing that I do when I wake up is to press play on Spotify, anything from Bossa Nova to Jazz to alternative rock. Music is also part of my writing process—I choose music that matches the emotional tone of what I want to write. I definitely listened to a lot of 80s pop songs penning Let it Rain; I even put together a playlist.

5. My passion for storytelling started on the stage—first as an actress at the age of thirteen, then as a playwright, having my first play produced at the age of sixteen. Once in California, I began to study film—I’ve been working as a professional screenwriter for a few years. And, so far, I have directed and produced short films, music videos, and a feature documentary.

6. Considering my background in both theater and film, my novels tend to be more fast-paced, with more emphasis on dialogues, and my writing process tends to be more visual—I usually write by picturing the story as movie scenes. I also gravitate towards adding a hint of humor to most of my work.

7. Above all, I consider myself a storyteller, and I like to write different genres, from rom-com to horror. I know there’s a tendency to market an author under a specific genre. Still, unless that’s the author’s preference, I don’t agree with putting writers in boxes, labeling and binding them to one type of work; it’s limiting and suppressive.