Marion Todd writes a piece for Female First upon the release of her new book See Them Run.

Picture this: I’m eighteen years old, straight out of school and I’m waiting for my first university tutorial to start. 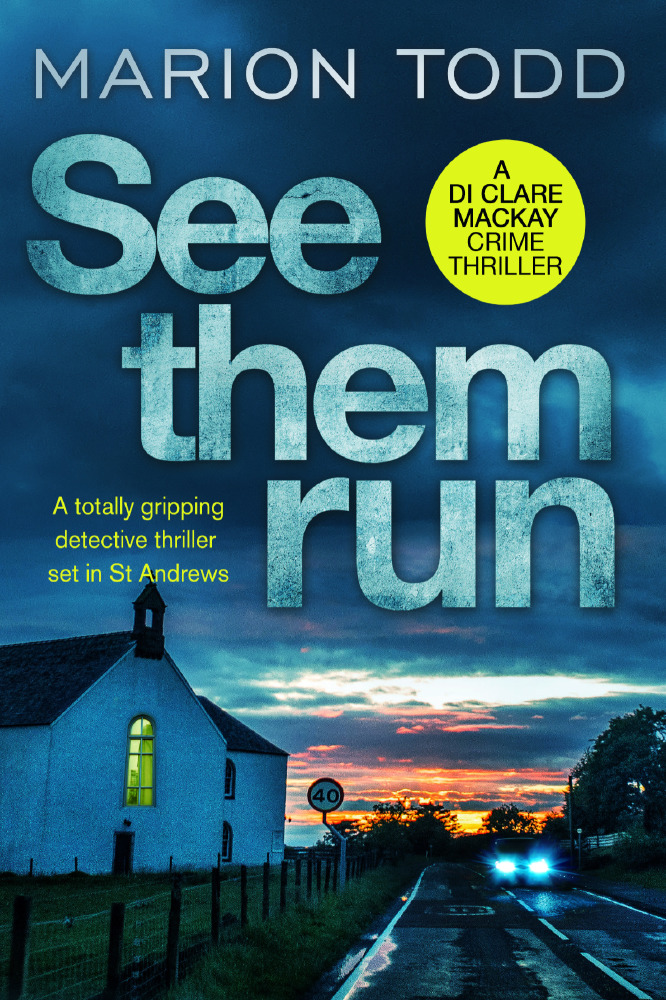 I had settled well into university. Nice room in student halls, exciting new friends, thought-provoking lectures. Student life was good. And now it was about to get better. My first tutorial with a real live professor.

I had handed in my essay ten days earlier and sat now in the professor’s office with the rest of my tutor group, all male. The professor too was male.

After a general discussion of the topic the professor moved on to our essays, beginning with mine. And that’s where things began to go wrong.

The essay, he said, was poor. To illustrate this point, he quoted extensively from it, citing my ‘clumsy grammar’. He even told the room exactly how many words were in one sentence, so stunned was he by its ‘extraordinary length’.

My cheeks burned with the humiliation. I stole a glance round the group but their eyes, to a man, were fixed on the floor. Eventually, he moved on to another student’s essay and I sat through the rest of the tutorial, hearing not one word. I had been kidding myself. I had no place in this rarefied environment.

Over the next few months my work did improve and my marks climbed steadily. But I never forgot that experience and I never forgot how that man made me feel.

I saw out the year, then left university, the knock to my confidence just too great. I did complete my degree some years later but the memory of that first, dreadful tutorial lingered.

Time passed and I should have moved on. But somehow I couldn’t. Humiliation turned to resentment and I began entertaining murderous thoughts, conceding reluctantly that murder was illegal. Worst still, Humiliation By Tutorial was not an adequate defence. Believe me – I did check!

I was writing now and, as an avid reader of crime fiction, I was keen to pen a novel. One storyline, in particular, nagged away at me and I devised a plot in which a bullying professor would die. Furthermore, the vengeful murderer would escape scot-free! It was time to settle the score.

As an exercise in therapy, that first novel was a success. I had killed off the professor, in my mind at least. But, as a novel, it was weak. The narrative and plot were thin, the character of the professor one-dimensional. But, by contrast, I had fallen in love with my detective, DI Clare Mackay. I might not have written a marketable novel but I had created a cast of characters I could build on.

I knew now that something positive had come from that humiliating experience and I began to plan and write a new crime novel featuring Clare and her colleagues. This time there were no axes to grind, no bullies to murder – just great fun to be had with plot and characters. The result was See Them Run, my debut crime novel, to be published by Canelo on 31 October. Early reviews are excellent and not one of the reviewers has used the term 'clumsy grammar'.