Martha Ackmann: Seven things I'd like my readers to know about me

Author Martha Ackmann writes a piece for Female First upon the release of her new book These Fevered Days.

I write in a cabin in the woods.

I’m not one to write in coffee shops, around other people or even with music in the background. I need silence and solitude. Years ago, a friend built me a 10 X 12 cabin in the woods. It has a large window looking out on an old New England logging trail. That trail is the superhighway for moose, bobcats, foxes, and even bears. It’s the kind of sociability I thrive on. 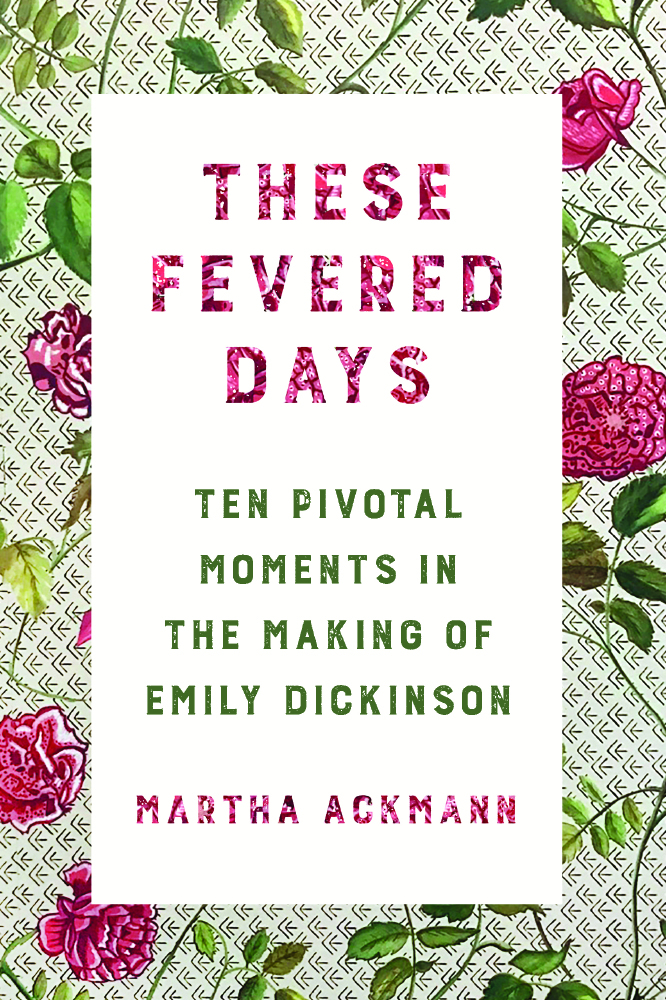 Two books that had the greatest impact on me are In Cold Blood and Adventures of Huckleberry Finn.

As a native Missourian, I grew up on the river and on Mark Twain. I love the plainspoken authenticity of his prose. Huck Finn also taught me that literature should matter. It should tackle subjects that open our hearts and minds. I first heard Capote read from In Cold Blood when I was a teenager, and my world utterly shifted. I had never imagined a literary genre that could combine the reportage of journalism with the style and tension of fiction. Of course we now know, Capote’s work is filled with problems as far as facts are concerned, but – still - it showed me what narrative non-fiction could do. I’ve been absorbed by the style every since.

I was the first schoolgirl in my hometown of St. Louis to win an award for sports writing.

When you grow up in a sports-loving family, you can’t help but be interested in sports. I worked on my junior high school newspaper, and once volunteered to write sports for a city-wide journalism contest. Turns out I won, and when I went on stage to pick up my award, the adult organizing the event made fun of me. “A girl?!’ he exclaimed. Years later I wrote Curveball, a book about the first woman to play professional baseball in the Negro Leagues of the 1950s. The book was adapted for the stage by playwright Lydia Diamond, and Toni Stone made its world premier last year in New York. It’s playing across the United States now. So there!

I discovered Emily Dickinson when I was 16.

I discovered Dickinson in my high school literature class. We read the poem “After great pain, a formal feeling comes,” and I couldn’t untangle a single line. But something happened in that moment: I understood the words without being able to explain them. That’s part of Dickinson’s genius, I think: reaching us in a place beyond intellect and language. I’ve spent the better part of my life trying to understand that moment back in high school because - once hooked - Dickinson never lets you go.

Oxford’s Turf is my favorite pub in the world.

I completed part of my graduate work in literature at Oxford. The wonderfully ancient Turf—14th century, I think - was near Lincoln College, on the other side of the Bodleian Library, and down a narrow, winding street. I went there often when I wanted to escape work. But I don’t particularly like beer, and would spend an entire evening under those low beams drinking a single pint. I’m surprised they didn’t throw me out. I was a terrible customer.

I insert “winks” in my books – nods to friends and family that only they will notice and appreciate.

When I’m writing, I often think of friends and family and plunk in a word or jokes that would give them a chuckle. I think of the insertions as “winks” – a way of keeping loved ones close. For example, in the preface of These Fevered Days, I write about weather being one of the most commons markers for remembering a day. You recall that it was snowing, for example, or “hot as blazes.” My father used to say, “hot as blazes” all the time. I know my brothers will recognize that phrase, and smile.

If I weren’t a writer, I’d be an announcer at the Grand Ole Opry

I love country music, especially the classics of Johnny Cash, Loretta Lynn, Patsy Cline, and Dolly Parton. I have a background in radio and can think of nothing better than to be the announcer on the Opry’s Saturday night radio program. I don’t think the Opry has ever had a woman announcer, so maybe there’s hope for me. Come to think of it, that could be my next act.