Naseem Jamnia, author of The Bruising of Qilwa: Seven things I'd like my readers to know about me

Naseem Jamnia writes a piece for Female First upon the release of their new book The Bruising of Qilwa. 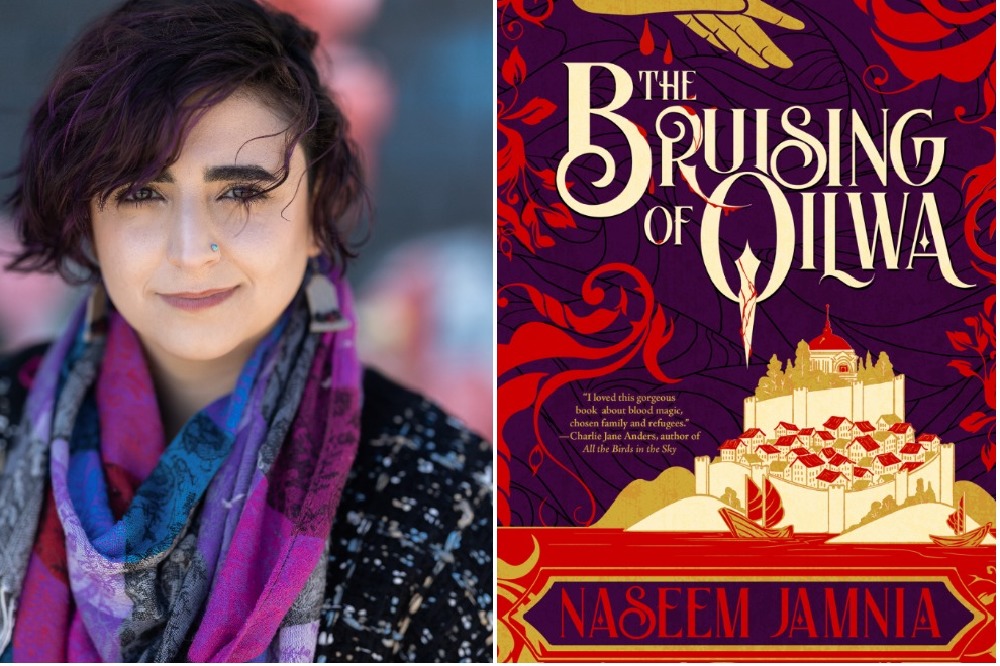 Naseem Jamnia, The Bruising of Qilwa

Before I decided to pursue an MFA and write full time, I was a neuroscientist. My undergraduate and master’s are in neuroscience and endocrinology, and I was in a neuroscience PhD program before I left. My work was in rodent models of neuropsychiatric disorders. I’ve worked in models of OCD, anorexia, depression, anxiety, and repeat/single concussions, and I prefer working with rats to mice (they have bigger brains, literally). (Fun fact: my husband is a geologist, so our couple nickname by our friends is “The Scientists.”)

I’m a big gamer. Board, video, you name it. I’m mostly a fan of eurogames (Castles of Burgundy and Tzolkin are my favorite) and JRPGs, although only one is in my top three favorite video games (Persona 5 Royal, Dragon Age 2, and Undertale). Actually, until last fall, I was the managing editor at a gaming criticism website called Sidequest, for whom I still write and appear on our monthly podcast. (I’m fairly recent in tabletop games, and my experience is mostly in non-D&D systems because my husband notoriously hates D&D. I’m hoping to run a campaign of Thirsty Sword Lesbians uh… eventually.)

If you ask me what my favorite movie is, for years I would have told you Dead Poets Society without hesitating. I love Robin Williams movies, and the combination of angst, broody boys, literature, and boarding schools was a no-brainer for me. But then last year I saw Titanic, and wow. I’m as queer as the next guy (well, probably queerer), but this is one of the best movies I’ve ever seen. Hear me out! If you view it as a cishet YA romance, it’s got it all: the personal stakes (Rose is trapped in her life; Jack doesn’t know where he’s going), the ticking clock (it’s hinted throughout, plus, we know what’s coming), a villain who is easy to hate (two-pronged between Rosie’s abusive fiance and his butler, but also the financier of the ship who keeps urging things ahead), and side characters who enhance rather than drag the story down. It’s a long movie, but the pacing is spot on and everything is constantly building. If you haven’t seen it recently or at all and don’t mind romance, check it out.

I love cooking. I can’t even remember how old I was when I began to cook. Hospitality is a huge part of Persian culture, and because Persian dishes can get complex, cooking for someone a sign you love them. In college, I discovered baking, which wasn’t something my mom ever did. I became a stress baker, but I don’t tend to eat much of what I bake. My baking specialty? Cheesecake.

Have you seen that eHarmony spoof about loving all the cats? That’s basically me. My own cats are used to my, uh, antics, but I also tend to scream “HELLO I LOVE YOU” at every cat I see. That all being said, my now-husband had a dog when I moved in, and I don’t think I can live without one.

I have aphantasia. It means I physically can’t picture things. It’s genetic; my mom is the same way. (My dad, meanwhile, is an engineer, and whips out a piece of paper to draw whatever he’s describing 100 percent of the time.) This makes writing descriptions extremely difficult, so please don’t ask me what my characters look like!

The Bruising of Qilwa is set in a larger universe I’ve been playing in for a while—and is not the only story to be set there! I won the inaugural Samuel R. Delany Fellowship from CatStone Books to work on You Came Out of the Forest, my MFA thesis novel set in the same universe but 40 years after the events of Qilwa. Forest will hopefully answer some questions at the end of Qilwa, but hopefully open up many more than its sequel, a preq uel set during the events of Qilwa, will answer. Like Qilwa, Forest is a quiet story, but it still deals with similar themes of colonialism and oppression, empire-building and the aftermath, and complicity and erasure.